12:45. That these Games have been watched by a one-eyed man, I think it is already evident by now, right? Now they are being overshadowed by a succession of scandals that dot your organization, the last of which has forced the departure of one of those responsible for the opening ceremony on the eve of its celebration.

From macho statements to jokes about the Holocaust and humorous comments about bullying of the disabled, to accusations of plagiarism and corruption scandals, those responsible for organizing the Games have been involved in all kinds of controversies.

12:40. Tokyo authorities accounted for 1,979 new cases of covid-19 yesterday, on the eve of the opening of the Olympic Games in the capital, a figure that returned to its highest level in more than six months.

The increase in cases in recent days has generated concern among health experts, who fear that the sports competition could become a super propagating event of highly contagious variants, such as the delta, which already accounts for a significant percentage of the new ones in Tokyo and globally.

12:33. What do you expect from the Spanish performance at these Games? Will we improve the 17 metals of Rio 2016? Will we overcome the 22 medals of Barcelona 1992, our Olympic top?

12:30. The competition program for the second Japanese Summer Games (the first was in 1964) includes 33 sports, with four newcomers (climbing, surfing, skateboarding, and krate) and one, baseball / softball, which came out in 2008 and is now returning to the game. menu.

12:25 Before continuing I want to make a couple of clarifications that many of you will find redundant but that I think are necessary. First, to insist that these are the Tokyo 2020 Games despite being played in 2021.

Second, that it is not the same to speak of the Olympic Games as the Olympics, which is the four-year period that separates some Games from others. In fact, this is the thirty-second Olympics and the twenty-ninth Summer Olympics.

Why this lag? Very easy. There were three Games that had to be canceled due to the two World Wars. The 1916 Games were to be in Berlin, the 1940 Games initially in Tokyo and then Helsinki, and the 1944 Games in London.

12:20. Today the Spanish archers have entered into action. Ins de Velasco and Daniel Castro, who participated in the individual qualification round of the Tokyo 2020 Games, were unable to enter the mixed team competition, by finishing 21st in the global tally. Only the 16 best passes passed.

Ins de Velasco was 48th in the Yumenoshima field with 628 points and Daniel Castro was 44th with 650, with which they accumulated 1,278, which left them in 21st position, 19 points behind Bangladesh’s 16th place, which in the second round will face the almighty South Korean this Saturday.

In the individual competition Ins de Velasco will face the American in the first round on Wednesday Casey kaufhold, which was seventeenth with 653, and on Tuesday Daniel Castro Taiwanese Chung-Heng Wei, who was twenty-first with 661.

12:15. The Olympic torch relay of the Tokyo 2020 Games ended this Friday in a closed-door ceremony for the covid-19, hours before culminating his role with the lighting of the cauldron in the Olympic Stadium at the opening ceremony.

Kabuki theater actor Kankuro nakamura, a prominent figure in the Japanese performing arts, was the last reliever to receive the flame and in charge of starring in the symbolic lighting of a small cauldron, as in other similar ceremonies that have taken place throughout the country due to the pandemic . 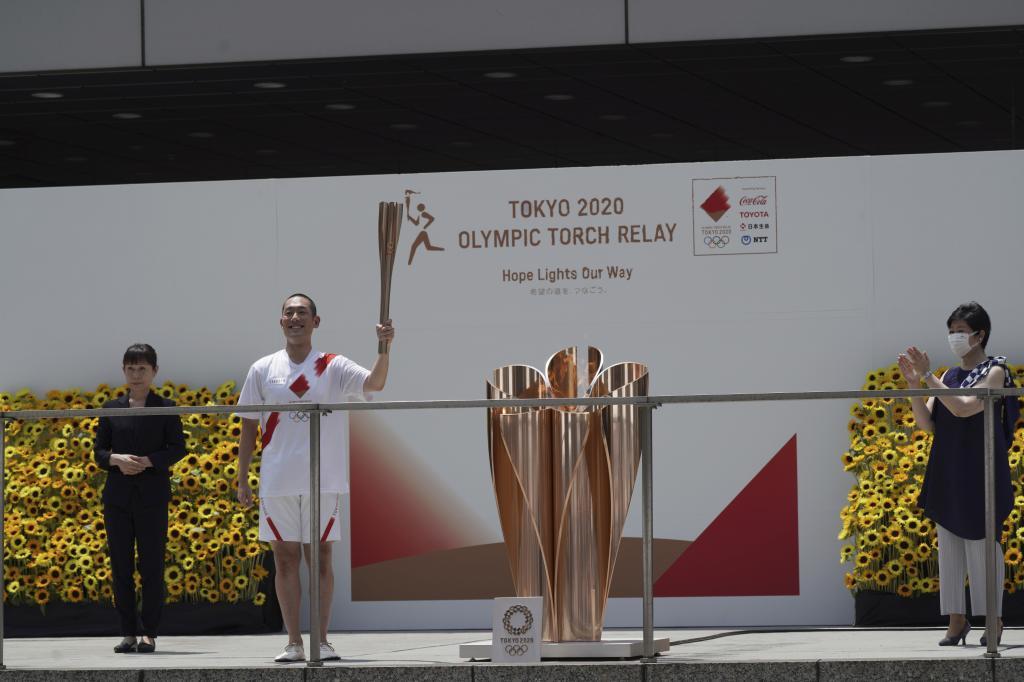 12:10. 8,500 soldiers have been deployed, while 60,000 policemen will patrol the streets and venues during the competition, the largest deployment of its kind in Japan.

For the first time in Olympic history, in enclosures without public to not give facilities to the coronavirus, you can clearly hear the tapping of the nails on the board, the splash of arms and feet in the pool, the labored breathing of the gymnasts in full effort, the instructions of the coaches to their teams, even thick words uttered in moments of frustration.

12:00. Good morning everyone! In one hour the opening ceremony of the Tokyo Games begins, although the competition really started last Tuesday with softball and has continued in the following days with sports such as football, rowing or archery. 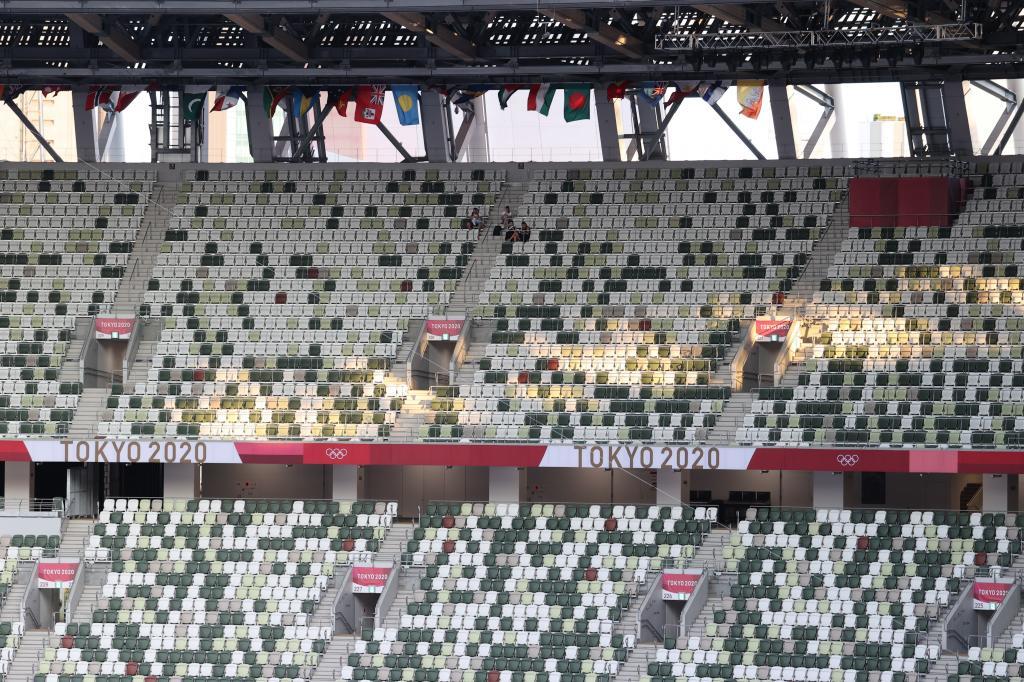 Due to heavy restrictions to prevent the spread of the virus, the celebration will not have an audience in the stands for the first time in history of the games.

The Olympic Stadium, with a capacity for some 68,000 spectators, will host a small representation of the 11,500 athletes from more than 200 countries, as well as less than a thousand (950) of foreign leaders and authorities, where only 150 will be local representatives.

The Games take place officially from July 23 to August 8, in the middle of a state of emergency in the host capital that suffers a new wave of infections and in the last days sum almost 2,000 daily cases of contagion, a figure that has not reached since January and that worries the authorities.