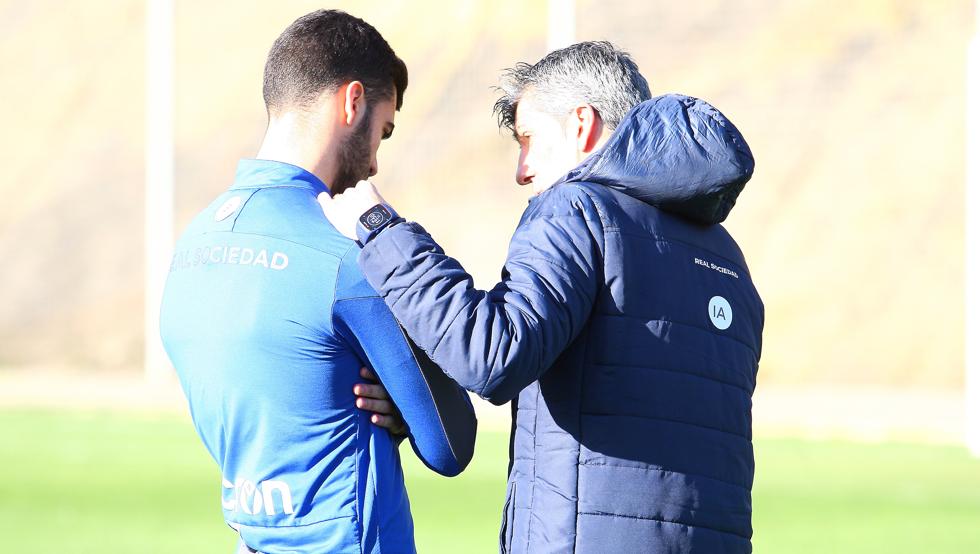 La Real paid Newcastle between 10 and 12 million so that Mikel Merino became the third most expensive signing in the history of the entity. Only the operations of Asier Illarramendi (16 million to Real Madrid) and Carlos Vela (14 to Arsenal) exceeded the one that was closed in 2018. A significant movement then and that has been confirmed, over time, in one of the best reinforcements of the recent folder of the entity. La Real has grown with Merino and vice versa. A positive reciprocity that has its origin three and a half years ago.

Merino was a bet from Roberto Olabe, the head of sports for Real Sociedad. As soon as he took office after Loren’s dismissal in 2018, Olabe went after Merino, looking for a boost for the midfield. The firmness of the attempt convinced Merino, who wandered through the Premier League when he did not finish consolidating at Newcastle.

The difficult times he went through in England joined those that cooled his career at Borussia Dortmund, Mikel Merino’s first destination upon leaving his home, Osasuna. The midfielder pointed out ways as he left the Tajonar factory, rose to Primera as a rojillo and made an impression by being international with Spain in the lower categories. The pearl of Navarre was choked on succeeding abroad, in Great Britain and Germany, until the Royal came to its rescue. And in Anoeta it has exploded.

The explosion of his potential is not understood without Imanol Alguacil. Merino is the alter ego of the oriotarra, the one in charge of giving him the stripes after the doubts planted with Asier Garitano. The tactical nuances of Imanol, such as the coordination in the high pressure of the Real, are fully matched by the abilities of Merino, an imperial player who organizes the Real as a beacon in the center of the field.