Ola Källenius continues to shape Mercedes’ new future business strategy. The top leader has made it clear that there will be an electric model per combustion line. The Daimler CEO wants to increase profits in the luxury category, confirming an electric Mercedes-Maybach EQS in the future.

We already know that some of the models in the current Mercedes range will disappear from supply in the coming years. The star brand spends a lot of money on investments that need large games, and also has increased sales of certain models, but this does not mean earning more. And what Ola Källenius wants is precisely money, what is generated in the most exclusive models.

And this is not achieved with the higher sales of compact models, especially since the profit margin is much lower, quite the opposite than in the luxury segment. And when we talk about luxury, we do it in the strict sense of the word, which is why we refer to an S-Class and Mercedes-Maybach, where the stars really win. Although Källenius has only confirmed a luxury electric model, we have already told you exclusively that the first will be the future Mercedes-Maybach EQS SUV. 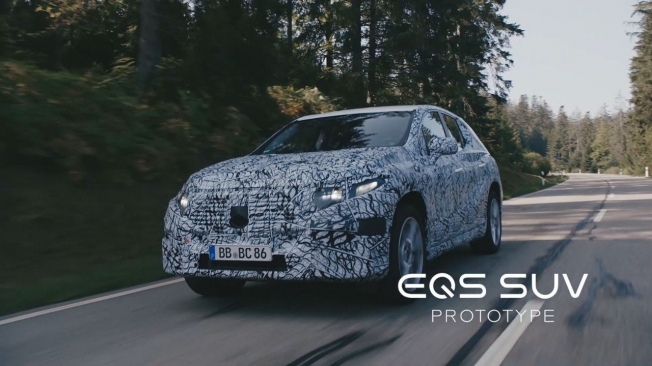 New Mercedes EQS SUV prototype to hit the market in 2022, including a Maybach variant

The future Mercedes-Maybach EQS SUV will arrive before the middle of the decade, confirmed by the CEO of Daimler

Källenius knows that the luxury saloon, the flagship of technology, is a true benchmark among the wealthiest pockets, far above some of the direct rivals and a model highly appreciated in China. In fact, orn out of every seven S-Class units sold in 2018 was a Mercedes-MaybachTherefore, extending these models to electric ones should not be a problem, rather the opposite.

Considering these estimates and reflections, the Daimler boss has also confirmed what we told you exclusively a few weeks ago, the luxury division will be extended to Mercedes EQ models and, therefore, we’ll see a Mercedes-Maybach S-Class in the next few years, transferring the most superb and exquisite luxury to the electric SUV in which space will also be a very exclusive addition.

The firm will offer a version at the height of the Mercedes-Maybach GLS 600, with two electric motors that will develop a maximum power of approximately 550 hp, along with a battery that will offer 700 kilometers of autonomy, although its more luxurious character may imply a capacity greater than 110 kWh. For now, unconfirmed data but we can tell you that its benefits will be at the height of luxury.