Immigrants like Rubiela Correa, Ana Ramírez, Felipe Idrobo and Santa Arias, they have already been in a hunger strike with which they try to move and pressure the state Legislature and the governor Andrew Cuomo to approve $ 3.5 billion for a fund that helps hundreds of thousands of New Yorkers excluded from federal and state aid in the COVID-19 crisis.

And in addition to the more than 270,000 undocumented workers, which they estimate have had to pass the green and ripe since the coronavirus pandemic began due to not having any type of stimulus, another population that the strike watches over and defends the need to give the green light to the $ 3.5 billion fund, they are the prisoners fresh out of jail.

The promoters of the initiative, held by the State Legislature In their latest negotiations around the budget, they warn that if they do not shake hands with the 45,000 prisoners who have been released from prisons since the pandemic began to stay afloat, another explosive crisis will be created in the middle of the crisis that already exists.

That is felt firsthand by New Yorkers who recently got out of prison as Charly Martinez, who assures that the already difficult process of readaptation to society, after having been locked up for several months, trying to “stand up again” amid the wounds left by the COVID-19 pandemic is more difficult, without help.

“People think that when one gets out of jail and regains his freedom, everything is joy, but many of us have to live another type of jail outside. Not only do we not have our own house to stay in, in jail they do not help one well in the jump to the street, they do not give us work because of the seal of having been prisoners and we no longer fit in well with the family, but one goes out with traumas and it depresses you to see yourself without a dollar in your pocket, “he says the 29-year-old, who prefers not to talk about the prison where he was or the crime that took him there. “We cannot request unemployment insurance, because we do not qualify and many of us have not done taxes in years, so we do not receive any help even if we have papers. It is very hard trying to get up when all the conditions and now the pandemic, push you down“.

A similar sentiment seizes Dawedo Sanon, who was released almost three weeks ago from jail and in addition to having been in the Taconi Women’s Prison in Bedford Hills, upstate New York, he was in an ICE detention center. The 28-year-old, originally from Haiti, assures that although she has a “great desire” to resume her life, and perhaps return to the nursing studies that she had when she was arrested, the panorama has been everything, except honey on flakes for she.

“If before things were difficult, now it is worse to return to the community, especially because there is no work and also one comes out with the stigma that he was imprisoned. That is why it is urgent that they approve aid funds for those of us who are taking to the streets in the midst of the pandemic to be able to get up, ”said the ex-inmate, who was deprived of liberty for 2 and a half years.

The former intern made a call to the Cuomo Administration and to the Legislature to help prisoners like her who recovered their freedom in the midst of the pandemic. Just ask for an opportunity to “fly and dream again.”

“We all deserve a second chance. Nobody is perfect. We are human, we made mistakes, but we want a chance. We are not the worst of the worst, we are people with families, and most of us want to be better people, to be part of society. We only ask that they open a door for us and help us, “added the Caribbean. 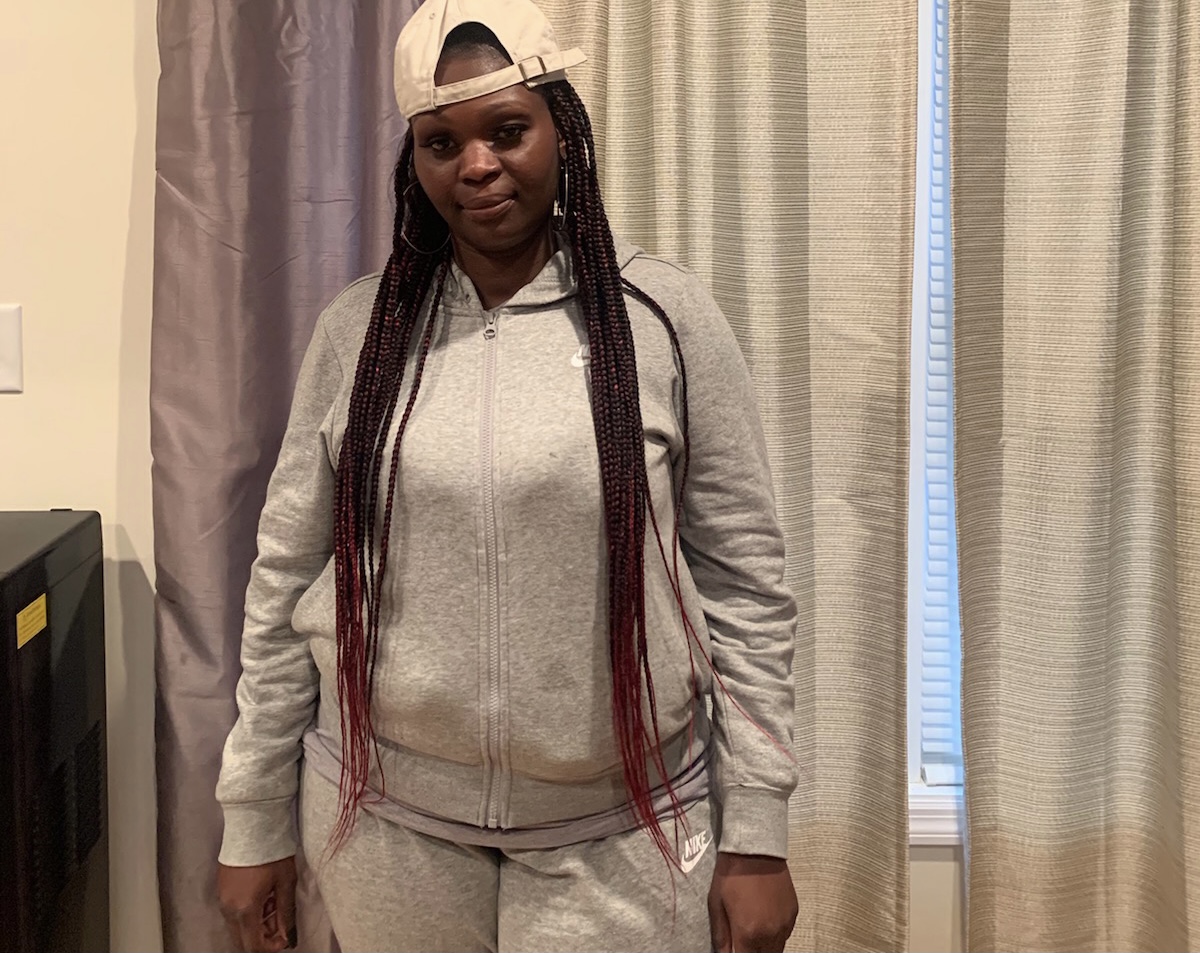 The young woman, who has had the fortune of arriving at his family’s home in AlbanyHe added that if the State turns its back on the released inmates, and does not approve the funds, it would be confirming that “the system is inhumane and is designed to leave those who leave prison, mostly people of color and Latinos, on the floor. and with no option of redemption.

Bianca Guerrero placeholder image coordinator of the Campaign for the Fund for excluded workers, assured that it is the commitment of the state government to help the most vulnerable prisoners “so that they can have food in their stomachs and hope in their hearts ”.

“What we are looking for is that with these funds Let’s ensure that people who have been released from prisons have access to financial aid and support. Let’s imagine for a moment the drama experienced by someone who recently left and who has tried to look for work when restaurants were closed, as well as businesses, and who has a (criminal) record… it is very hard for them, ”said the activist. “In times of crisis it is harder for them and we cannot leave them alone without receiving anything. We have to make sure they are included and can be the best members of society that they want to be. “

Guerrero explained that the call is to benefit prisoners who were released in the period between six months before the start of the pandemic (October 2019) and the end of the pandemic (it is expected to be at the end of this 2021). The community leader said the premise is simple: “there must be programs that help inmates who leave, to get back on their feet. They have already paid their penalties while being locked up ”.

The Assembly member Carmen de la Rosa, promoter of the aid bill of the $ 3.5 billion fund, was confident that Albany will disburse resources to help released prisoners, and said that they believe they can be helped less than 50,000 former interns.

“This is a moral obligation that we have with them to help them reintegrate. to society, especially at this time, because there is always talk that when many prisoners leave, they see them living on the streets, but they do not admit that it is because they are not given the support they need to be able to restore their lives, “said the politics of Dominican origin. “This fund would give them that opportunity. It remains to be seen how much they approve us and what the eligibility rules are, which we want to be flexible ”.

The Upper Manhattan Legislator explained that when the aid fund sees the light, the records of the inmates when they leave will be the best proof document to support when they should receive the state economic stimulus, which depending on what is approved, could be close to the $ 3,000.

“With that money they can help pay for housing and food, and this will also help the black and Latino communities mostly, because we know that more than 50% of New York inmates are black and Latino“, He said De la Rosa, warning that it estimates that “there are some 40,000 or 45,000 recently released prisoners (during the pandemic), with no income, who will qualify for eligibility”, of retroactively from April 1, 2020. The final details of dates and amounts will not be known until the law is approved.

The State Senator Jessica RamosAnother of the promoters of the aid fund for the excluded (prisoners and undocumented workers) assured that the State can no longer hesitate about the support it should give to recently released inmates. 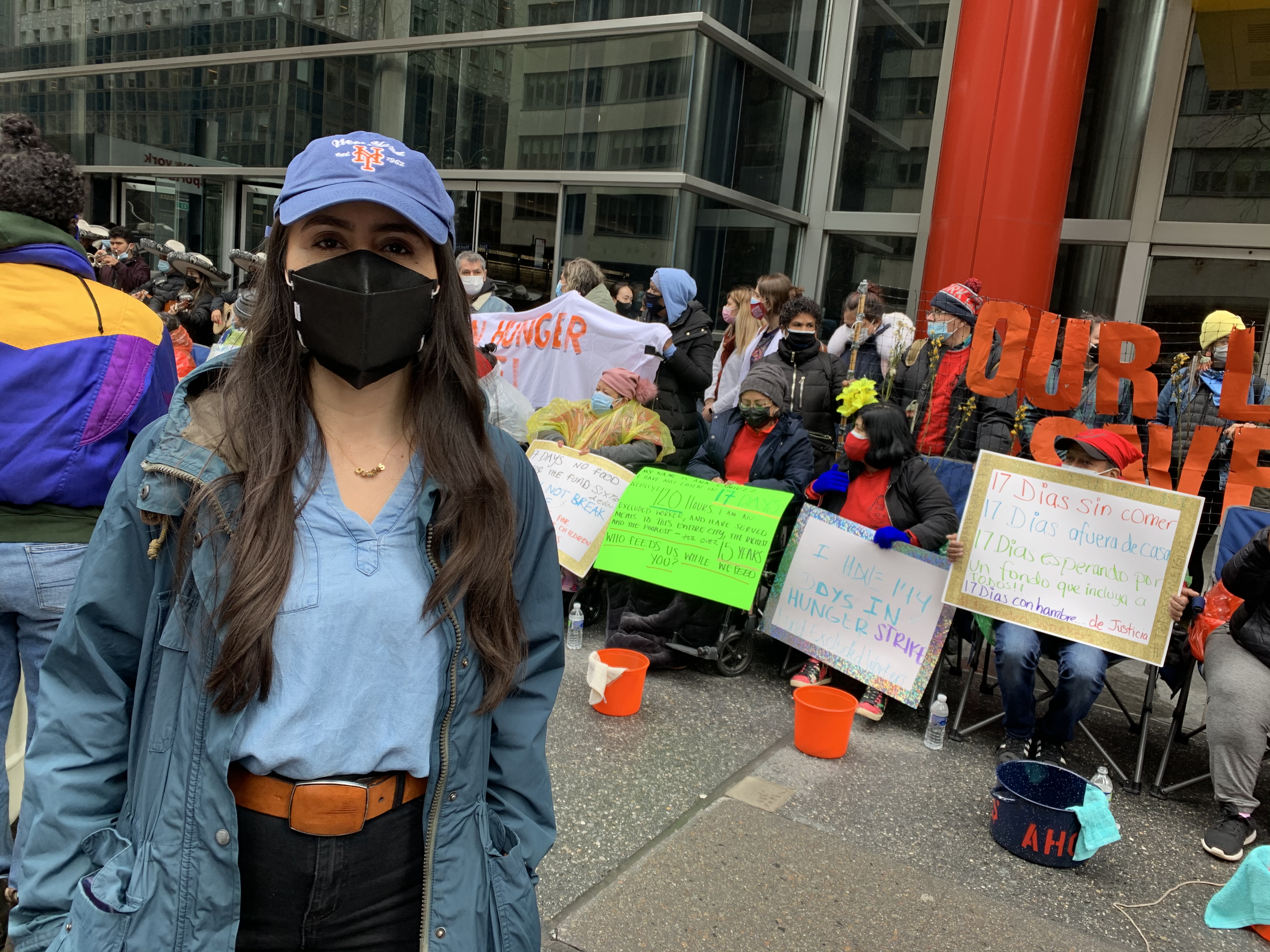 State Senator Jessica Ramos, another of the promoters of the aid fund for the excluded (prisoners and undocumented workers)

“If we don’t help them right now, at this precise moment and within this budget, they would be totally adrift, with few or no options and few opportunities and we don’t want that. The prisoners are a part that have been largely forgotten and the idea is to help those who were incarcerated and who had little time, little employment history to qualify for benefits that are offered, such as unemployment insurance and even the stimulus check ” , He said queens politics. “We want to help them with this fund and it is also a way of spending on our economy and being able to cover their needs. We don’t want them to get to a place where they can’t prevail or provide for their families. “

The Councilor Antonio Reynoso, from Brooklyn, joined the call for Albany to pass legislation to help released prisoners and warned that if they are put aside now, it will not only affect the lives of many families but also there may be a spike in crime.

“We have to understand that if the prisoners leave jail and have no job or eat or live, many of them with that We put them in a place where they feel they have to return to a life of crime to be able to support themselves, as the only option ”said the young municipal legislator.

“If they are given that money and that aid, these inmates will have a chance to start a positive life again. “, He said Reynoso. “We are talking about a budget of $ 200 billion dollars and we are asking only $ 3.5 billion. It is a matter of morals and principles and seeing if they really intend to help the most vulnerable or if they want to continue spending more money than it costs to take care of them or shelter them. With that help, from the moment they leave, they will be able to start a new life ”.

The Cuomo Administration has been silent on the demands of protesters and political leaders, and as has been happening on the call to approve the $ 3.5 billion, the Governor’s office did not respond to our request.

The New York Department of Corrections and Community Supervision (DOCCS) that manages the State prisons, he mentioned that this agency is helping inmates fresh out of jail, to have a successful transition back to their communities.

“Each individual who returns to their community has an individualized treatment plan.. Prior to the scheduled release date, the DOCCS facility staff interviews the incarcerated person regarding the residence proposed for release. This information is given to a probation officer who will investigate the proposed residence or housing program to determine suitability. ” said Thomas Mailey, DOCCS spokesman.

The official highlighted that the planning process for reintegration into society begins 4 months before release, and depending on the needs of each released inmate, they connect with employment, vocational, educational, substance abuse treatment programs, and mental health programs, and even assist with housing issues.

“In cases where the person does not have a residence to propose, DOCCS staff works with local community housing providers and the local Department of Social Services to find a housing location,” Mailey added. 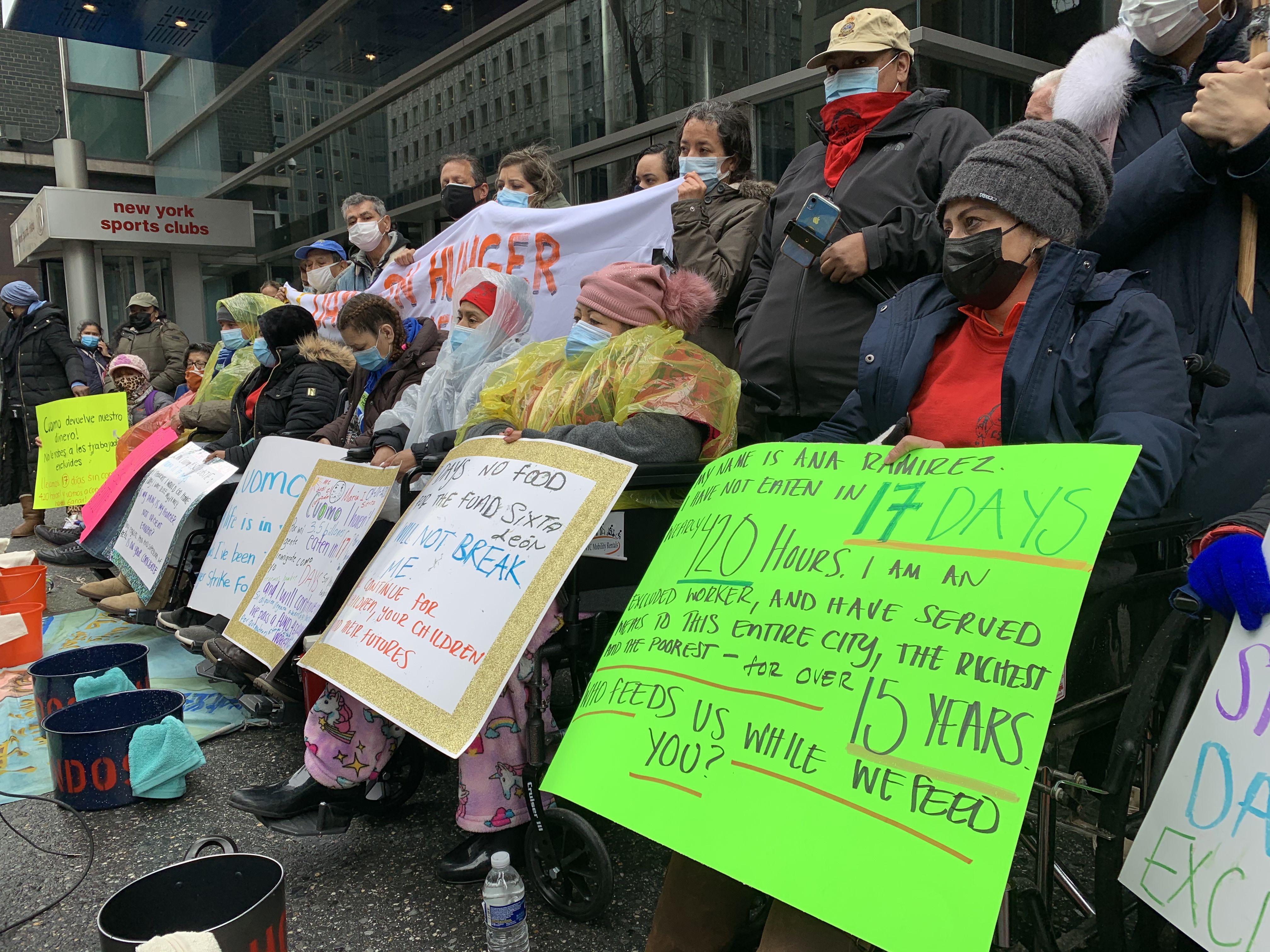 The hunger strike for the State to approve the $ 3.5 billion fund to help recently paid prisoners and undocumented workers has now been going on for almost 3 weeks.

$ 3,500 million is the sum required to create a fund that helps inmates just released from jails and undocumented workers 45,000 prisoners who have recovered and regain their freedom in the midst of the pandemic would benefit
Prisoners released from October 2019 until the end of the pandemic would benefit, according to the demands of the protesters Most inmates in New York are Latino and black $ 3,000 is an estimate of the economic stimulus that some could receive, depending on the eligibility that is approved and funds 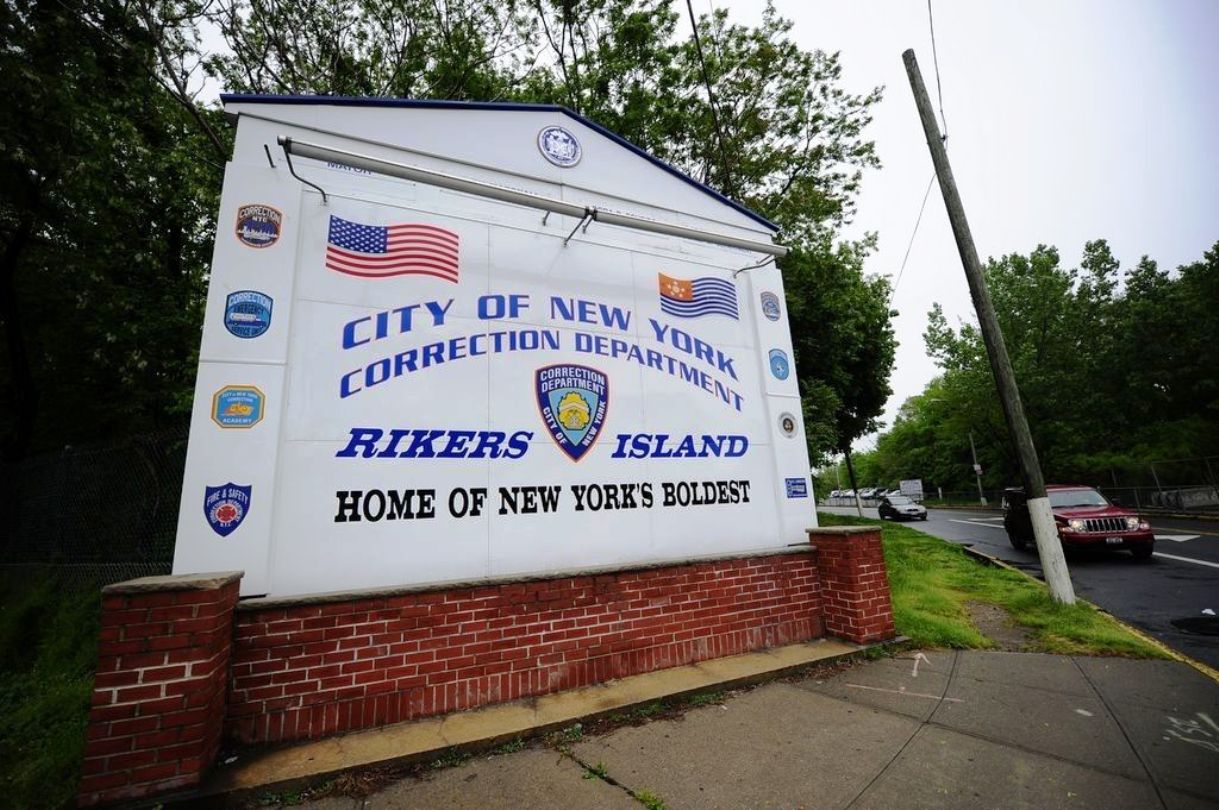 Rikers, the largest jail in NYC.