The new generation of Renault Captur is being a real success in every sense. It is one of the most popular and best-selling small SUVs in its own right, as it has evolved over time. The main key is its wide mechanical range, with options for all types of users. The last to arrive is the Renault Captur E-Tech Hybrid, a second hybrid for the model that dispenses with the plug and remains with the ECO label of the DGT.

We say this, because there was already a Captur E-Tech plug-in hybrid with a ZERO label, which is precisely the example we recently put to the test. Now the conventional hybrid with a 1.6-liter naturally aspirated gasoline engine that is linked to two electric motors, one conventional and the other a high-voltage starter (HSG). The set is completed with a 1.2 kWh battery and the new multimode gearbox (from crabots) that dispenses with the clutch. 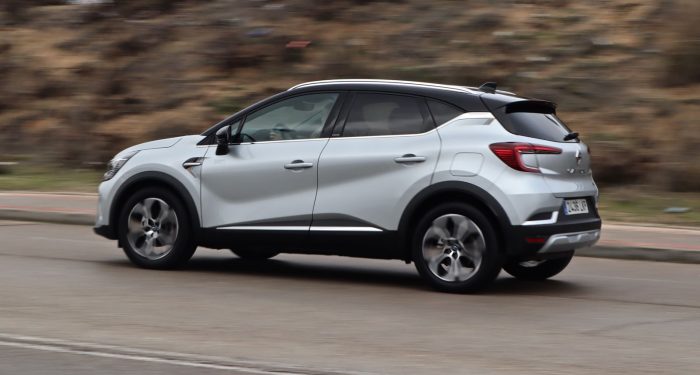 The scheme is the same as that of the Clio E-Tech, the model with which it shares a propulsion system. Although in this case it slightly increases its power to 145 hp and 148 Nm of torque, achieving a maximum speed of 170 km / h and quite low consumption. Approved 5 l / 100km with CO2 emissions of between 112 and 114 g / km according to the WLTP cycle. A reduction of up to 40% in urban environments compared to a conventional gasoline and thanks to the fact that it can go in electric mode up to 80% of the time.

This Renault Captur E-Tech Hybrid with ECO label is now available in our country in the trim levels superior within the brand. This means that it comes standard with the Intens, which has 17-inch wheels, Renault Easy Link with 7-inch screen, 7-inch Driver Display instrumentation, automatic climate control, automatic lights and rain sensor or lane-keeping assistant.

The top-of-the-range finish is the Zen, which adds some aspects such as two-tone bodywork, Full-LED headlights, 9-inch touch screen, parking aid, traffic sign recognition. The Renault Captur E-Tech Hybrid is offered with a starting price of 21,390 euros in the Intens finish and increases to 23,515 euros for those who want the top of the range.