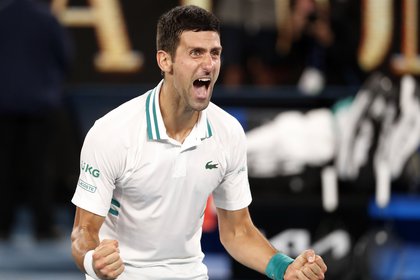 Novak Djokovic proved once again why he is the best of all time at the Australian Open. The world number one showed an almost seamless tennis and won by 7-5, 6-2 and 6-2 before the russian Daniil Medvedev, who arrived with huge scrolls as the reigning ATP Finals champion, and won the ninth title of his career in the first Grand Slam of the year.

The first set had the most even process of the meeting and Nole managed to get strong on the end to take it by a tight 7-5. Already in the second heat, the Serbian was growing in intensity and, at the same time, eroding the confidence of his rival. He broke in the fourth game and made a key difference to finally take that passage 6-2.

Medvedev came out to play the third set, obviously upset. Already on the closing of the previous set had smashed his racket and had made it clear that things were not going as planned. The Russian had his chance to get ahead at the start of the heat, but couldn’t take advantage of it and soon Djokovic broke his serve. The world number one remained with great poise against an opponent who no longer had the will to find answers and closed with a 6-2 that gave him the ninth consecration of his career in Australia, where he won all the finals he played. 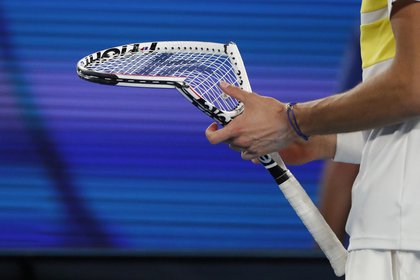 No one has ever lifted the trophy in Australia more times than the current world number one, who was also the defending champion. Djokovic has won 82 of the 90 matches he has played in his career in the oceanic competition and has stayed with the editions of 2008, 2011, 2012, 2013, 2015, 2016, 2019, 2020 and 2021. Nole reached the final against Medvedev with his chest inflated after overcoming his physical problems and getting rid in less than two hours of the Russian Aslan Karatsev in the semifinals (6-3, 6-4, 6-2).

Little could the Russian do, who arrived on his back with an outstanding run of 20 consecutive wins and who has only been able to stay with three victories against Nole in the eight head-to-head games they have played on the circuit. This was the second Grand Slam final of his career, after the one he lost at the 2019 US Open to Rafael Nadal. His consolation prize is having made sure to unseat the Austrian Dominic Thiem from number 3 in the ATP rankings next week.

With this victory, Novak Djokovic reached the 18th Grand Slam title of his career and seriously stalks the Swiss Roger Federer and spanish Rafael Nadal, who are the top winners in history, both with twenty conquests. 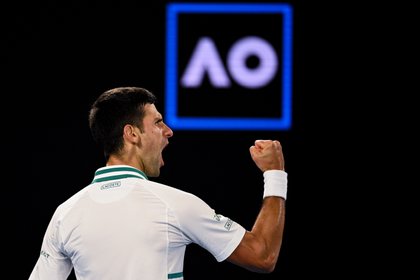 No one has won more titles than Nole in Australia (. / EPA / DEAN LEWINS)