Djokovic’s apology after hitting the linesman 0:53

(CNN) – The US Open normally marks the end of the Grand Slam season. But the coronavirus pandemic changed that and having another major tournament around the corner could be exactly what Novak Djokovic needs to break through his career low.

That’s the thinking of his friend and former coach Radek Stepanek, and former world number one Jim Courier.

Stepanek also doesn’t rule out a shift in public opinion at some point when it comes to Djokovic, despite his difficult final months.

Djokovic made a striking statement about vaccines, discussed the effects of positive emotions on water, organized the series of exhibitions on the Adria Tour, in the Balkans, which went very wrong, and most recently left the US Open to shame.

There would not have been as many players in recent history as such a strong favorite to land a major than Djokovic in New York this year, given his dominance – he finished undefeated in 2020 – and the absence of his two strongest rivals, Roger Federer and Rafael Nadal. .

Djokovic, however, was sanctioned Sunday for hitting a ball that inadvertently hit a linesman in the throat. Frustration overtook the winner of 17 Grand Slam tournaments, after losing three points in the first set to Pablo Carreño Busta, injuring his left shoulder in a fall and then breaking serve to go 5-6 in a frenzied streak of 10. minutes.

He later apologized on social media.

“He is very sad inside”

Stepanek is a huge fan of Djokovic, but he had no problems with the decision made by the tournament officials.

The Czech, who coached Djokovic alongside Hall of Famer Andre Agassi for several months between 2017 and 2018, suspected the Serb was suffering.

“I know he’s very sad inside and he’s in pain,” Stepanek, a former world number 8 and a Davis Cup hero from the Czech Republic, told CNN. “He has pain because it was unintentional and, at that moment, the pain is greater.

And it’s difficult for him because we know how hungry he is to become the player with the most Grand Slams. I think he felt — they all felt — that this should be for him, that it was achievable.

“All these circumstances make him very sad and at first, they leave him empty, because I think he himself knew that it was wrong for him to hit her. 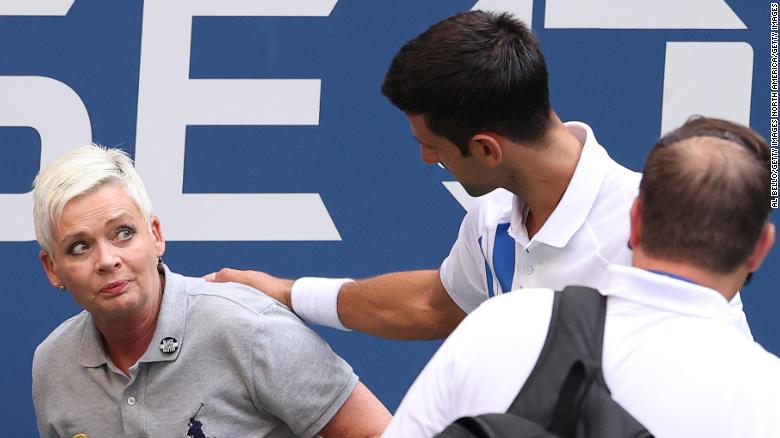 Djokovic apologizes to the linesman who he hit with the ball.

“Obviously the pressure on him and the criticism he is receiving over time are difficult. You are trying to do the best you can. It could be at the end of his career, the greatest of all time. We’re all human beings. We have the right to make a mistake.

When Stepanek was told that Djokovic might have made some mistakes, he didn’t disagree.

“We create our own world and our own mistakes,” said Stepanek, who irritated an opponent or two during his career but was one of the most entertaining players of his generation. “We have to accept the result.”

At the moment, Stepanek said that Djokovic is probably seeking refuge with his closest and loved ones. They would include his wife, Jelena, and their two young children.

“I think he will return to his family and those closest to him to feel in a safe environment,” said Stepanek. «Being with your loved ones. I think one of his greatest strengths is his mental power.

“No matter how sad and empty he is at this moment, and from what I know, it is very deep because he is a person of deep feelings and sensitive, he is also hard on himself at this moment. I think what will get him out of this is going back to work. 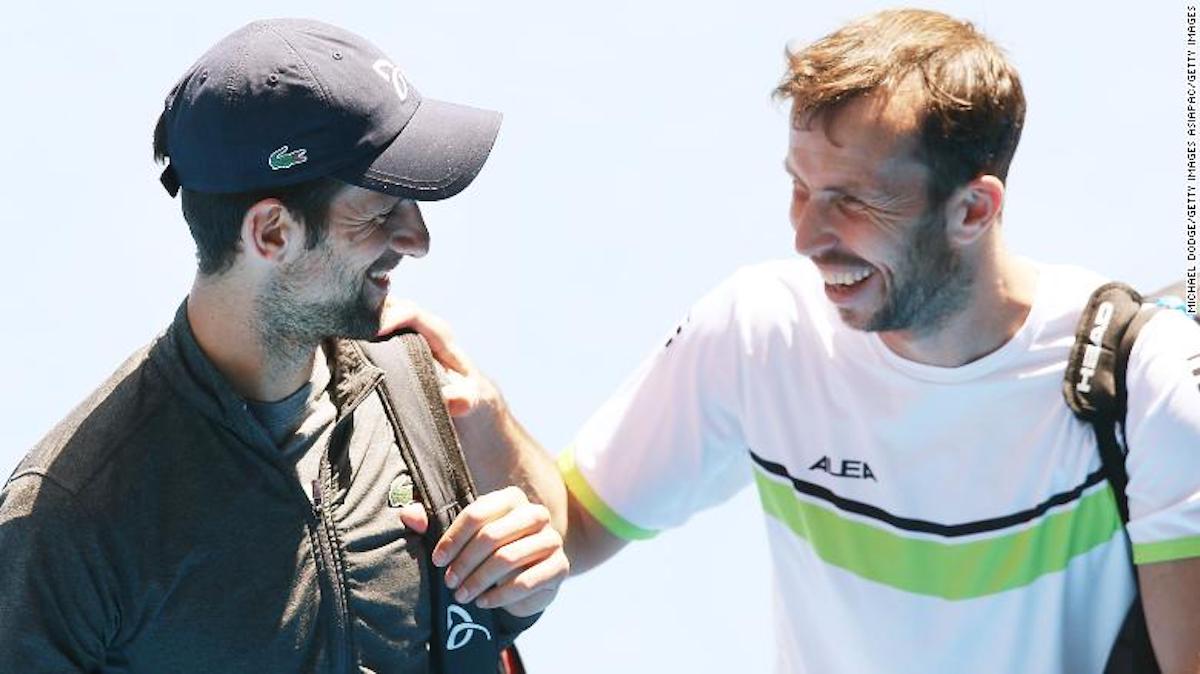 Djokovic with his former coach Radek Stepanek, in 2018, in Melbourne, Australia.

Djokovic is expected to return to action at the upcoming Italian Open, in Rome, before his appearance at the French Open, postponed from his usual date, late May, to September 27, in Paris, due to the pandemic.

“He will have a clay court event to focus on, which starts in a week and he will have to prepare for that, change the surface from hard to clay,” Courier told CNN.

That could be cathartic for him, having something so fast that he can help him put this unfortunate incident behind him.

Novak Djokovic confirms that he will play the US Open 0:42

With 12 titles, Nadal will once again be the big favorite at Roland Garros, but Djokovic should not be ruled out. He is one of only two players to defeat the Spaniard at Roland Garros, alongside Robin Soderling.

The stakes are high in Paris when it comes to the Grand Slams record books. If Nadal adds it to his incredible loot, he would tie Federer at the top of the men’s list with 20 majors. If he succeeds, Djokovic would be, for the first time, two major tournaments behind Federer – who is recovering from knee surgery and will not play again this season.

Roland Garros, two years ago, proved critical to Djokovic’s rebirth after an elbow injury and a drop in motivation. Annoyed at going out in the quarter-finals against Marco Cecchinato, when he had one chance after another, he subsequently won Wimbledon and took three of the last five Grand Slams.

“It’s going to be intense for a long time with what happened, but I think when he gets back on the court and looks at the possible trophy, he will focus on what he is doing and he will get stronger again,” he said. Stepanek.

Getting the fans back

Djokovic was already behind Federer and Nadal when it came to fan support before his mistake on Sunday. His matches against the Swiss, at Wimbledon and at the end-of-year championships in London, are just a few examples.

But Stepanek is not ruling out a rebound.

«I think people are going to love it, others will not like it, everything is individual. Obviously we know that Roger and Rafa are more famous, but if he answers, you don’t know what the future holds.

«I lived it for more than 20 years on the circuit and you don’t know what tomorrow holds. You never know what might happen.