(CNN) – Novak Djokovic was disqualified from the US Tennis Open on Sunday after hitting a linesman with a ball.

This happened at the Arthur Ashe Stadium, where Djokovic had just seen how the Spanish Pablo Carreño Busta had broken his serve with the first set at 6-5.

The world number 1 did not contain his anger and hit a ball. The Serbian appeared to be aiming nowhere, but the ball hit the linesman, apparently close to the face, and the woman fell to the ground.

This sparked a dialogue between chair umpire Aurelie Tourte and two tournament officials.

Djokovic then had a long conversation with officials of the contest and ended up defining his disqualification.

Before that, the Serb had hit a ball out of frustration after failing to convert three set points when the game was 5-4. 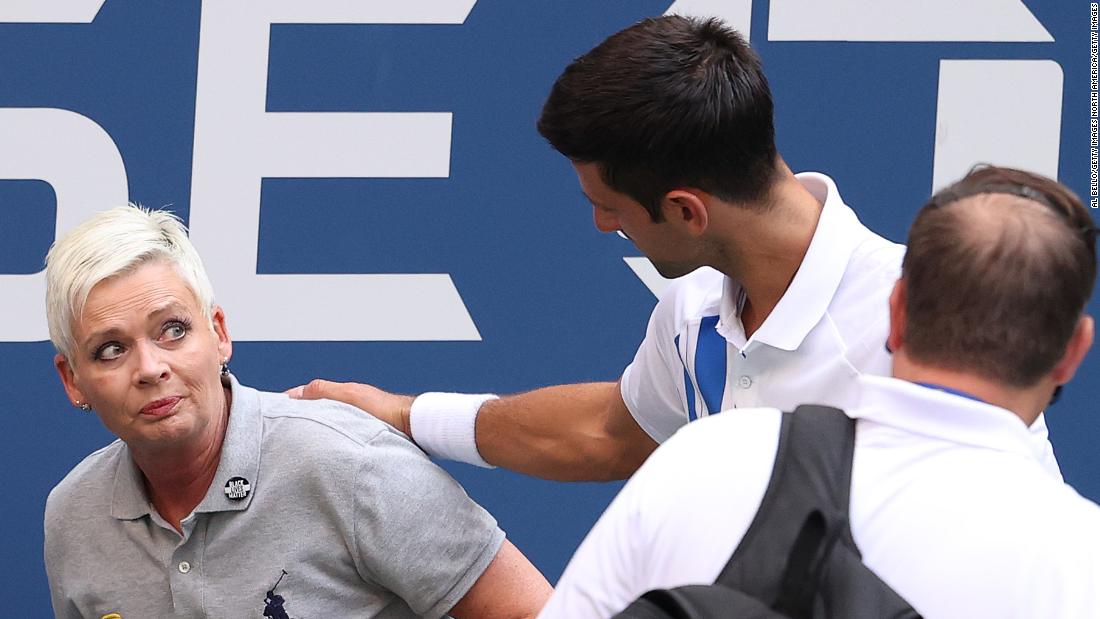 Novak Djokovic of Serbia attends to a linesman who was hit with the ball during his men’s singles match against Pablo Carreño Busta of Spain at the US Open Sunday, September 6.

He also suffered a fall in the 11th game and appeared to suffer from a shoulder ailment.

Djokovic was the clear favorite to win the tournament in the absence of Roger Federer and Rafael Nadal.

Ismael Suárez contributed to this report.