Javier Corral, governor of the state of Chihuahua, stated that Ricardo Salinas, owner of Grupo Salinas, launched a smear campaign against his administration, because the sanitary measures established in the state governed by the National Action Party (PAN) militant threaten their economic interests.

During a live interview by journalist Rubén Luengas on La Octava television, the Chihuahuan explained this Monday, November 16 that, derived from the growing outbreaks of COVID-19 in the entity he represents, new sanitary measures had to be taken, same that Salinas Pliego refused to comply with.

“We had to generate more drastic measures. We generated a health alert and a time restriction decree that canceled activities on the weekend for two weekends “, began his explanation. 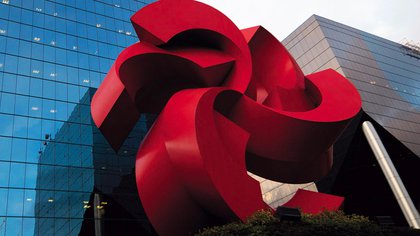 Ricardo Salinas stores and bank branches opened when there is a health emergency in Chihuahua (Photo: Grupo Salinas)

He also assured that the population of the entity complied with the instructions without the slightest problem and with the spirit of collaboration with the local administration.

“In the state of Chihuahua, people have been very supportive, very accomplished, very committed, very disciplined”. He also pointed out that the industry in the entity cooperated with the established measures. As well as the Association of Banks of Mexico (ABM) in the state of Chihuahua; However, the atmosphere of cooperation disappeared with the firms related to Grupo Salinas.

“But we have found that Ricardo Salinas Pliego’s companies, particularly the Elektra stores and Banco Azteca branches, did not agree to comply with these provisions. in a frank challenge to the state authority, the State Health Council, and they opened on Saturday and Sunday when we had asked to close on those days in order to lower the level of infections, “he said.

In response, the Corral Jurado government closed the branches that opened in those days, an act that was poorly received by the businessman and acted with a media campaign against Javier Corral. 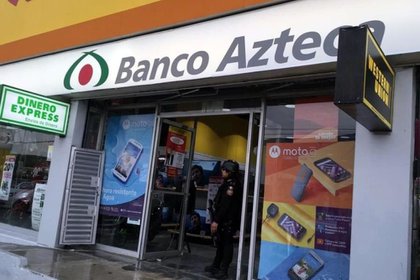 “They did not agree with the closure and undertook a campaign of defamation, lies, slander, of information distortions as this television station is used to doing (TV Azteca and ADN 40)”, He assured.

During his explanation, the expert in law brought up the notes of Ricardo Salinas’ television station, which infer an alleged restriction of freedoms, something that was denied by the governor, he also assured that the businessman “has felt not only unpunished, but protected, because Mr. Salinas Pliego is part of the business advisory council of the president of the republic. He feels very protected by the 4T”, He assured before Luengas.

In this regard, it should be remembered that via Twitter, the businessman and the politician exchanged disqualifications where each one maintained their interests. 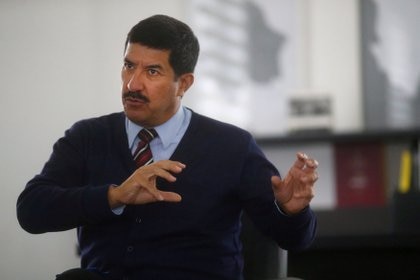 “Good morning Gobernadorcillo Corral, I had not seen your tweets, yesterday I was all day rescuing dogs, cats, supporting people and enjoying my weekend. Instead of seeking a lawsuit, get to work and give the people of Chihuahua back their guarantees and freedom”, Published Salinas.

However, the PAN did not sit idly by and responded through the same platform.

“Here is the full-length Lawyer Ricardo Salinas Pliego, who in addition to being the concessionaire of the second most important TV channel in the country, is also part of the Business Advisory Council of Pte. López Obrados and this is his level“, also “In Chihuahua the benefit of society is sought and the laws are respected. They must be respected by all, individuals and companies, regardless of the way the owners of each business spend their weekends, “he said.

However, COVID-19 continues to advance. At the end of Monday, there were 1,009,396 accumulated cases of the new strain of coronavirus and 98,861 deaths caused by this respiratory disease, for which the Ministry of Health (SSa) insists on continuing the sanitary measures to the letter and avoiding going out.

“They have defied the authorities”: Grupo Salinas branches in Chihuahua were closed for opening at full red light

“Instead of seeking a lawsuit, get to work”: Ricardo Salinas Pliego has now launched himself against Javier Corral and called him “governorcillo”

Coronavirus in Mexico: 2,874 new infections and 319 deaths were registered