Netflix has shown (through an ‘Entertainment Weekly’ exclusive) the first images of its series based on ‘Masters of the Universe’, the mythical toy franchise of the eighties that has ended up surviving to the present thanks to the inexhaustible nostalgia for that decade. Although more limping than his companions on the shelves the Ninja Turtles (also with a future film distributed by Netflix in the portfolio), and although far from the days of mainstream glory, his halo of popularity has not completely died out.

Perhaps it is the iconic of his characters and how absolutely crowded they were in the eighties thanks to the dozens of action figures that made up their catalog and the omnipresence of the Filmation television series. Perhaps it is because the Cannon film, after years of ignonymy, is experiencing a just revaluation as a cult film. Perhaps it is because the reissue of the classic dolls in packaging that mimics classic cardboard and affordable prices has rescued them from oblivion-except-for-collectors.

One way or another, Netflix’s animated series written by Kevin Smith that will arrive on July 23 is arousing considerable anticipation, and it is not for less after the success, also on Netflix, of the great ‘She-Ra and the princesses of power’. But unlike this (and another series of He-Man in preparation, animated by computer and directed to the little ones), this new ‘Masters of the Universe: Revelation’ by Kevin Smith is designed with fans of the series of eighties in mind.

7 TRICKS to get the most out of NETFLIX

Kevin Smith’s images and statements make Netflix’s position clear: nostalgia is a very delicate thing (the reactions of the most fundamentalist fans to the risky design of the wonderful new series of ‘Thundercats‘is good proof of this), but also very profitable. Powerhouse Animation (‘Castlevania’) have been in charge of reformulating designs and arguments, seeking a balance between memories and novelty. 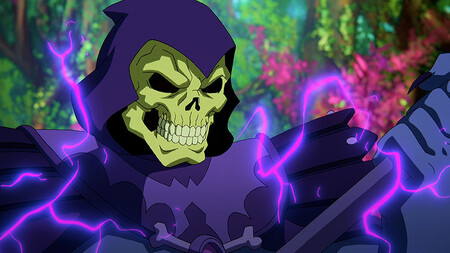 The series will be divided into two parts of five episodes each and Smith is not the only flashy own name that has participated in the series: Mark Hamill is Skeletor, Lena Headey (‘Game of Thrones’) is Evil-Lyn, Sarah-Michelle Gellar is Teela, Alicia Silverstone, Queen Marlena, and Kevin Conroy, the usual voice of Batman, is Merman. An authentic catalog of stars that largely respects designs and classic plot (Prince Adam becomes the heroic He-Man when he wields the Sword of Power and bellows that “I have the power”).

The series will pick up where the original left off (technically it’s a sequel to that one), and you know what keys to play. For example, practically all the creatures in the catalog of hypermusculated mostrencos from the original toy line will have their niche: Man-At-Arms, Orko, Trap Jaw, Tri-Klops (voiced by Henry Rollins!), the Enchantress, Stinkor, Scare Glow, Beast Man and many others. Some of them (that Ork with the face of few friends) have been adapted to the new times, but in general respect for the original designs is considerable, with an air more than close to a previous reboot: the modernization that the characters experienced in 2002. 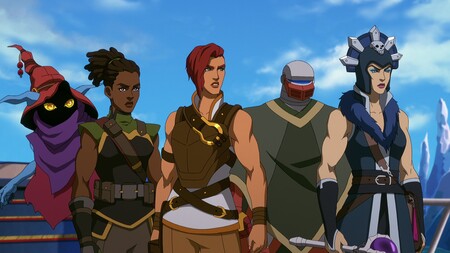 ‘Masters of the Universe’ was a property that, like Transformers, Ninja Turtles or so many other hits of the time, is difficult to update due to its delusional balance between material handling takedown (essentially, it’s Conan from the Galaxies designed by a runaway bodybuilding nutcase) and taking herself seriously. If Smith has managed to imitate that curious (and very eighties) mix, Netflix has a clear triumph on its hands.