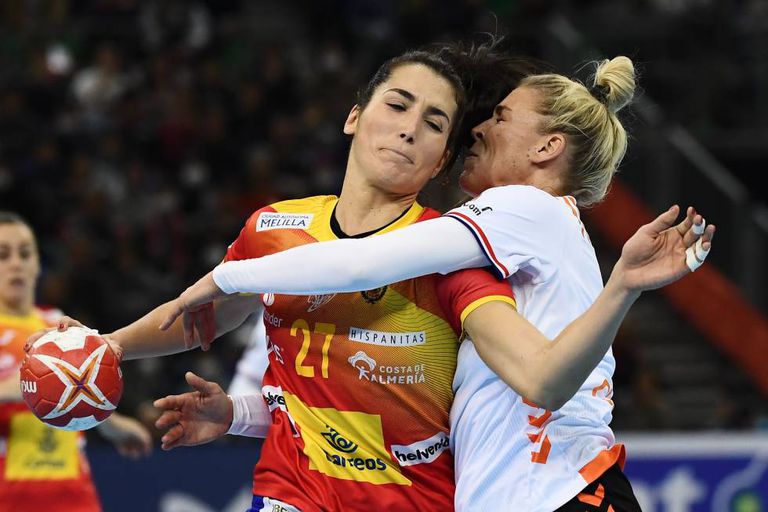 Lara González, during the 2019 Women’s Handball World Cup final against the Netherlands.CHARLY TRIBALLEAU

17 days before the European women’s handball tournament begins, the event falters. Norway, headquartered with Denmark, announced on Monday that it is withdrawing due to the global worsening of the pandemic. Now it will have to be the continental Federation that decides as soon as possible if the championship goes ahead on the scheduled dates (from December 3 to 20) and in what way. At the moment, only one city remains, Herning. A town of just 46,000 inhabitants has been left alone to absorb a tournament initially designed in two countries, five places and for 16 teams.

The resurgence of the health situation has multiplied the problems around this event in recent weeks with a cascade of venues resignation. Norway, before his final resignation, withdrew to Oslo and Stavanger, and continued only with Trondheim. And Denmark reported a few days ago that of its two cities (Herning and Frederikshaven) it only kept the first. The second was the original location of Spain in the first phase.

Before its complete withdrawal, Norway warned of a measure, which it later eliminated, which caused alarm in all teams: if a team had a contagion, it had to be confined in its entirety, just like its last rival. In practice, this would have led to the abandonment of two sets due to a single positive case. Denmark, on the other hand, only required to isolate the sick person, which led to two different rules in the same tournament.

The situation created with this European Championship reflects well the difficulties that sport suffers to hold major championships, with several venues and in the midst of a pandemic that is experiencing a harsh second wave, even when the incidence in these Nordic countries is much lower. Denmark accumulates 255 cases per 100,000 inhabitants in the last 14 days and Norway, 143. Spain, however, rises to 581, according to data from the European Center for Disease Control. Given the obstacles that this championship is encountering, it remains the question of what will happen with the European Football Championship, with 12 cities in as many countries and much greater logistics.

If everything goes ahead in the European handball tournament, the coach, Carlos Viver, would announce the list this Tuesday. Spain has not played any game in all of 2020. The last was the final of the World Cup in Japan, last December, which ended with a brilliant runner-up in that cruel outcome (penalty with six seconds left for an infraction in the opposite area ). In March he should have played the Pre-Olympic against Sweden, Senegal and Argentina, but the explosion of the coronavirus and the general confinement order caught the team concentrated in Lliria. The crisis forced the meeting and the tournament to be dissolved, which, unless unforeseen, will take place on March 19-20-21 in the same Valencian city.

In the European Championship, the Guerreras would face Sweden, Russia and the Czech Republic in the first round, although they would do so with a very sensitive loss, that of Shandy Barbosa, the team’s top scorer in the last World Cup and fourth in the entire tournament ( 60 goals). This weekend, the anterior cruciate ligament in her left knee was torn and she will be out for at least six months, as she confirmed this Monday. He was injured in the first minute of the Champions League match that he played with his team, CSM Bucharest, against Slovenian Krim. The Pre-Olympic would also be lost and would arrive just for the Games.

Very bad taste in my mouth after the weekend … 😔
On Saturday we drew against @RKKrim from Slovenia and as you can see in the video, I suffered a severe injury that will take me off the slopes for at least 6 months. @csm_bucharest pic.twitter.com/DnpVmoLhFl