Noel Gallagher lashes out at Harry and Meghan, the singer called the Duke of Sussex a “f * cking woke snowflake” who needs to “shut his mouth.” 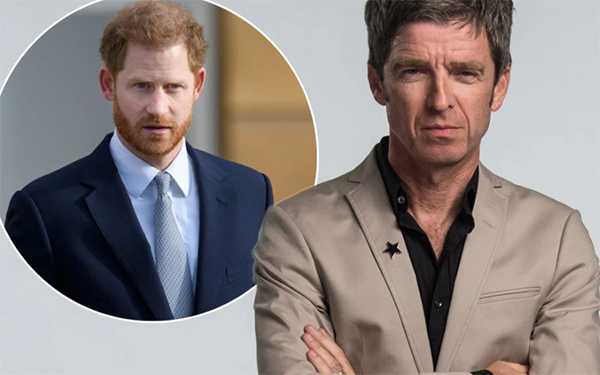 The ‘Oasis’ gang member criticized Prince Harry for speaking ill of his brother, Prince William, recently telling The Sun that he should not have been disrespectful of his own family.

“Prince William. I understand the pain of the f * cking boy ”- said Gallagher. “He’s got a f * ckin little brother shooting a shit out of his mouth that’s so unnecessary. I’d like to think that I was always the William. “

Gallagher knows what it’s like to fight with his brother. The 54-year-old singer has fought for years publicly with his younger brother and former member of his band Oasis, 48-year-old Liam Gallagher. Their damaged relationship led to the band breaking up in 2009.

Noel noted that he does not know Harry personally but has strong feelings about Prince Harry and his wife Meghan Markle.

“Just don’t be badmouthing your family because there is no need for that.”

The ‘Wonderwall’ singer also spoke of Harry’s marriage to Meghan:

“This is what happens when you get involved with Americans. As simple as that.”

LOL! Harry and Meghan have been harshly criticized for coming out in their interview with Oprah in March, accusing the royal family of racists.

Since the couple renounced royalty in February, they have continued to talk about their experiences at Buckingham Palace (well, that’s what it sells). The couple now live in California, and this week they welcomed their daughter Lilibet Diana. They were already parents to a boy, 2-year-old Archie.

William’s wife Kate Middleton is said to be trying to help the brothers reconcile, with no luck so far.

So, Noel Gallagher lashes out at Harry and Meghan. I always found Noel like a grumpy old man … same, LOL!

In the comments on Daily Mail, most agree. Bahahahahahaha … Don’t kill the messenger, ok?