Home>World>“Nobody needs a gun with 100 bullets”

US President Joe Biden said Thursday that gun violence in your country is an “epidemic” and an “international shame” by announcing a series of measures to curb, among other things, the proliferation of homemade pistols.

Every day 106 people die from gunshots In the United States and mass shootings are frequent, Biden recalled, but the US Congress has not passed a significant reform to increase control of those pistols and rifles for more than two decades.

“Gun violence in this country is an epidemic. And it is an international shame,” Biden stressed.

The president further described the problem as a “Public health crisis” and a “blemish on the character” of the US, after emphasizing that armed violence not only consists of mass shootings, but also homicides that mainly affect blacks and Latinos, in addition to resulting in sexist murders.

“Every month, an average of 53 women are shot and killed for his partner, “lamented the president.

As he did after the March shootings in Boulder, Colorado, and Atlanta, Georgia, which left eighteen dead, Biden asked the US Congress to ban assault weapons and large capacity ammunition magazines, among other measures. “Nobody needs a weapon with a 100-round magazine,” the president remarked.

However, it is unlikely that such initiatives get ahead in the Senate, where the republican minority has enough votes to prevent any change in that sense.

That’s why Biden announced this Thursday various decrees to advance unilaterally on the problem, although he insisted that he will not “give up” on his pressure on Congress to pass more far-reaching reforms. 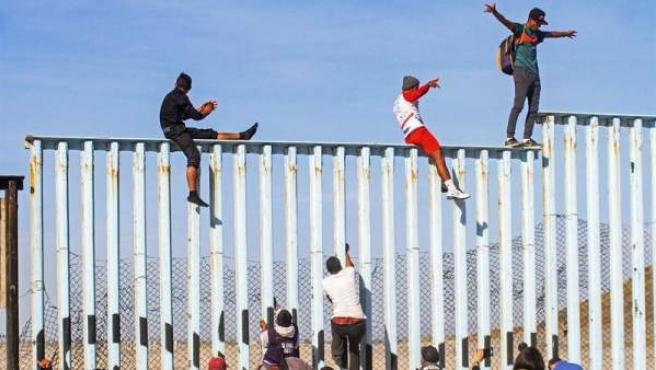 Among the new actions of the president, one stands out to stop the proliferation of homemade weapons, known as “ghost guns” and that allow, from kits with parts, to assemble in approximately half an hour pistols that are difficult for the authorities to trace, because they lack a serial number.

It also revealed measures to promote that states allow judges to restrict access to weapons to certain people, the writing of a report on arms trafficking and the financing of programs to reduce armed violence in urban settings.