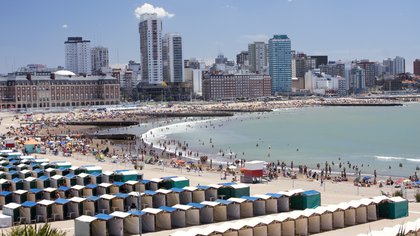 Twelve days before the start of the summer season, the National Government coordinates with the provinces and finalizes details to face the months of vacations under the protocols demanded by the “new normal” due to the coronavirus pandemic.

With the aim of not continuing to deepen the economic crisis, already in October the Government defined and began to communicate what the summer season will be like, which will start on December 1. From the Nation they had announced that no negative test for COVID-19 will be required To move within the country, however, it gave the provinces free rein to establish their own conditions, taking into account the particular epidemiological situation of each district.

Governors of the most representative provinces of tourist activity agreed with the Ministry of Tourism and Sports They will not require visitors to quarantine or present a PCR negative for coronavirus.

Authorities of Buenos Aires, Córdoba, Río Negro, Mendoza, Salta, Jujuy, Neuquén, Entre Ríos and Tierra del Fuego, the nine provinces that make up the largest receptive market for tourists in the summer season (together they are the destination of 90% of travelers), resolved with the portfolio that leads Matias Lammens Do not impose greater conditions on those already established throughout this year such as maintaining distance, using alcohol gel, chinstrap or mouth cover.

At most, some of these provinces will request prior registration in the “Vacation registration”, which establishes the number of admissions to certain municipalities and the movement of the traveler within the country, Ministry sources informed ..

In addition to not requiring a quarantine or a negative coronavirus test, tourists in these districts will not be required to have travel insurance either. From the Tourism and Sports portfolio, they explained that the agreements were achieved thanks to the work carried out together by Lammens, his team, the governors and ministers of those provinces, to standardize the requirements for the summer season.

The provincial states are already in communication with the Ministry of Public Innovation to move forward with traffic control through vacation registration. Buenos Aires is one of those who has already contacted. The province governed by Axel Kicillof on Wednesday formalized the authorization for the development of tourist activity from December 1 to April 4, 2021. Through joint resolution 109 of the Buenos Aires Cabinet Headquarters and the Ministry of Production it was clarified that the Continuity of tourism will be subject to “strict compliance with the protocols approved in due course” by the authorities of the province. 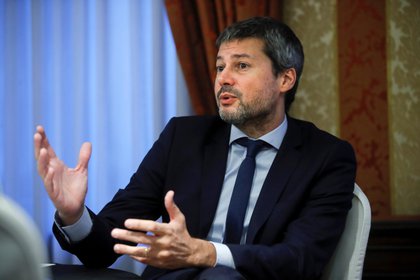 The Minister of Tourism, Matías Lammens .

It was clarified to the extent that, “for the development of tourism and its related activities, it will be mandatory for inhabitants who plan to travel for tourism purposes to have the Unique Certificate for Circulation – Emergency COVID-19 “, which must be processed on the site https://www.argentina.gob.ar/circular. The certificate will be valid “only for entry and stay in the district for which it was issued and for the term declared and authorized by virtue of it.”

The National Government began to offer benefits for the purchase of tourist packages, tickets and accommodation to travel within the country with the aim of the economic reactivation of the activity that was severely affected by the pandemic. However, from the Gastronomic Hotel Business Federation of the Argentine Republic (Fehgra) they warned that the level of reservations for the months of January and February is still very low, with more inquiries than completed operations.

“Despite the Government’s initiative to organize the Previaje program with an important allocation of resources for the reactivation of tourism, the demand still does not respond as we would have liked,” they said from Fehgra.

Prioritizing the economy, in any case the Executive Power does not want to neglect the health aspect due to the fear of a second wave of infections. Therefore, to avoid the collapse of the health system in the face of possible new infections that may be generated during the summer season, the installation of 18 modular hospitals throughout the country is planned.

From this Thursday, the low cost Jetsmart resumed its activity after the lockdown. It will do so with flights that connect Buenos Aires with Neuquén, Bariloche, Córdoba, Mendoza, Salta and Tucumán. Over the next few months, other routes will be added. “In the last week we saw a growing interest from people to purchase their tickets for the final stretch of the year, the holidays and for those destinations that allow outdoor tourism and that gave signs of opportunities to vacation during the summer season. This will be an important boost for the reactivation of the regional economies ”, expressed Darío Ratinoff, commercial manager of the company.

In the cabotage market, regular flights were enabled in mid-October. Aerolineas Argentinas began its regular operations on October 22 and the rest of the companies will do so in the coming weeks.

Meanwhile, Flybondi announced that it will begin its regular operation during the first week of December. The same was indicated by the Andes company, which plans flights to Comodoro Rivadavia, Puerto Madryn, Salta and Jujuy at the end of next month.

Air conditioners banned in summer season: the medical reasons that explain it

Summer season: how will the protocols for spas be, with maximum capacity and distance

Pools and COVID-19: everything you need to know before the start of the summer season

He appeared with the aroma of crack and with the weight of replacing Agüero in Independiente. He was champion and went to Santos de Neymar, but his philosophy of life was drastically transformed when he landed in Australian football. “Sportingly it was negative, but for the rest of my life it was positive,” he reflects, while joking: “I’m a hippie with Osde, eh”

He appeared with the aroma of crack and with the weight of replacing Agüero in Independiente. He was champion and went to Santos de Neymar, but his philosophy of life was drastically transformed when he landed in Australian football. “Sportingly it was negative, but for the rest of my life it was positive,” he reflects, while joking: “I’m a hippie with Osde, eh”