The benchmark SUV reaches its third generation. The new Nissan Qashqai updates its image, launches a platform, increases its equipment and shines in safety. In addition, it proposes electrified engines highlighting the e-Power hybrid that will give a lot to talk about. We have analyzed it on video.

The third generation of the Qashqai is already on sale

Every time we find more SUV in the ranges of all manufacturers and this trend is due to the Nissan qashqai. The Japanese was not the first model to offer that body style, but it was the one that popularized it when it hit the market in 2006, the one that knew how to hit the key of what the public wanted and since then it has been the model that has been setting the pace.

Since its launch, it has accumulated more than 3 million units sold in Europe and of these 320,000 units in Spain, which has allowed it to be the category leader in the national market every year since its birth. Now comes the third generation of the Qashqai and I have been able to know it in first person. How has it evolved?

The previous model having performed so well, there is no design break in the new Qashqai. It has been transformed to offer a much more modern and powerful image, full of angular shapes, but still quickly identifies as a Nissan. The most striking feature are the matrix led headlights, the first time that the Japanese model uses this technology. 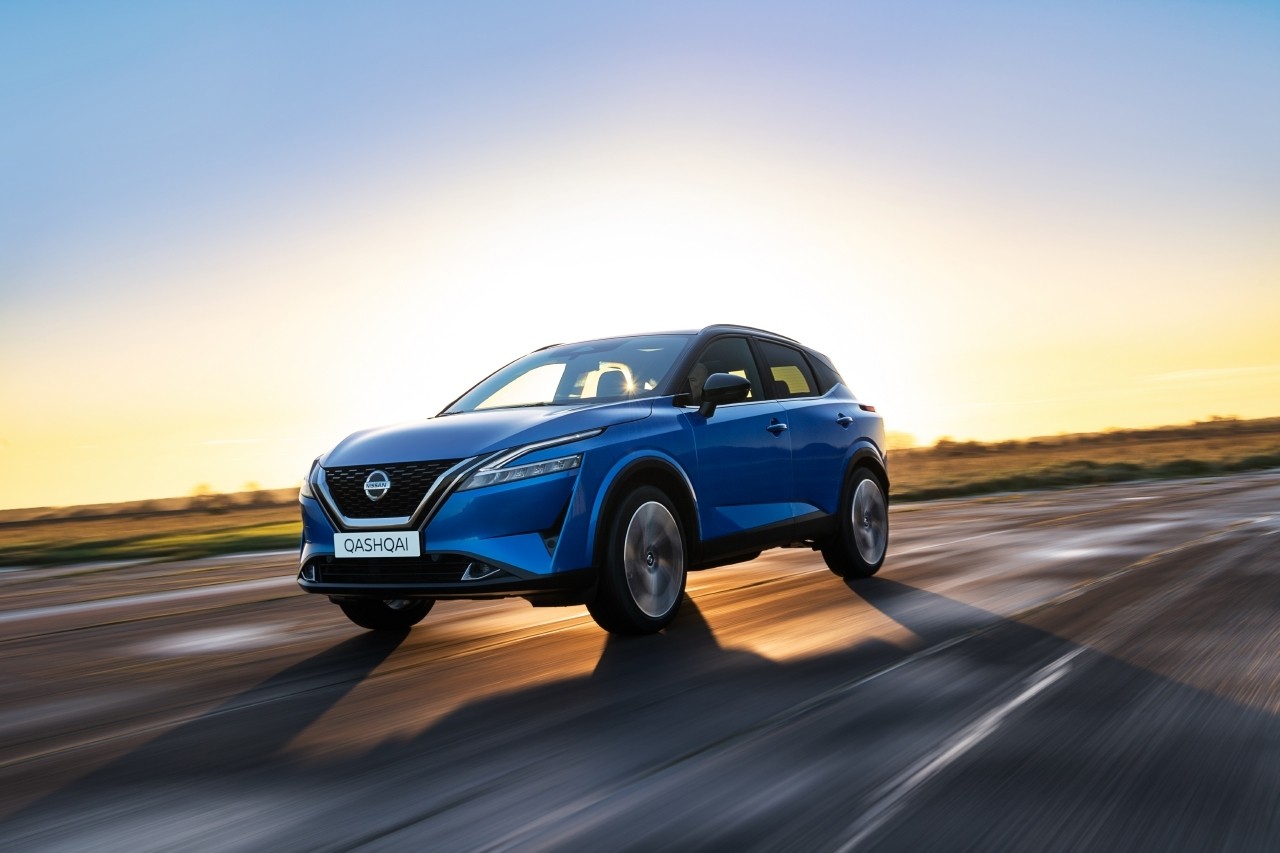 The new Qashqai proposes an image with a strong personality

Also noteworthy is the active front grill in which its blades open or close to improve aerodynamics, alloy wheels up to 20 inches and a rear that looks a bit more conventional. The body can be dressed in 11 exterior colors to which are added five two-tone combinations.

Nissan has wanted to maintain the proportions of the previous model and therefore the dimensions have hardly changed, the length is 3 cm greater to reach the 4.42 m long. It does change the platform, which is completely new. It is the first model in the Nissan-Renault-Mitsubishi alliance to use the CMF-C architecture. It is lighter and more rigid than the platform of the model it succeeds.

This weight saving has also been sought in the body using aluminum for the hood, front wings and doors and a composite material for the tailgate. A gate that now enjoys an electric opening and closing system and also has a hands-free function.

Gives access to a 504-liter boot, which is significantly more volume than the previous Qashqai offered and allows it to be above the average of this segment of compact SUVs. A practical 12 V socket has been added, the lighting has been improved, it has a double bottom and, of course, the capacity can be expanded by folding down the backrest of the rear seats.

Inside we find a fairly conventional design, no eccentricities. The biggest change is in the qualities, something that is noticeable both to the eye and to the touch. There is also a good feeling of space because it has gained in width and visibility has improved thanks to thinner pillars and the base of the exterior mirrors has been located in the doors. 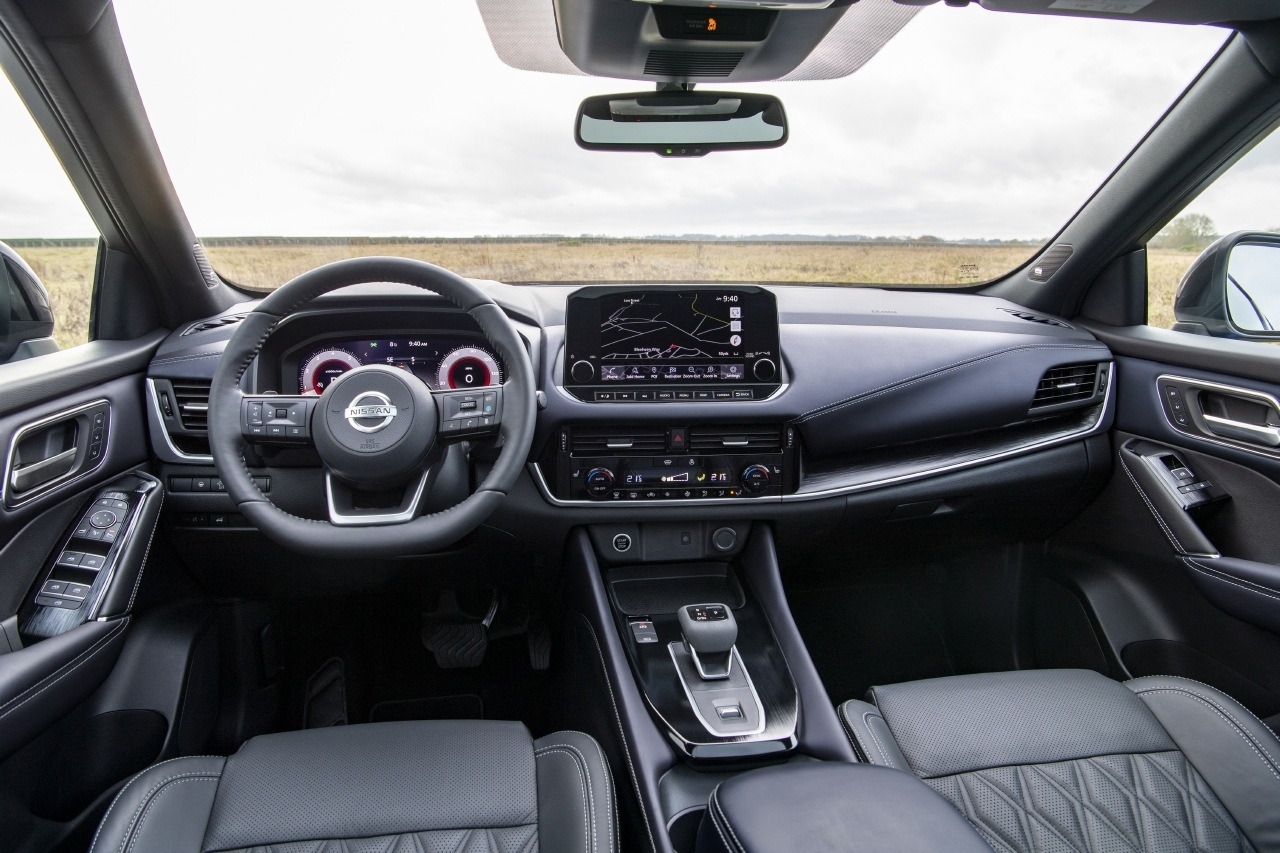 Interior with a good feeling of quality and, above all, very functional

The equipment available for the Japanese SUV is abundant and it is worth mentioning the front seats with massage function and electric adjustments with memory, the wireless charging base for smartphones or the digital instrumentation with a 12.3-inch TFT screen that can be complemented by a 10.8-inch head-up display that projects information directly onto the windshield.

No less interesting is the new multimedia system, similar to that of the Nissan Juke but with a larger screen that reaches 9 inches. Offers TomTom map navigation with real-time traffic information, speed camera locations and remote map updates. It is compatible with Android Auto and Apple CarPlay and also with Google and Amazon home assistants. Around it it has some physical buttons for the most frequent functions, a success that facilitates its use on the go. 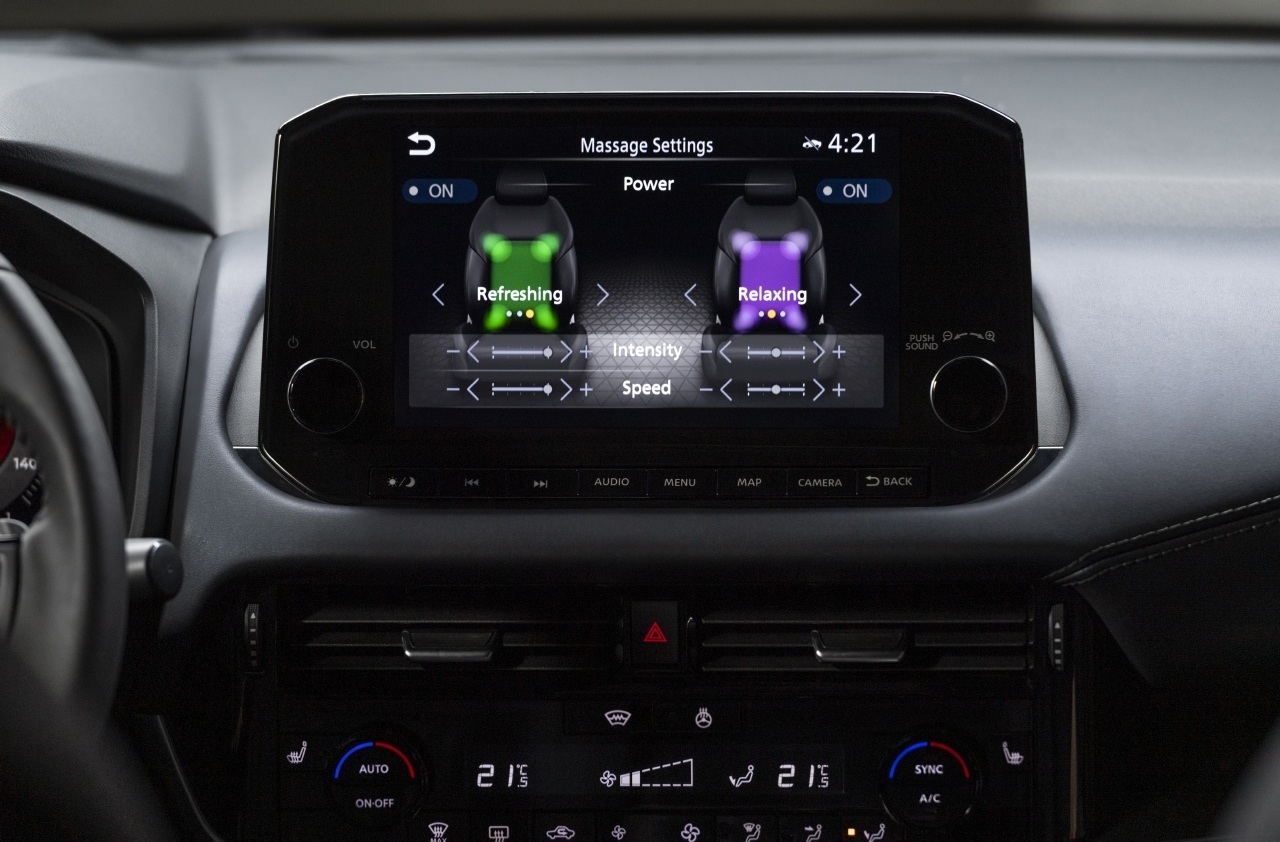 The infotainment system has a 9-inch touchscreen

In addition, the Japanese SUV adopts a new generation of the ProPilot driving assistant. The system is capable of accelerating and braking the vehicle automatically, keeping it within the lane, stopping and resuming the march in heavy traffic, maintaining a safe distance from the vehicle in front, adjusting its speed according to the road limits and even taking into account navigation data to adapt speed when cornering.

Access to the rear seats is really easy thanks to some rear doors that open at an angle of almost 90 degrees. Compared to the previous model in the second row of seats there is a little more space for the legs and for the head, although the difference is not very big. Passengers up to 1.85 m tall can fit well, except in the central plaza which is clearly less habitable and intended for occasional use. In this row there are air vents, two USB sockets (one of them USB-C type) and an integrated armrest. 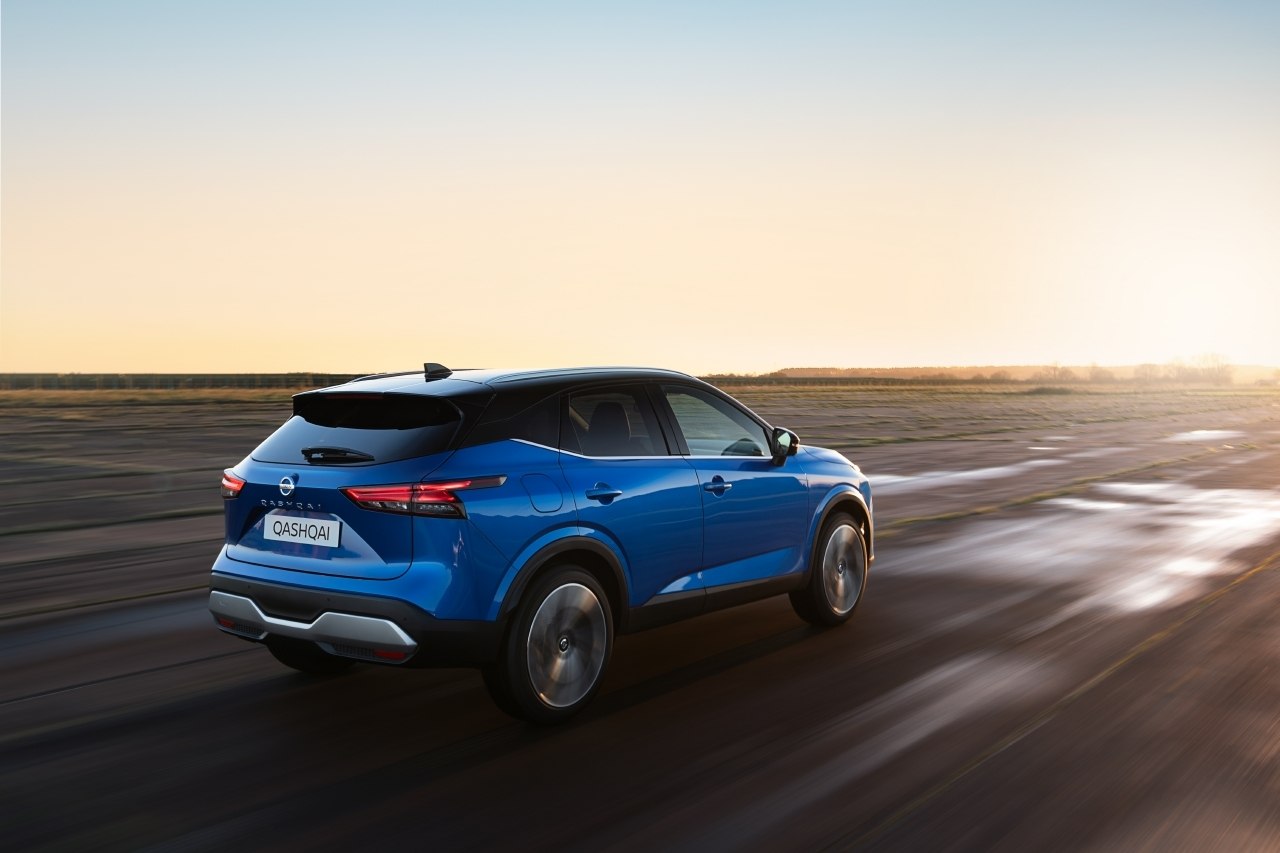 The range is made up of electrified motors

Being a static presentation of the model I have not been able to drive it but I can tell you some things about the engines of the new Qashqai. There are three of them, all with an Eco environmental label. On the one hand, a 1.3-liter block linked to a system of light hybridization (MHEV) by means of a 12 V electrical system that assists the gasoline engine. The 1.3 DIG-T 12V engine is available in two power options, 140 and 158 hp, always with six-speed manual transmission and front-wheel drive. The more powerful version can also be chosen with an Xtronic CVT continuously variable automatic transmission and all-wheel drive.

On the other hand, a very interesting hybrid version is offered, the Qashqai e-Power 190 hp. It is the first Nissan model to bring e-Power technology to Europe and it is peculiar because does not work like a conventional hybrid Since the 1.5-liter three-cylinder gasoline engine does not move the wheels at any time, it simply charges the 2 kWh lithium-ion battery or directly powers the electric motor.

As in previous generations, the Qashqai is produced at the Sunderland (UK) factory. Orders with the launch special series now supported Qashqai Premiere Edition although the first deliveries in the Spanish dealers will take place this summer.