The Celebrations for the 70th anniversary of the Nissan Patrol have already started. This mythical all-terrain vehicle is one of the toughest in the world and the proof is that it is still in the Japanese manufacturer’s catalog. Still, the hard core of your audience is no longer in regions like Europe or North America. Now it is limited to countries in the Middle East and Asia, although from time to time it jumps to the covers of half the world for reasons like the one we bring you.

A few days ago we showed you the first teaser video of the new Nissan Patrol Nismo. This sporty version, which was already in the range of the previous generation, has become a sales success. For this reason, the brand has not wanted to remove it from its catalog and more on this anniversary. But the most important thing is that the Nismo version does not just improve its aesthetics, it offers more raw power. Attentive gentlemen.

If you look at the image of the Nissan patrol nismo we can see the arrival of new items. The front end is very powerful, especially due to the new V-Motion grille or the honeycomb mesh of the grille. Another element that evolves is the bumper, which receives a more generous air intake and a more vertical format. The optics are also new, featuring Full LED technology and a much more aggressive interior pattern.

Behind also come news. The bumperhave a symmetrical design to accentuate the width of the whole. In addition, it has dark chrome inserts and new optics. It also includes LED rear fog lights. As a complement we have the red line «Nismo» that runs under the body. Another detail to highlight are the bi-tone rims 22-inch with the Nismo logo or suspension with Bilstein shock absorbers.

Inside the Nissan Patrol Nismo also receives changes. The most notable change can be seen in the upholstery that dresses seats, doors, steering wheel or dashboard. According to Nissan, the leather and Alcantara They are the best option for sporty cut models. The noise in the cabin is reduced thanks to the introduction of more sound absorbing material in the wheel arches or roof. In addition, the rear seats offer more versatility.

However, the important thing about Nissan patrol nismo it’s under his hood. To bring the engine to life, four Takumi masters are required to work at the Yokohama factory. Just like that 5.6-liter V8 block can deliver a final potency of 428 hp and a maximum torque of 560 Nm. All controlled by the latest Nissan Intelligent Mobility (NIM) technologies including Intelligent Forward Collision Warning or High Beam Assist.

The Nissan Patrol Nismo will go on sale in the Middle East from April 2021. Its price is 105 thousand dollars with VAT, although it can change from one market to another. 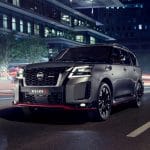 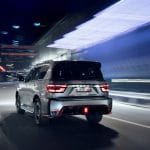 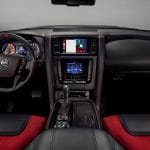 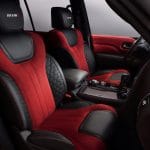