Nikola is an electric car manufacturer that in May received an order for 100 trucks for Total Transportation Services. On the other hand, the price is with a 80% discount from the high of $ 80. Is it time to go in? He wonders Rekha Khandelwal in The Motley Fool.

What are your plans?

Nikola plans to start delivering trucks before the end of this year. In the long term, the company aims to develop battery electric vehicles (BEV), hydrogen fuel cell electric vehicles (FCEV) and heavy duty trucks. It is in the process of validation and testing of 14 prototype trucks. It has made substantial progress in building manufacturing facilities in Arizona and Germany. It expects to begin trial production at its facility in Germany this month and in Arizona next month.

While Nikola’s progress looks encouraging, the electric vehicle market is intensely competitive. Major traditional automakers are looking to seize market opportunities from BEV and FCEV.Hyundai Motor, Toyota Motor and General Motors are among the automakers working in fuel cell electric trucks. Similarly, in the segment of BEV, Nikola faces competition from Volkswagen, Tesla, Daimler, BYD, Volvo and others that have launched or plan to launch heavy-duty battery electric trucks in the coming years.

“These legacy automakers have increased financial, technical, manufacturing and marketing capabilities than Nikola. Therefore, profitably producing and selling electric trucks would be a huge challenge for Nikola. Even if the company succeeds in launching the initial models, which in itself is a difficult task, carving out a place in the competitive market would be incredibly difficult for Nikola, “says Khandelwal.

Nikola is believed to have bright prospects due to his growth plans in the FCEV segment, as batteries at the moment are not very optimal for heavy duty vehicles. However, it faces competition even in this segment from legacy automakers. Additionally, advances in batteries and the availability of charging infrastructure can erase those benefits as well. Volkswagen Scania has already launched battery electric trucks, while Tesla plans to launch its battery-powered semi-trailer soon.

“The company has made false claims about its technology earlier that led to the departure of its founder. With that background, the possible successful launch of their first truck remains questionable, “says Khandelwal.

Suppose the new management is more committed to the company and its shareholders. Still, the shares have a market capitalization of around $ 6.7 billion. Even with its sales target of around $ 3.2 billion for 2024 that the company provided at the time of listing, the current price implies a price-to-sales ratio of more than two. Aside from Tesla, all of the legacy automakers working on electric trucks have a price / sales ratio below one.

Nikola is still ahead of revenue and has yet to deliver his first truck. Your ratio is based on sales more than three years into the future. Production delays are quite common for car startups and the sales numbers seem optimistic. The company has already revised down its projected 2021 revenue from the previously announced $ 150 million to $ 30 million. In fact, the lower end of the guide is revised to $ 15 million for the year. But even $ 30 million is a fifth of what it had previously led. Lower expected revenue makes the price / sales ratio even higher. 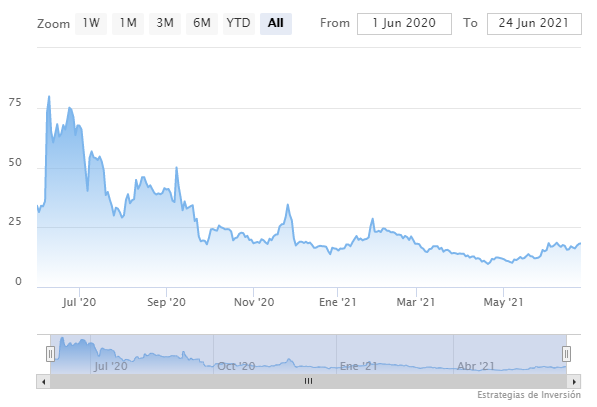 “Nikola seems to be progressing, albeit slowly, in the right direction. However, with Nikola’s past problems and the risks he faces, it’s hard to assume that he will deliver what he promises. I would consider the value only when you start production and deliver trucks that meet safety and performance benchmarks. Considering the substantial risks involved, investors would be better off avoiding stocks for now, ”concludes Khandelwal.