The dictator of Venezuela, Nicolas Maduro, announced that the military and politicians of the regime will have priority when it comes to being vaccinated against COVID-19 in Venezuela.

Among the priority sectors are also “the 14,000 house-to-house visiting brigades“- supporters of the regime that, says Maduro, have monitored the infections-, the staff of”social work who is permanently visiting homes, attending to needs “and the”security personnel who walks in the streets protecting people, “he said.

The dictator detailed in a public message that the Regime officials and deputies of the Chavista National Assembly – not recognized by much of the international community – will also have priority, While Maduro himself and his wife, Cilia Flores, also a deputy, will also be part of that group.

“Authorities are included in the vaccination plan that, by their work, they justify their street activity, their special protection for the State to continue its march. Likewise, the deputies are going to be vaccinated in this first stage, “he said to justify the decision. 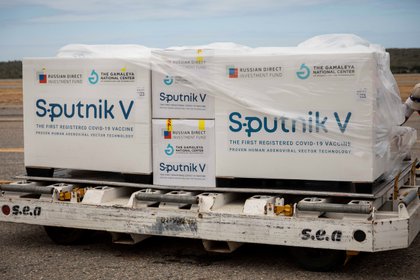 Maduro said that he hopes that by April Venezuela will be in “a mass vaccination phase“, And that the country can count on the vaccines developed by Cuba, China, Russia and those acquired through the COVAX mechanism, although he stressed that it will be the National Institute of Hygiene”who has the last wordAbout its possible approval. In the latter case, Venezuela has not paid the amount required to obtain the inoculants managed by the World Health Organization, and PAHO indicated on Wednesday that it will have to disburse USD 18 million in advance.

The Venezuelan dictator also has turned to its ally Russia to acquire 10 million of the Sputnik V vaccine and from which last Saturday a first batch of 100,000 doses arrived, that will begin to be applied in the next few hours to health personnel.

“We have approved the Sputnik V vaccine because our scientific studies have proven its total, absolute safety,” he stressed.

Maduro was open to “private” vaccination

At the same press conference, the Venezuelan dictator was open to allowing a private sector to operate for immunization against COVID-19 in the country, as a way to counteract the “blocking”Of resources that, as he said, have complicated the purchase of vaccines.

“It could be (…) in the middle of the battle against sanctions bad it would not be”Said Maduro when asked about a private market for vaccines that accumulates 133,927 cases and 1,292 deaths in Venezuela.

The president thus entrusted the Presidential Commission for the Prevention and Control of COVID-19, headed by the executive vice president, Delcy Rodríguez, carry out a study together with the Ministry of Health to evaluate the possibility of allowing the private market for vaccines. 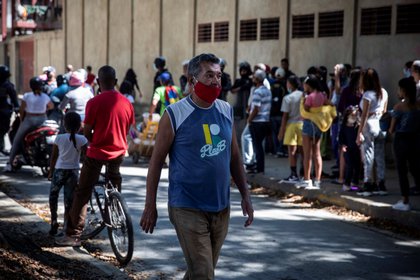 Maduro repeatedly denounced that Venezuela has resources blocked in the United States and, although to a lesser extent, other countries, what has complicated the purchase of vaccines to immunize the population.

The situation has led the regime and representatives of the opposition led by Juan Guaidó to sit down to negotiate to agree to purchase vaccines and access the Covax mechanism, a global collaborative initiative that seeks to accelerate the development of COVID-19 treatments, tests and prevention methods.

Guaidó said he was willing to seek the resources so that their country can enter the program, but that its implementation It depends on the Maduro regime accepting the scheme of the Pan American Health Organization (PAHO), which coordinates the mechanism in the region.

Maduro indicated this Wednesday that the negotiation “is in full development”And that he hoped it would end in a favorable and successful manner.

Russia admitted it does not have the capacity to meet global demand for its Sputnik V vaccine.