Home>U.S.>Nicaraguan boy who complained that coyotes dumped him at the border is in a central Texas 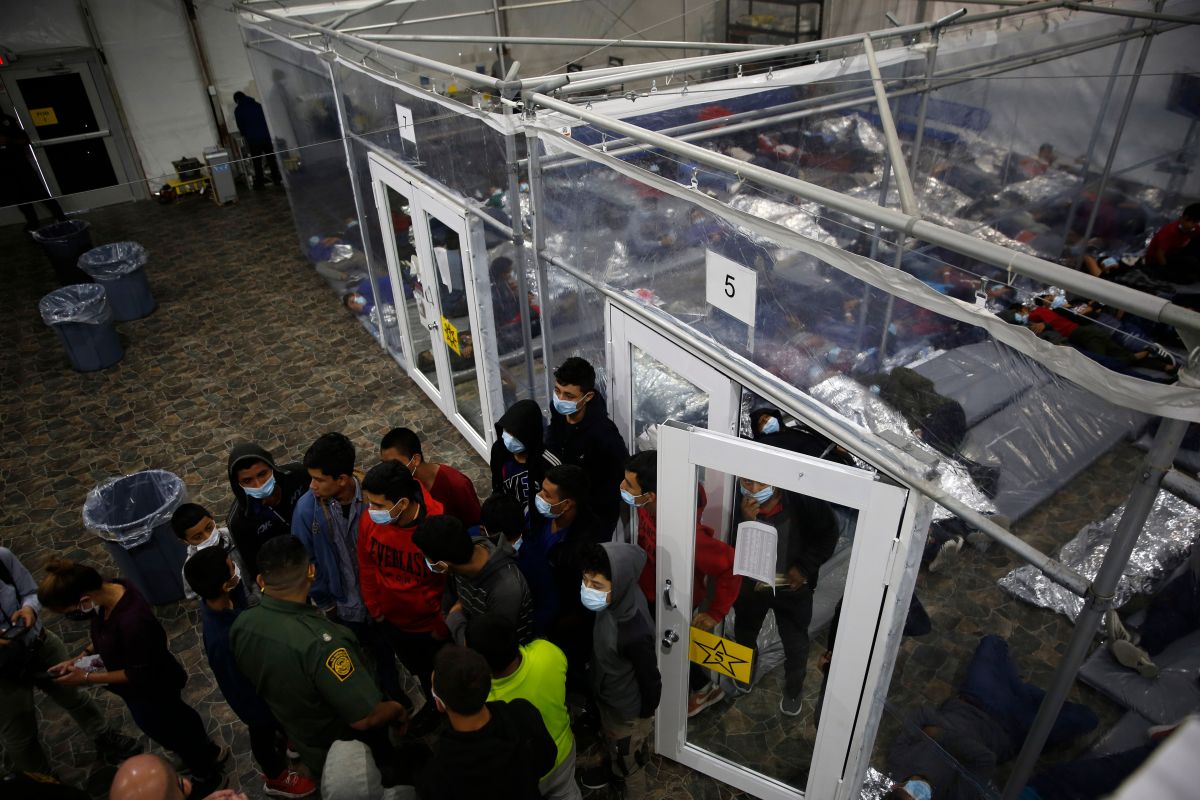 The Department of Homeland Security facility in Donna, Texas, to host migrant minors arriving alone in the United States.

WASHINGTON – The 10-year-old Nicaraguan boy who was abandoned on the United States border is in a detention center of Donna, in Texas, where he underwent medical examinations, the Border Patrol reported.

According to local media, the authorities have already contacted his family.

The boy was found last Thursday by a Border Patrol agent, on a rural road near La Grulla, 50 kilometers west of McCallen.

The video of the little boy asking for help from the border police has gone viral on social networks and has gone around the world.

In a statement, the Patrol explains that the ten-year-old boy “was distraught and crying” because when he woke up he realized that the group of migrants with whom he was traveling “had abandoned him.”

The minor was taken to the Border Patrol detention center in Donna and authorities contacted his family, according to the KTSA television station in San Antonio.

The statement from Customs and Border Protection (CBP) indicated that the child was subjected to medical examinations.

“Like all migrant children who arrive unaccompanied (of father, mother or legal guardian) and the Patrol finds them, the child will be transferred safely to the custody of the Office of Refugee Resettlement in the Department of Health and Services Social ”, added CBP.

According to the border police, “scenes like this are very common, as smugglers continue to abandon children in desolate areas, regardless of their well-being.”

The Customs and Border Protection Office asked those who contemplate entering the United States illegally not to “believe” the “human smugglers” who encourage them to do so and then “put the most vulnerable populations in danger.”

The administration of President Joe Biden has continued the policy of his predecessor, Donald Trump, whereby adult migrants and family groups who arrive at the border are expelled to Mexico.

But the Biden administration has adopted a different policy regarding unaccompanied minors and provides them with temporary shelter while locating their families.

CBP detention centers – where minors are not required to stay longer than 72 hours – and shelters supervised by the Department of Health currently have more than 20,000 minors in their custody.