The presence of the NFL in Mexico, with three regular season games, have meant a total economic spill of USD 171 million, according to the data reported by the study carried out by the firm Ernst & Young. Matches were mostly scheduled in the third week of November.

The 2019 duel was disputed Kansas City Chiefs Y Los Angeles Chargers, according to the data obtained via transparency, which meant an economic impact of USD 67 million, that is, a 13% increase compared to the game played in 2017 (USD 8 million more). It should be remembered that the 2018 game was not played due to the poor conditions of the Azteca Stadium field.

Meanwhile, the party of 2016, between Houston Texans and Oakland Raiders, was the first Monday Night Football that was played outside of the United States, it meant USD 45 million.

But not all items have positive balances. Were 76,252 fans those who witnessed the victory led by Patrick Mahomes and company from 24 to 17 over the Chargers. Of which, 27,900 traveled to Mexico City from other entities or came from abroad on the occasion of the game. They were tourists who on average stayed in the country for five days, stay longer than those who traveled for the Mexican Grand Prix (three days).

In the case of the people who came from the interior of the Mexican Republic, they were 22,500 national visitors, an item that also registered a drop, although it was 4.2 percent.

Of the people who gathered at the Azteca Stadium for the NFL regular season game that took place on November 18, 2019, 5,400 were foreign fans mostly American. The above means a reduction of 39% or 3,500 fewer visitors compared to the Oakland Raiders vs New England Patriots game (November 19, 2017).

The average spending of national visitors per night was USD 1,600 and in the case of foreigners was USD 342. Although the number of fans who traveled to watch the NFL game in Mexico decreased, however, the spending of said sector has practically remained during the three editions, in USD 44 million.

They are tourists who also visit other parts of the country, so the economic impact was estimated at USD 600,000 (12 million pesos) and two years ago the figure rose to USD 1 million.

“Visitors attracted to Mexico as a result of the NFL game provided broad economic benefits to the tourism sector and the economy in general. This was driven by the activities these visitors participated in, from shopping in and around the stadium, spending for lodging, retail and travel. These benefits apply not only to Mexico City, but also flow to the rest of Mexico, particularly when international visitors travel through the country ”, indicated in the study carried out by the consultancy.

One of the strategies implemented by the Enrique Peña administration, through the now defunct Tourist Promotion Council (CPTM), was to promote the Mexico brand and Visit Mexico through sports events like the NFL or Formula 1. 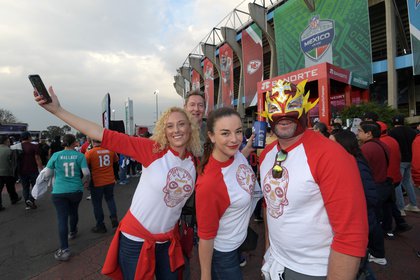 In the case of American football, the annuities are USD 14.5 million, amount that is covered in five payments, resources that were covered with the captured right of visitors without permission to carry out remunerated activities (DNR), tax that is charged to foreigners when they enter the country by air, as they do not have coverage exchange rate to make these types of payments, increased that quota.

Foreign visitors who traveled to see the game in Mexico, six out of ten responded that after their visit for the game they were likely to return, while the proportion in 2016 was 72% and 90% indicated that they would recommend it as a destination.

“Visitors attracted to Mexico as a result of the NFL game provided broad economic benefits to the tourism sector and the economy in general. This was driven by the activities these visitors participated in, from shopping in and around the stadium, spending for lodging, retail and travel. These benefits apply not only to Mexico City, but also flow to the rest of Mexico, particularly when international visitors travel through the country ”, indicated in the study carried out by the consultancy. 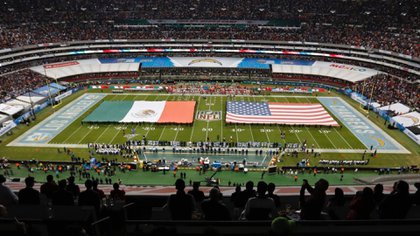 The 2019 game was broadcast on ESPN and had an average audience in the United States of 13 million.

While, Mexico is the most important market for the American football league, it is estimated that our country has approximately 21 million fans. The 54th edition of the Super Bowl was watched by 12.01 million Mexican viewers, in which Kansas City defeated the San Francisco 49ers 31-20, according to information from Nielsen Ibope.

How were the negotiations in 2018, after the cancellation of the game?

It was in January of this year that the league announced that the country was scheduled for a regular season game in 2020 and 2021, But due to the health contingency, the regular phase matches that had been agreed outside the United States were canceled.

That league announcement was already stipulated since 2018, it should be noted that the game between Kansas City Chiefs and Los Angeles Rams is not played that year due to the poor conditions of the Azteca Stadium field. In this case, the NFL is the one that provides a service, in this case it is the game, and for this reason it had to hire a third party to carry it out. The government only makes an agreement for this event to take place that would allow the promotion of the Mexico brand. 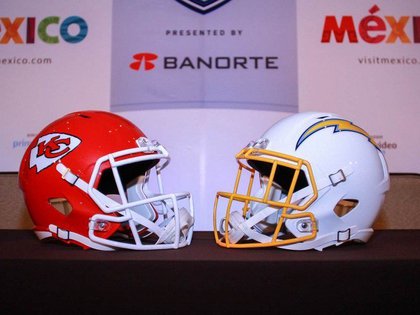 The NFL will remain in Mexico City for three more years. (Photo: Twitter)

The poor conditions of the grass of the Azteca Stadium, facilities that the NFL contracted, to be able to carry out the third game of the first contract (which was signed in February 2016), in view of this situation, the CPTM and the NFL agreed terminate the agreement early, which is indicated in an official letter dated November 15, 2018 and the game was to be held on 19.

It should be noted that the annuities were made three payments, prior to the realization of said meeting (Kansas City vs Rams), the Mexican government had disbursed USD 10.8 million out of a total of USD 14.5 million.

The document indicates that it was on November 13, 2018 that the “supplier”, in this case NFL, formally informed the “Council”, the CPTM, arguing that It was impossible to carry out the Event due to circumstances not attributable to the “provider”. The closing and settlement act between both parties was issued on November 28, 2018.

In that same year, se agreed a new contract for three games: 2019, 2020 and 2021. Situation for which the NFL announced in January of this year that it would “return” with regular season games, which was already stipulated by contract.

World Series: what was the audience for the games between the Dodgers and Tampa Bay in Mexico