He does not come yet Carson wentz to the organization of Colts of Indianapolis and the differences within the team have already begun. Today it is announced that the player who officially carries the number 11 on the Indy team roster is not willing to exchange it with the new quarterback of the organization.

Taking advantage of the fact that boxing is in vogue, I will take the opportunity to refer to one of the phrases of this sport, there are fights that should not be had or at least avoid them at all costs and it is that it turns out that the receiver of the Colts, Michael Pittman Jr. gives a statement to the media that has surprised everyone, he will not change the number he plays with within the league.
In an interview with the league channel, NFL Network, Pittman was questioned about the number and this is what he replied:

“He actually texted me a couple hours after the news broke, and he asked me how I would feel about it, and I told him I’d keep it, and he said it was okay, and he would trade. number and it would be simple.

It does not seem very brilliant for me to start a fight with the man who is directly responsible for the number of balls that the player could have in his offensive scheme, since the quarterback is in charge of “distributing the ball.” But in the same interview, the player announced that there was already a digital approach by Wentz with him.

Pittman has been in the league since the previous season and Carson Wentz has been five years ago and if there’s one thing that players normally don’t want to let go of, it’s the number they wear on their jersey. Michael assures that in that brief talk they had via WhatsApp, the quarterback asked him about the possibility of giving him the number to which he responded ipso facto that it would not happen. 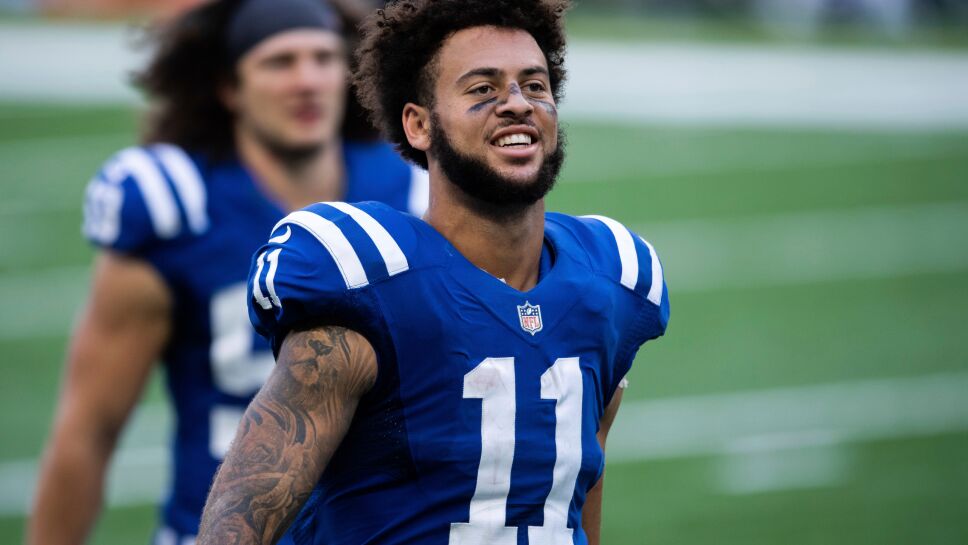 There are no official versions

So far Wentz has not given a single statement regarding that talk or what options he will have going into next season with the number he will use. Anyway, only time will give us a clearer picture as to whether the relationship with their second-year receiver eroded or whether they simply agreed as adult and professional players; history has always given more weight to veterans than to rookies and above all to quarterbacks over any other player.