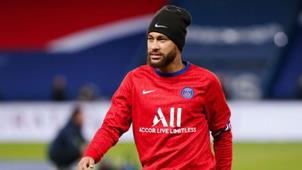 Neymar and Barcelona are related again, on the one hand in the courts and, on the other, in the first days of an electoral campaign that has not yet started and in which some candidate for the presidential elections to be held on January 24 has conversed with his inner circle, hinting at his interest in signing the Brazilian for next season.

ESPN contacted various candidates to know first-hand their opinion regarding the possible return of Neymar to Barcelona revealed by the Sport newspaper and if they would have contacted him or his environment about it. There were a majority of negative responses … But it was not a generalized response.

Between the resounding no by Víctor Font and the memory of the yes without doubts that Joan Laporta expressed in April, up to seven candidates for the presidency of the Barça club considered that return …

And despite the rejection caused by many of the Brazilian forward’s figure for his departure and all the legal disputes that have followed since then, there are those who believe, no matter how weakened Barça’s economic situation is, that it is not a utopia to imagine Ney back.

BETWEEN THE COURT …
The Paris Saint-Germain footballer has filed an appeal against the ruling that in June dismissed his lawsuit against the Barça club in which he claimed the payment of 43.6 million euros as a signing bonus for his last renewal in 2016. In said ruling the Social Court 15 of the Catalan city upheld the contrary claim presented by Barça and ordered the player to pay 6-7 million euros.

At the Camp Nou there is evidence of the step taken by Neymar’s lawyers, which must be resolved by the Superior Court of Justice of Catalonia, and there is, a source from the Barça club told ESPN, “tranquility” because they understand that the sentence handed down in June was clear enough about it …

In fact, Barça filed another lawsuit against the player this last week in which he claims that he paid more than 12 million dollars for a tax regularization of the payments that were made between 2013 and 2017 in a new chapter that the two live parties in court.

… AND THE ELECTIONS
But, in parallel and surprisingly, even more so considering the current financial situation that Barcelona is going through, Neymar reappeared in a sporting context related to the club. According to information from the journalist Joaquim Piera, some pre-candidacies for Barça’s elections have probed the player to find out his future intentions and the options that, if necessary, they would have to study his signing.

Neymar ends contract in 2022 with PSG and if his renewal is not agreed, the French club could, always conditionally, study his transfer. That is where the figure of Barcelona would enter, a destiny that Ney has always kept on stage … And in which the new president, who emerged from the elections of next January, would play a transcendental role.

ESPN contacted several of the candidates. And the reactions were diverse.

Víctor Font, today the favorite in the polls while waiting for all the pre-candidacies to be made official, is openly against the return of the Brazilian player. “It is past water, I would not sign him,” said the candidate in May in an interview whose opinion was confirmed this past Friday from his own team, a source from which he ruled that Neymar is not in his plans.

“I would defend him not to come”, Toni Freixa resolved in the first person, who considering that it is “implantable” from an economic point of view taking into account the current situation of the club, recalled that Ney “has behaved badly and has pending accounts with Barça “.

“As president, and even though it is interesting from a sporting point of view and perhaps economically feasible, I would argue that no,” summed up Freixa, who was already at the club in the first stage of Laporta and until 2015 was part of Bartomeu’s team.

Neither Agustí Benedito nor Xavi Vilajoana wanted to refer to this possible return of Neymar. The first hid behind “not talking about names”, referring more to the global project of his candidacy while a source from the Vilajoana team preferred not to make any mention of the issue.

“He was wrong when he left and we do not consider a possible return as a priority,” explained Pere Riera, who clarifying that the Brazilian “is a great player” understands that possible return “very difficult. It would depend on many factors, including the economic situation and your own environment. “

On the other side of the scale, favorable to a return of Neymar, there are two applicants. Joan Laporta, who has not yet formalized a presentation that is expected to be effective before the end of this month of November, proclaimed in April that Ney would “be safely recovered” and in the last hours various journalistic information, not confirmed but not denied to ESPN by people close to the former president, affirmed that he has discussed such a possibility with the Brazilian player’s environment.

Jordi Farré, for his part, assured in the first person that the signing of Ney “would depend on several factors”, showing himself open to that possibility. “We always open the door to top-level players and he is,” explained the promoter of the vote of no confidence, noting that Neymar “should publicly apologize for everything that happened and withdraw all the lawsuits filed against the club. .. From there, if it were economically possible and had the support of the sports commission, it could be studied “.