Summer in New York City warmed up with celebrations for the end of restrictions for the coronavirus pandemic and the end point of the health ‘State of Emergency’ decreed by Governor Andrew Cuomo. But amid the festive weather there is a pending subject: A few days before July 1, still the goal has not been met that the City considered fully vaccinating five million residents of the Big Apple.

While the average number of vaccinated in the state already passes the 70% line of the adult population, in the city where the return of activities involving large concentrations is expected, the average of those immunized with two doses amounts to 49%.

Now vaccines abound in every corner and even can be programmed at home, but Health authorities are trying to deal with resistance, for various reasons, from millions of New Yorkers who have been indifferent or they are afraid to inject themselves.

“The total reopening of the city we receive it with enthusiasmAlthough the truth is that we have not reached the vaccination goal in New York City, projected for early summer. There is a titanic work to be done in communities that do not believe in the effectiveness of drugs. And this must be handled with care, especially when we see the advance of the new Delta variant of COVID-19 “, he warned Guillermo Chacon, president and founder of the Hispanic Health Network. 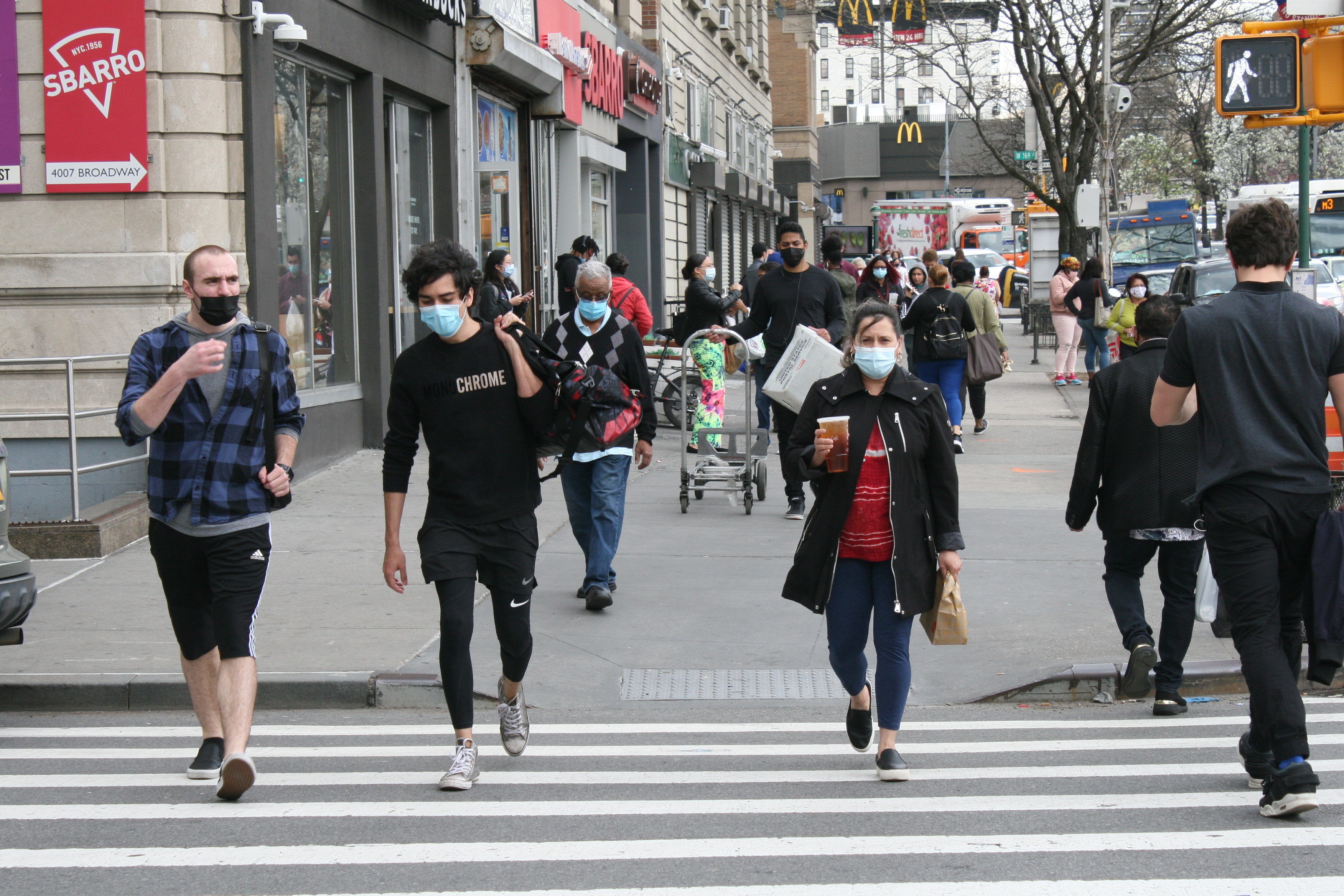 The streets of the Big Apple are regaining their energy after months of restrictions. (Photo: F. Martínez)

As of this Friday, according to figures from the New York City Department of Health (DOHMH), exactly the arm of 4,086,757 New Yorkers who are already in the group of “Full vaccinated”, either with both Pfizer and Moderna doses or with the Jhonson & Jhonson single inoculation.

Chacón explains that what was observed in some work sessions directed specifically to Hispanic communities, leads to the conclusion that it will require “Work and patience” to reach doses to the doubtful, fearful and skeptical, also fueled by the traditional anti-vaccine groups.

“It is not about telling people only: Come and get vaccinated! There are firm decisions of groups that decided not to do it. And they must be offered the appropriate information required, “said Chacón.

Until the beginning of March, the authorities of the Big Apple demanded more supplies of doses from the federal government, now with doses available to achieve their immunization goals, now the challenge is to try to convince those who despite the wide offer to schedule the inoculation , they have mistrust in new drugs.

The reasons for this resistance range from widely publicized accounts of its deleterious health effects to religious beliefs.

However, with this group of vaccinated, all the indicators in New York show a decrease in the number of cases, deaths and hospitalizations.

Last week the Big Apple closed with a percentage of positivity of COVID-19 below 0.78%.

Mayor Bill de Blasio attributed this Friday to the “high level of vaccination” that the viral infection remains fully controlled.

Faced with reasonable fears of the appearance of the new Delta strain, he added: “If something changes, we will evaluate it. There’s a lot time to make adjustments ”.

Authorities do not give up

Pedro Frisneda, DOHMH spokesperson, indicated that the City’s expectation is to continue vaccinating as many people as possible each day, while continuing to fine-tune the strategy to reach New Yorkers in the most lagging neighborhoods.

“The most recent strategy to speed up vaccination has been take the doses home through a program that is already available. Home Immunizations for All New Yorkers expands a program launched by Test & Trace Corps in May to reach those most in need, including seniors, NYCHA residents and city employees, ”Frisneda stressed.

In the same way, the bus of mobile vaccines continues to be brought to the poorer neighborhoods and affected by COVID-19, located in The Bronx, Brooklyn and Queens.

In fact, the City continues with its plans and its offer of “normalization”, one of them is the launch of the local tourism campaign ‘NYC the time is now’ that aspires to receive 10 million visitors this summer alone.

Meanwhile, the New York State Health authorities have on their vaccination map that seven of the 25 zip codes The state with the lowest coronavirus vaccination rates are in New York City. And on time, six of them are in Brooklyn, Governor Cuomo reported Monday.

In the Governor’s statistics it was emphasized that the neighborhood of Williamsburg in Brooklyn, has the lowest proportion of people vaccinated against COVID-19 in the city, with a rate of 32%, followed by Ocean Hill and Far Rockaway, Queens, with 33%

The least, the most

Until this Friday in the statistics of the DOHMH, the town of southern Queens, Edgemere- Far Rockaway, maintains the lowest vaccination rates in the entire city with the 29% of adults with full immunization doses.

In Brooklyn, in the neighborhood of Borought park only 31% of its residents have chosen to inject and in eastern WILLIAMBURG slightly increased immunization level to 37%.

On Hunt Point, In the Bronx, one of the most apathetic localities to inject with the 33% of adults inoculated.

The downtown harlem It is also one of the most lagging communities, with the 38% of immunized adults.

In contrast, neighborhoods of the Lower manhattan as is the case of the financial district and the 97% of its residents are “fully vaccinated”. Also in Chelsea, 79% of the population completed their doses.

Flushing in Queens It has already broken the barrier of 71% of its eligible population that received the complete inoculation. 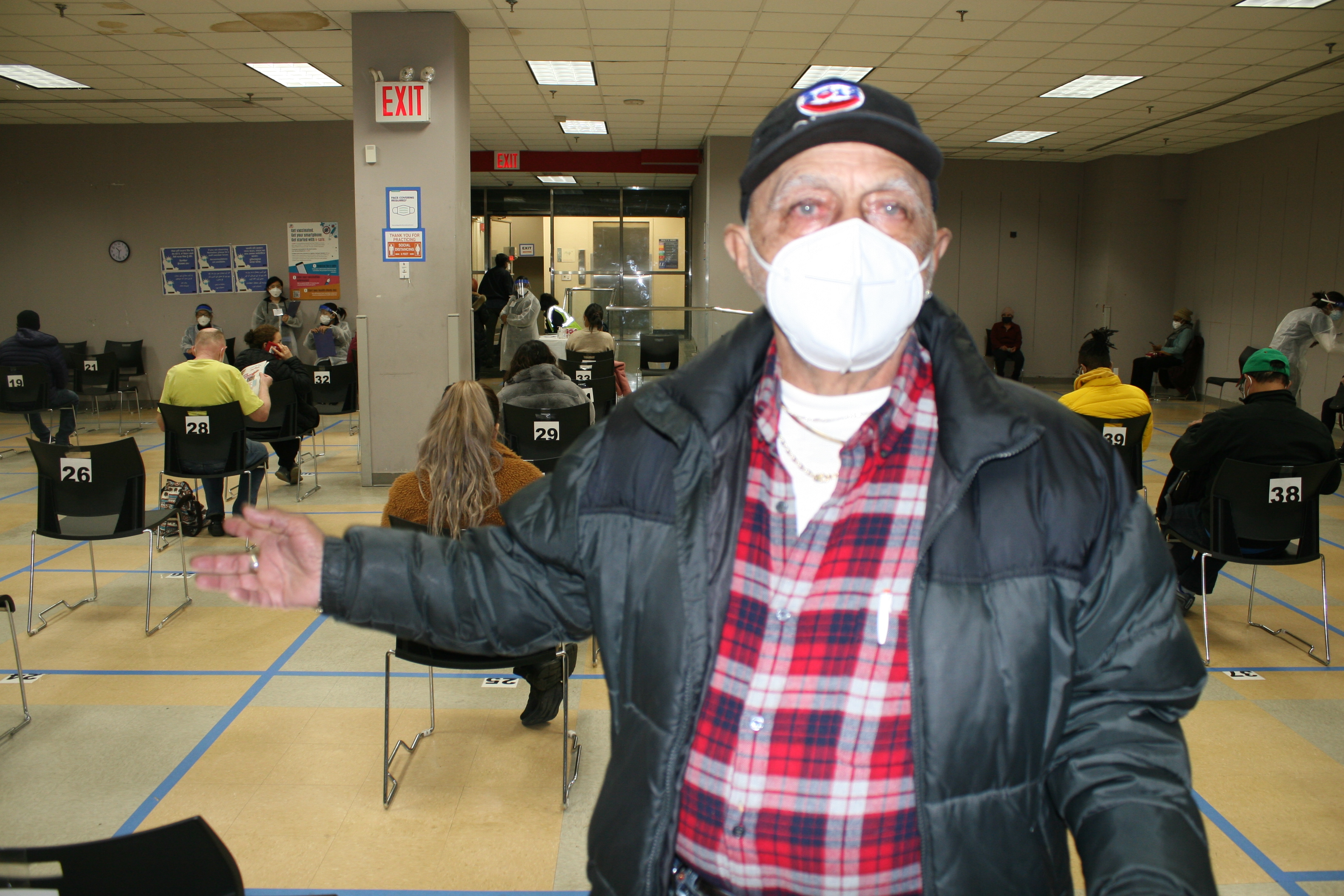 Puerto Rican Angel Sánchez assumes that getting vaccinated is a way to help defeat the pandemic. (Photo: F. Martínez)

The Puerto Rican Angel Sánchez He went to a vaccination center in Queens confident that his decision would be the best, not only to protect his health, but also to help the Big Apple overcome a pandemic that has already left 33,000 deceased.

“I am happy and without any fear of having opted for these doses. This is the key to get back to normal. Regarding who thinks differently, but science is science, “he said.

The Colombian María Bartolomé, 45-year-old has already been vaccinated and fought from the beginning to get the new drug into her 80-year-old mother’s arm. Although you have your doubts to vaccinate your teenage children.

“I am not going to authorize them to wear them yet. I’ll wait. For some reason, I’m scared of them, ”said the immigrant from Queens.

Likewise, the Puerto Rican teacher Jesicca de los Ríos, 55 years old and a resident of Harlem, invited the doubtful to draw an account.

“Since the vaccine began, everything started to go down with the virus, especially the hospitalizations and deaths, that’s a clear sign that they work. That someone give you a reaction is logical. It’s easier for you to die now in New York for a stray bullet than for a vaccine “, concluded the educator.

The Dominican doctor resident of the Bronx, James Hierro, has a different vision: “I am not an anti-vaccine activist, I support them, it simply strikes me that in the specific case of these drugs that generally require 7 to 12 years of experimentation, in a matter of months they are ready to be administered . I do not get vaccinated and I have more than five compelling arguments for not doing it ”. 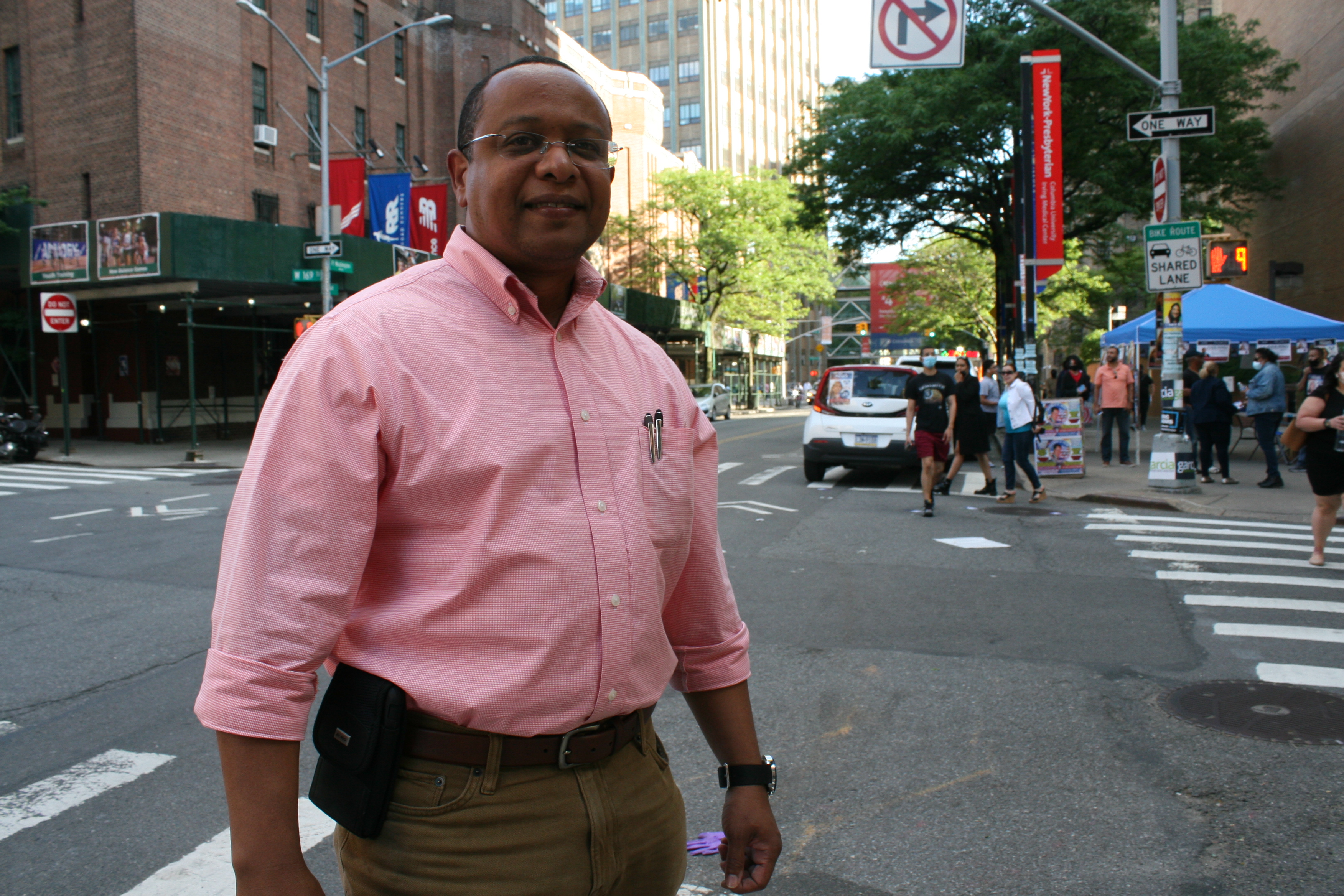 James Hierro: “I have many compelling arguments for not getting vaccinated.” (F. Martínez)

913,243 people Additional “full vaccinates” should complete or receive their doses in the next five days to meet the immunization goal of 5 million for the total opening on July 1.
1,755 postal codes has the state of New York and 10% have immunization averages below 38.8%, seven of these locations are in the Big Apple.
61% of Manhattan adults are fully inoculated, the lowest averages are in Harlem and Washington Heights where the average is below 45%.
54% of eligible residents from Queens already reached the doses
40% of the 1,421,021 people living in the Bronx have chosen to receive the doses, meaning the county with the lowest vaccination rate.
43% It is the ‘full vaccinated’ rate in Brooklyn.
9,099,399 doses have been administered in NYC since the immunization initiative began on December 15, 2020.
15,000 New Yorkers they have been injected into his home since the City announced the initiative last week.

Home immunization appointments are available seven days a week, from 9 am to 7 pm New Yorkers can register for an appointment by visiting nyc.gov/homevaccine or by calling 877-829-4692.