Home>Entertainment>Movies>New Trailer for ‘The Woman in the Window’: Amy Adams’ Movie Comes to Netflix in May

‘The woman in the window’ is one of the films that has suffered the most from the coronavirus pandemic, and even before. Initially set to hit theaters in 2019, the film postponed its debut to polish up details. It got a new release date in May of last year, with a strong campaign to highlight the role of Amy Adams, but the lockdown left Joe Wright’s film in a distribution limbo until Netflix seized the rights and set a date. final release on May 14. We will not see it in theaters, but the streaming platform continues to bet heavily on it. Here we have his new trailer:

Based on the AJ Finn best seller, ‘The Woman in the Window’ follows a woman (Adams) who suffers from agoraphobia and who never leaves her apartment. One day he meets one of his neighbors (Julianne Moore) and invites her to come over to her house. Later he sees from his window that something serious has happened to him and calls the police. But soon details of the case will begin to appear that will make Anna doubt her own word.

The cast of the film features a lot of familiar faces such as Gary Oldman, Julianne Moore, Anthony Mackie, Wyatt Russell, and Brian Tyree Henry. The script for the adaptation of the novel is signed by Tracy Letts (‘August’).

During the presentation of the trailer, Amy Adams, sitting in front of a shelf clearly missing an Oscar, declared herself a fan of psychological thrillers and described that ‘The woman in the window’ has “a lot of darkness, a lot of shame, a lot of secrets. It’s a very interesting way of approaching the thriller. ” Anthony Mackie pointed out that all of us during this pandemic will have been one of those “who look at the neighbors from the window” and “we have all had moments of being irrational or not entirely stable”, so this thriller is not even painted. Wyatt Russell admitted that he was already quite a hermit before the pandemic, “but even I felt confined and I am a person who does not usually go out often.” Mackie also remembered Wyatt Russell telling him on the set of ‘Falcon and the Winter Soldier’ ​​that they had already worked on a movie together and he replied, “I don’t know who you think I am but it wasn’t me.” The actor who plays Sam Wilson in the Netflix series explained that he did not know that the new Captain America appeared in ‘The Woman in the Window’ because he did not have scenes with him.

Julianne Moore wanted to emphasize that “Amy is wonderful. How she captains the whole film, because she carries her with so much emotion, so much truth and so much tension”, to which Adams, who also took the opportunity to thank the entire team of The film for work since they were not going to be able to present it all together, took the opportunity to say that she was and is “obsessed” with Julianne Moore and asks to work with her in more than one scene. Speaking of “true crimes,” hardly any member of the cast is a fan of the genre except for Adams: “God, I am that person who likes true crime, what does that say about me, I see it before I sleep, I am so sorry. The other day I asked my husband why we like true crime so much, and I think it’s because of psychology, because we want to understand. ” 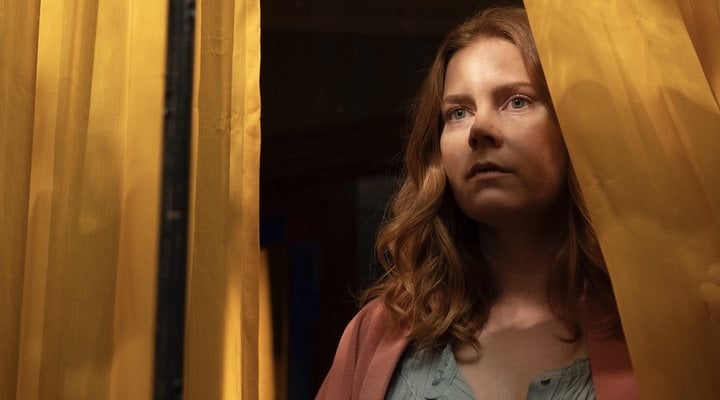 Joe Wright, the director, explained that they built the house, almost the only set in the movie, on a very high set in Brooklyn where they could have the first two floors of the house one on top of the other and have the third floor and the basement nearby. He called it “a dollhouse” in which to put and remove walls and “play” with it. Say what the experience of living in there for three months became “quite intense and it affected us and we became a bit wild. But I think that added to the intensity of the experience and to the film.”.

The drama in the window

‘The woman in the window’ has its dose of drama behind the scenes. According to THR, the first time the film’s premiere was delayed, the last time it will bear the seal of the closed Fox 2000, one of the studios that Disney acquired with the purchase of 21st Century Fox, was because it was not convincing in the test passes. . Tony Gilroy, director of ‘The Bourne Legacy’, was reportedly called in to handle the reshoots. The media reports that the result of the test passes did not vary despite the retouching. We will have to wait until May 14 to check the final result when ‘The woman in the window’ arrives on Netflix.