Promised is a debt: 20th Century Studios has released the second and final trailer for the new film version of ‘West Side Story‘directed by Steven Spielberg and which will be released in theaters in Spain and the United States on December 10, a year later than originally planned.

The singers and dancers who will give life to the different members of both the Sharks and the Jets, the rival gangs of this classic tale of rivalries and youth love affairs in 1957 New York, are:

Sharks and Jets feature in many of the world’s most renowned dance and music scenes. ‘West Side Story’such as “Cool”, “America”, “Gee, Officer Krupke”, “Jet Song” and “I Feel Pretty”.

The creative team for this Steven Spielberg-produced and directed film consists of the best of Broadway and Hollywood, and includes Oscar-nominated and Pulitzer Prize-winning screenwriter Tony Kushner, who also serves as an executive producer; Tony Award-winning choreographer, director, and dancer Justin Peck, who choreographs the film’s musical numbers; Gustavo Dudamel, the prestigious director of the Los Angeles Philharmonic and GRAMMY Award winner, who directed the recording of the iconic soundtrack; Oscar-nominated composer and conductor David Newman, who has arranged the music; Tony Award-winning songwriter Jeanine Tesori, who has supervised the voice cast; or Grammy-nominated music supervisor Matt Sullivan, who has served as the film’s music executive producer.

Also leading the production are Tony Award-winning producer Kevin McCollum and Academy Award-nominated producer Kristie Macosko Krieger. In addition to her work before the cameras, Rita Moreno, which we remember, was already part of the cast of the West Side Story In 1961, she is also one of the executive producers of the film. 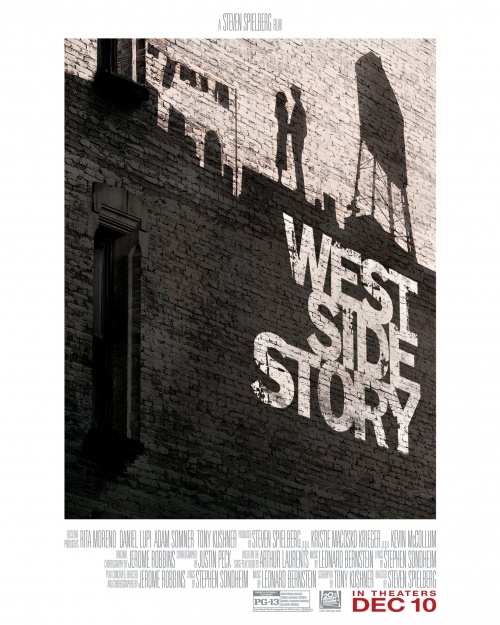