The off-road world is excited about the renewal of one of its great icons. The Toyota Land Cruiser 2022 is getting closer to being presented, and today we bring you some images that recreate what the new Land Cruiser J300 could be like. Toyota knows that it is played in this update, because in the height of the off-road boom, the Land Cruiser must rearm its arguments to maintain the fight with the Land Rover Defender, the Ford Bronco or the Jeep Wrangler.

The Toyota Land Cruiser J300 is not a regular on the old continent, but in Europe it is also marketed under the name Land Cruiser V8. Our Land Cruiser is actually the J150, a very different off-roader, but it also bears a certain relationship to the model that is about to be completely revamped. Thus, after discovering several units of the new Land Cruiser with very little camouflage, the guys from kolesa.ru have got down to work to imagine what this new generation of Japanese 4×4 will be like. 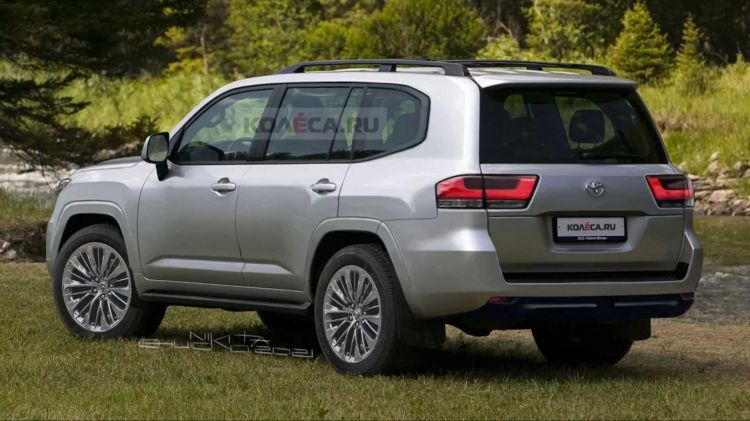 In these recreations what we can observe is that the Land Cruiser will mainly update its front, something that we could already verify with the first mules of the model that were hunted months ago. Toyota does not intend to risk when renewing its star 4×4, but to update it in image and technology in order to keep it as one of the clear references in its class. Thus, the Land Cruiser will receive new LED headlights and lights, with a more horizontal and aggressive design, being accompanied on the front with a Newly designed and larger grill composed of large horizontal slats, and in the rear with a door of new invoice.

Perhaps one of the most curious aspects of this renovation we will find under the bodywork, and that is that in addition to the arrival of new diesel and gasoline engines, we could also find a finish or even version signed by Gazoo Racing. It is no secret that Toyota aims to take advantage of Gazoo Racing in all its facets, and one of them is clearly the off-road vehicle with a very leading role in the Dakar. A) Yes, the idea of ​​seeing a Land Cruiser under the GR seal takes on more and more force after leaking some images of manuals and technical documentsAlthough it will be necessary to wait for its official presentation to discover if Toyota is encouraged to launch a hypervitaminated Land Cruiser, which would be the perfect move to respond to the arrival of the Ford Bronco and the Land Rover Defender.