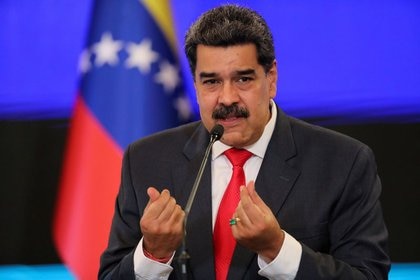 This Wednesday, February 17, Nicolás Maduro again attacked President Iván Duque for the Temporary Statute of Protection for Venezuelan Migrants that the Government of Colombia announced, and rejected that the head of state insisted on point out that dissidents of the Farc and the ELN have camps in Venezuelan territory. “They have 22 years accusing the Bolivarian revolution of the same”, He said.

“I have told the Bolivarian National Armed Forces to respond forcefully to the reckless statements of Iván Duque about Venezuela, to answer them by word of mouth and to clean the barrels of our rifles to answer it in the plane that we have to answer it if Iván Duque dares to violate the sovereignty of Venezuela, if it dares to touch a millimeter of Venezuelan territory, “Maduro threatened.

In addition, the head of the regime accused Colombia of having abandoned the border with Venezuela. “You leave the Colombian side and there are no authorities, there are no military, no police, there is nothing, abandonment. They have handed over the border for a long time to the paramilitary mafias, smugglers, drug traffickers and there are also the remains of the Colombian guerrilla “.

If Iván Duque dares to touch a millimeter of Venezuelan territory, don’t you go crazy Iván Duque! Know your limits and respect Venezuela.

This is what Maduro said:

“Based on his speech, the illegitimate and criminal regime of Nicolás Maduro reaffirms its indifferent and cruel attitude towards the serious humanitarian, economic, political and social reality that the Venezuelan population suffers”said the Foreign Ministry. 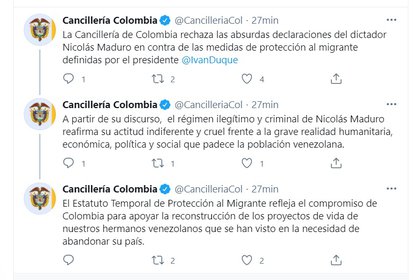 From El Nula, capital of the San Camilo parish, Páez municipality, the greatest presence is from the ELN, or on the island the Amparo meadow, and from there with navigation on the Arauca River to Puerto Infante and the Capanaparo and the Cinaruco River; The problem was born in that unguarded border axis, the FARC took refuge, which assumed our territory as a spillway area. 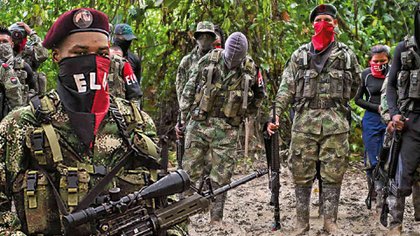 None of the seven municipalities in Apure state is free from the presence and control of guerrilla groups, with the FARC predominating, with the exception of the Páez municipality, controlled by the ELN almost completely.

The Muñoz municipality, in the territories of the State-owned herds, Agroflora, in the Araguayuna sector, in the stockade, on the lands of the El Frio and Cedral herds, there is a FARC presence. In the Río Caribe area in Elorza they have camps and impose order and security throughout the municipality. When some inhabitant is stolen a beef, they do not go to the GNB (Bolivarian National Guard), they choose to go and complain to the FARC commander, because the guerrilla applies its own law, over and above the Venezuelan legal system.

Guerrilla chiefs exhibit pickup trucks, escorted with motorcycles and armed men. “It’s like in Pablo Escobar’s films, Commander Quijada or Mandíbula carries a notebook and takes note of the complaints made by the population. People look at the guerrillas with admiration, children dream of being guerrillas, and they build that type of heroes in their images, ”reveals a source from the area.

“Colombia fails to comply with the precautionary measures in favor of Ricardo Calderón”: FLIP

73% of Colombians do not agree with fracking in their municipalities