Porsche has started the development of the new generation of one of its flagship models. A new Porsche Macan that will arrive in 2022 and from which a part of its new aesthetics has been leaked just a few days ago, which we have used to translate the design into a preview of the future electric SUV.

For a few days Porsche has been unveiling some of the most secret projects that it has worked on and that have never seen more light than that of the warehouses where they are stored, the vast majority non-functional but full-scale models. Among those interesting samples, a 1: 1 scale clay model of the new Porsche Macan.

The second generation of the SUV already is in development, we have seen some spy photos hunted in one of the secret tracks of the firm, prototypes with a bulky camouflage on a silhouette that made very similar shapes clear and that fit with the filtration of the mockup. A definitive design more than possible considering that the new generations of Porsche models do not represent a radical change in design, rather an evolution. 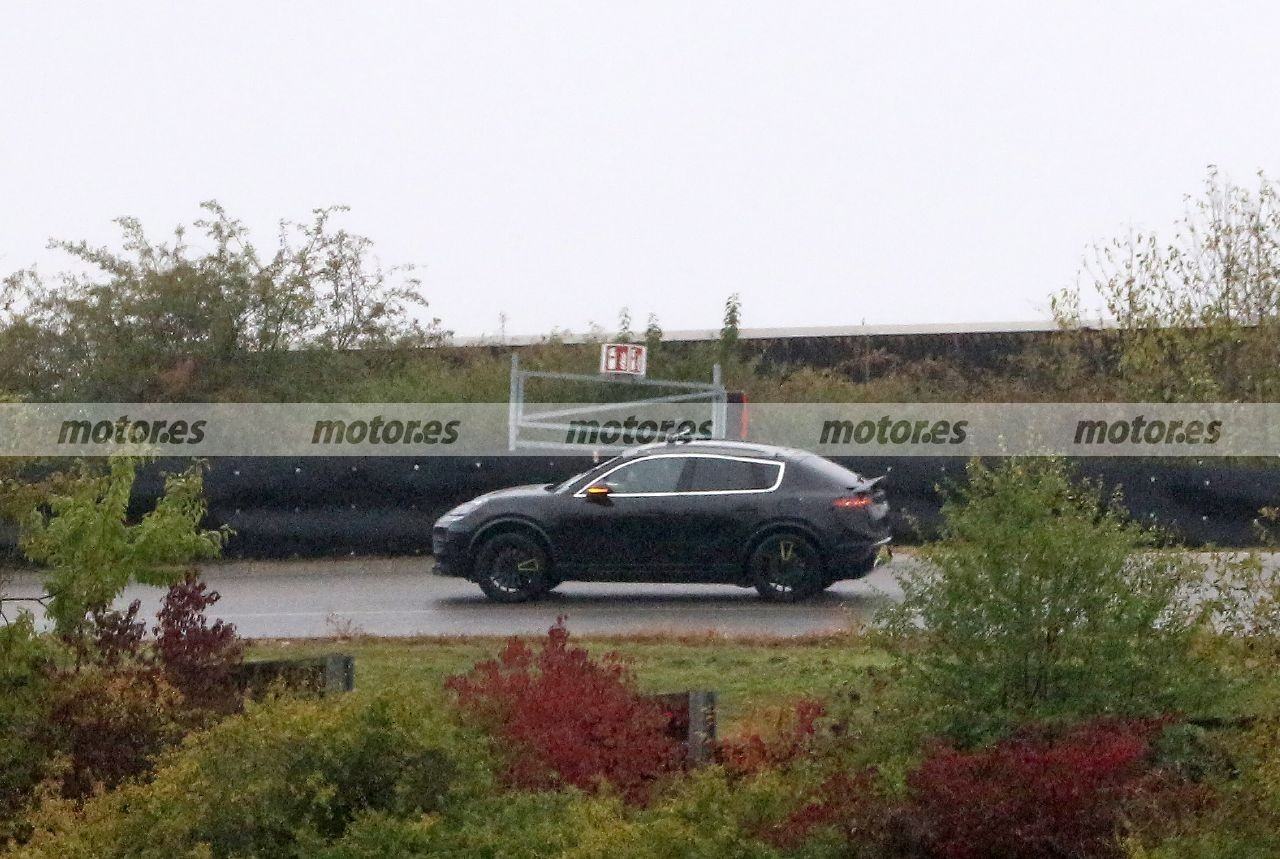 This proposal is what we have used for a recreation, a advance more than faithful to the production model. The proportions and design of the silhouette have been respected, along with the slightly curved roof line but which in the new model the inclination will be more marked accentuating the effect of a coupe. The front view shows smaller headlights with the four LED spots inherited from the Taycan, and a closed bumper with the only grille at the bottom.

Two more vertically will complete the cooling. These will be the keys to the exterior design, along with retractable door handles, while inside the space will be the best quality, more space for five passengers, and a dashboard that will inherit the Taycan instrument panel.

The Macan will abandon its combustion concept to transform into a high-performance electric, the first model developed on the PPE platform of Premium electric cars, an architecture that is prepared for models in the D, E and F segments and for all types of bodywork. In the case of the future Macan, different power levels are expected, with a single electric motor on the rear axle and a second on the front axle and all-wheel drive, in addition to the battery pack placed between the axles.

Regarding the supply of powers, our informants point out that the supply of the Porsche Macan will be smaller, with a version Turbo, which will arrive with a maximum of 500 hp, a figure more than enough for the category of the model and that does not interfere in the field of the Taycan Cross Turismo. The future Porsche Macan Electric It will debut in autumn 2021, debuting on the market in the first half of 2022.

First spy photos of the Porsche Macan 2022, the new electric SUV already on the way