The British firm is about to finish the production of its iconic tricycle and to celebrate the occasion, they have decided to launch a limited edition as a tribute to the model with a very special configuration, the exclusive Morgan 3 Wheeler P / 101.

This year 2020 is proving very significant at many levels, although for manufacturers like Morgan it will be a very prominent page in its long history. Well, in addition to all the events that have occurred due to the health crisis that is ravaging the planet, Morgan Motor Company has experienced some very important milestones this year, such as the end of the manufacture of its long-lived steel frame, a platform used by all models of the brand for the past 84 years.

This platform, known worldwide for having some wooden elements, has been replaced by the new and much more modern CX aluminum platform on which the two most important product lines of the British brand have already been released. The new Morgan Plus Six and Morgan Plus Four, which replace the previous Plus 8 and Plus 4. Although this year will also be the end of the company’s curious tricycle, the Morgan 3 Wheeler, which is nearing completion of production. 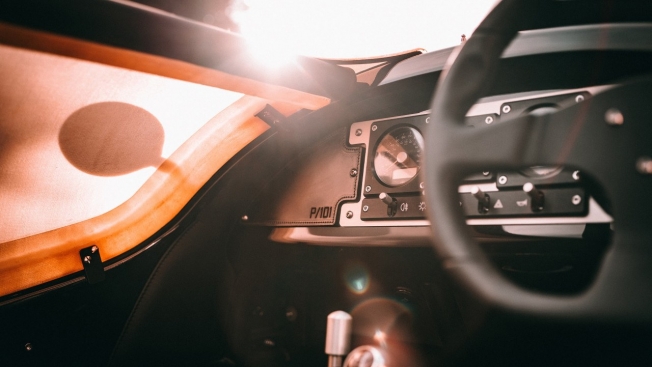 The Morgan 3 Wheeler was introduced in 2011 and it was a kind of Modern recreation of Morgan’s vintage V-Twin trikes, manufactured at the beginning of the 20th century. The new model takes a large part of the aesthetics of these, it has a North American S&S V2 2.0-liter engine and its price list starts at 32,000 pounds, which in our country amounted to over € 50,000.

To celebrate the end of production of the Morgan 3 Wheeler, the company has done what it does best, manufacture exclusive retro-style sports cars, and has therefore decided to launch a new limited edition of this model, the new Morgan 3 Wheeler P / 101.

This limited edition takes the code name that the model had during its development, P / 101, and has many exclusive equipment itemssuch as faired front wheels, new retro-style color schemes, leather seat covers for the passenger seat, Hella auxiliary lights or new ceramic exhaust system. Of this limited edition, only 33 copies will be manufactured at a price of 45,000 pounds a piece, which means about € 50,200 at the current exchange rate. As revealed by the brand, most of these units have already been sold to European and American customers.