Habemus new smart bracelet from Huawei. After launching the Huawei Band 4 and Band 4 Pro, the Chinese firm has decided to jump above number five and launch the Huawei Band 6, a large quantifying bracelet whose price is less than 50 euros at the exchange rate.

If we look closely at its design we will see that it is familiar to us, and that is that the Huawei Band 6 is very similar to the Honor Band 6. Next we will review all its specifications, not without first highlighting that the bracelet has been announced in Malaysia, where its price is 219 ringit, about 45 euros at the current exchange rate. Its international availability has not been mentioned, but we will update if it does.

From 45 euros to change 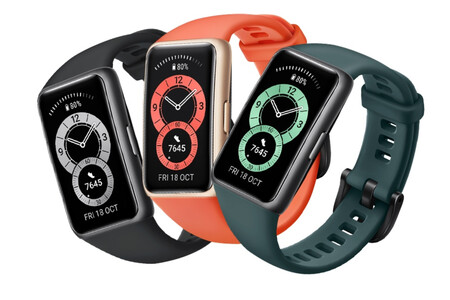 The first thing that catches the attention of the Huawei Band 6 is its size, and it is that Huawei’s new quantifying bracelet has a 148% larger screen than the previous generation and a 42% higher use of the front, now reaching 64% of the front occupied by the screen. It weighs 18 grams without the strap and is 11 millimeters thick.

The display consists of a 1.47-inch AMOLED panel with 194 x 368 pixels resolution, which translates to 282 pixels per inch. On paper, it should be enough to avoid seeing pixels at a safe distance. Obviously, it is tactile and in color and can be personalized with different watchfaces (or our own photos) through the smartphone app. 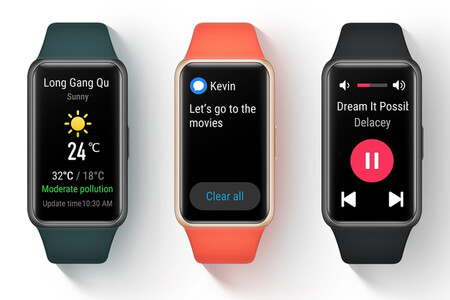 In terms of sensors, the Huawei Band 6 has the technology TruSeen 4.0, that uses an optical lens and artificial intelligence-based data processing to monitor heart rate. It also has an SpO2 sensor which, interestingly, works all day, and not just when we activate it. In this way, we can see how the oxygen level in the blood varies throughout the day and receive notifications.

It is also capable of analyzing sleep (Huawei says more precisely), measuring stress level (and doing breathing and relaxation exercises), and tracking the menstrual cycle. As for sports, the bracelet has 96 sports modes, including some aquatic ones, since the bracelet is water resistant up to 50 meters. 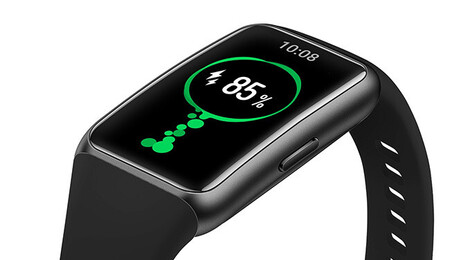 Finally, when it comes to the battery, Huawei has not revealed the amperage of its new device, but simply ensures that it is capable of offer up to two weeks of autonomy with typical use. However, we already know that that number will vary based on our usage patterns.

Versions and price of the Huawei Band 6