The animated series Star Wars: The Bad Batch, has again been the object of criticism from some fans for a character from its last episode aired on Disney + (Spoilers notice)

Star Wars: The Bad Batch episode 5 began with our heroes searching for an old Jedi informant named Cid, who may be in possession of key information about who Fennec Shand is and more importantly, who was the one who has hired their services to take over Omega, the clone girl who accompanies the Clone Force 99 group. But the information is not free and to get it Cid entrusts them with the task of rescuing someone named Muchi, who has been captured by Zygerrian slavers. and has been taken to the Mid Rim planet Ord Mantell, finally the group discovers that Muchi was actually a young Rancor.

The team was successful, although the ending left some viewers horrified when they realized its implications. The final moments saw Clone Force 99 deliver Muchi to Bib Fortuna, Jabba the Hutt’s butler. 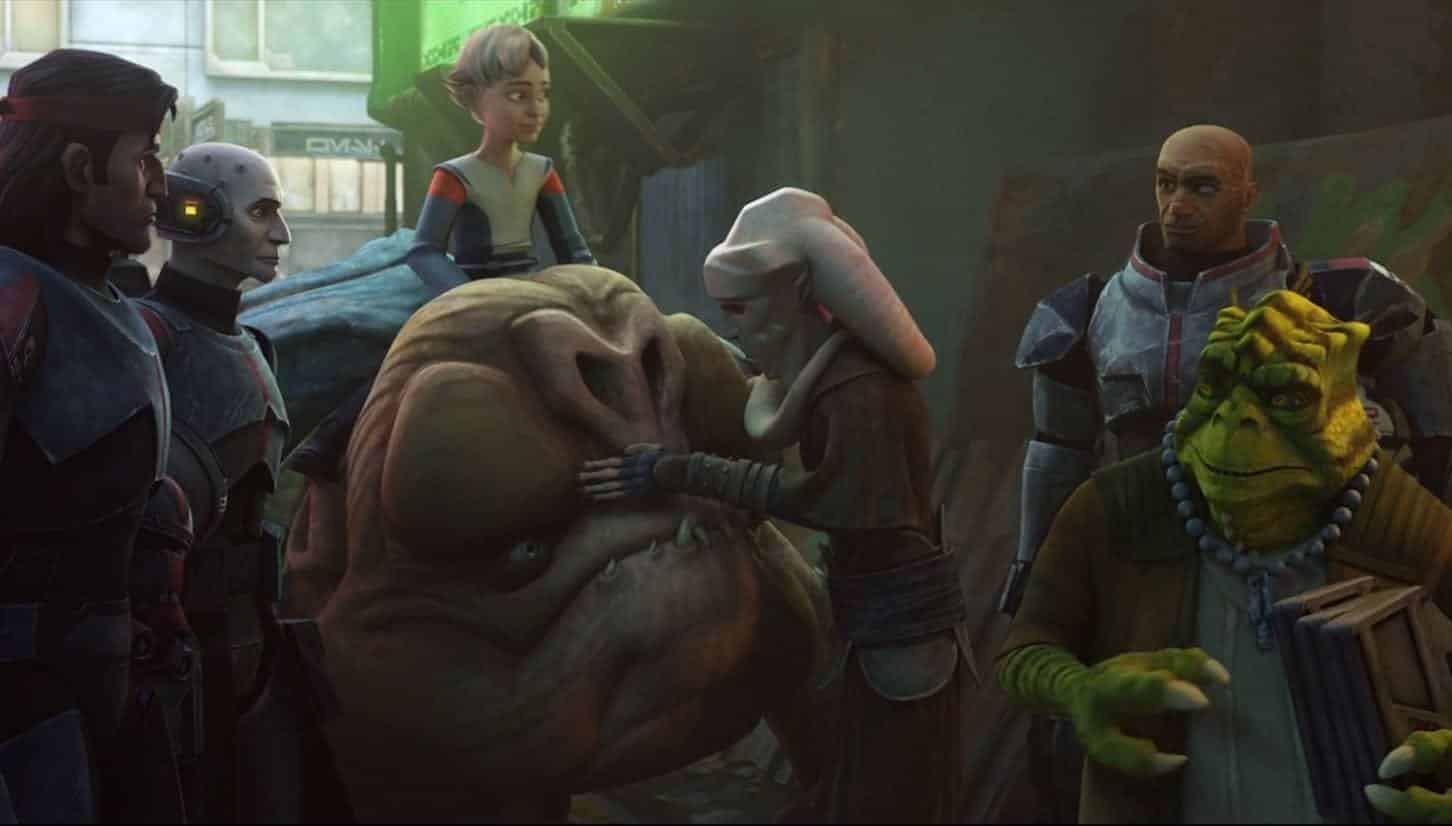 Some fans not very familiar with the mythology of Star Wars immediately concluded that Muchi is the same Rancor that we saw die at the hands of Luke Skywalker in Return of the Jedi, so the reactions on social networks did not take long to arrive due to the fans they believed that Star Wars has now wanted to change the sex of the character and sell an origin story that does not match what was already known about it.

Muchi is not the same rancor from Return of the Jedi

But, it turns out that Muchi and the Return of the Jedi Rancor are two completely different creatures. Since the Rancor that Luke killed in episode VI is called Pateesa and is male, while Muchi is female. According to canon, Bib Fortuna gave Pateesa to Jabba as a birthday present around the time of The Phantom Menace, where he was cared for by the guardian Malakilip and trained to devour those who disliked his master.

Unfortunately, although Luke did not skewer Muchi, it is doubtful that he lived a rich and satisfying life. Animal welfare is not a priority at Jabba’s Palace, so it is possible that he died off-screen before the arrival of Luke, Han, and Leia. Still, there is a slim chance that he escaped Bib Fortuna and either had a happy existence in the arena of Tatooine or was given as a gift to another lord to serve.

You can see The Bad Batch series at disneyplus.com