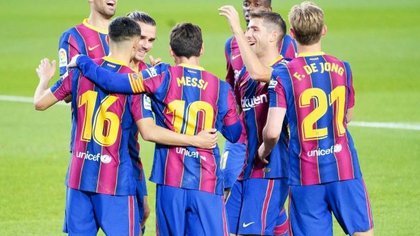 Barcelona continues with its restructuring process

Despite releasing seven players, including Arturo Vidal, Ivan Rakitic and Luis Suárez, during their restructuring process after the debacle against Bayern Munich for the Champions League, the club considers it necessary to continue lightening the squad.

As reported by the Catalan newspaper “Sport”, still Some names remain that don’t count for Ronald Koeman and that they intend to sell so that new signings can arrive in the next transfer period in January.

Those designated are the defenders Junior Firpo and Samuel Umtiti, in addition to the midfielder Matheus fernandes and the forward Martin Braithwaite, whose departure would be essential for the arrival of the Dutch Memphis Depay. In the event that a purchase agreement cannot be reached, Barcelona is also considering a loan with the intention of lightening the wage bill. Those who have the most candidates are the former Betis and the French, who they were close to leaving the institution in the last transfer window.

While the Dominican, nationalized Spanish, could have a future in Italy, with the Inter and Napoli in the sights, the central defender could return to Olympique de Lyon. As the Spanish media detailed, the culé team would not sell for less than 20 million to the side.

In the case of the international with France, his high record (after the renewal of his last contract) complicates his transfer, but a loan is sought both in order to reduce the salary bill and to gain minutes, which he lost after his knee injury. Also, neither counts for Ronald Koeman. 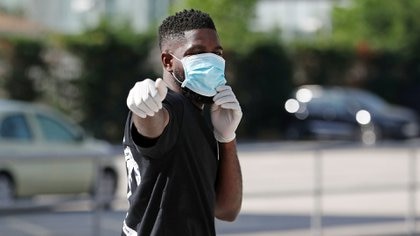 The Danish striker, for whom the Barça club paid 18 million euros for its termination clause to Leganés, is not in the Dutch coach’s plans either. your departure is tied to the possible arrival of Memphis Depay. His destiny seems to be in the Premier League and his departure would be practically imminent.

The last case is that of the Brazilian midfielder Matheus fernandes, who also knows it doesn’t count for Koeman. The intention of Barcelona is to put him back on loan as he did previously.

Finally, these four names would also be joined by the youth Riqui Puig and Carles Aleña, since, as a result of the number of midfielders in the squad, they would not have the necessary minutes.

A former Juventus figure revealed intimacies of the dressing room: “On my first day I found 10 players smoking in the bathroom”

The confession of a world champion: “You meet easy women, boys full of drugs … If I had been less strong, I would be dead”

7 phrases by Luis Suárez: message to Koeman, what he talks about with Messi and what surprised him about Simeone