The Peugeot 2008 is the best-selling car in Spain from January to April 2021. Traffic The seven ‘deadly sins’ of the Spanish driver Report Spain, fourth country in the EU in volume of car taxes

The new car market in Spain continues with its particular crossing of the desert in 2021. In April they were registered 78,659 passenger cars and 4x4s, according to the consultancy Autoinfor.

That supposes a deceptive growth of 1,774% compared to the same period of 2020, which was just the hardest month of the confinement. With all the dealerships closed and without customers even getting close to picking up ready-made orders, just 4,000 new cars were sold with pending operations.

To take the true pulse of the market you have to go back to April 2019. Then, the Spaniards bought 119,427 new cars, so the each regarding that month has been 33.4%. In addition – discounted April 2020 – it is the worst result this month in the last seven years.

However, for those who want to see the bottle half full, there is data that supports it. The result of the month of April 2021 is not, by far, the worst that the market has known in that period. In the past two decades, there have been another four years with lower results.

The reasons for this behavior are already known: restrictions on mobility in many regions; bad economic situation and negative economic outlook; delay in the vaccination schedule; little tourism activity and minimal aid to purchase, if not obstacles in the form of price increases after the entry into force of the WLTP protocol for measuring CO2 emissions.

Thus, the sector does not foresee that the recovery will take place until the second half of the year. In its last forecast in March, revised downwards, the association of builders Anfac estimates that 2021 will end with 925,000 units, 8.5% more than last year, but 26% less than in 2019.

In addition, it is of particular concern that the private clients It is the one that is showing the most weakness in these four months. It is the majority (106,677 vehicles), but its demand only grows by 5.2%. The renters They have half the volume, although they were more active thanks to the opening to foreign tourism this Easter and have bought 53,796 vehicles (+ 19.6%).

Clearly, those who are sustaining the sales are the Business, a channel that grows a third compared to 2020 thanks to the increasing pull of renting operations (almost 63,000), many of them contracted by private clients.

Almost half in Madrid

Although one of the most curious data refers to the provincial distribution: 43% of the cars and SUVs that have been registered in Spain in 2021 were in Madrid. Barcelona follows … with one in 10 cars. And that during electoral periods such as the one that ends tomorrow in the Madrid community, sales are paralyzed while waiting for the result. 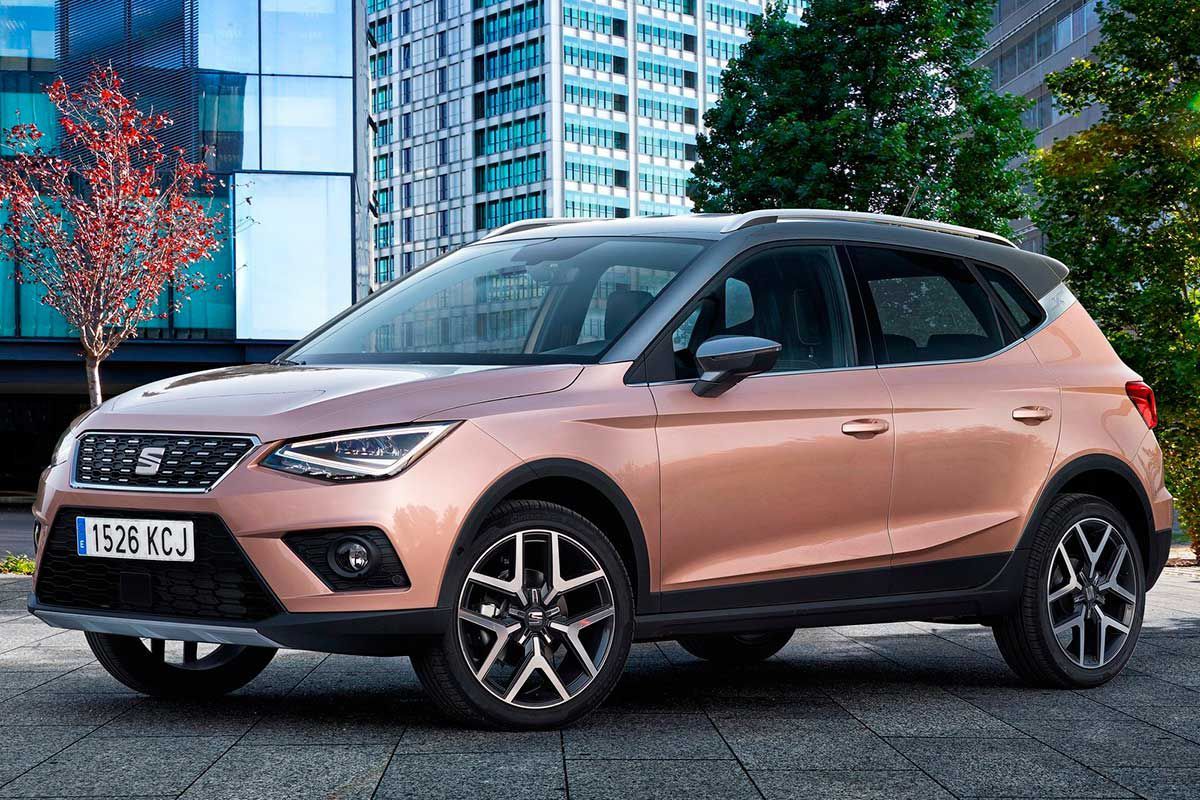 The Seat Arona was the best-selling car in April.

If we look at the electricity sales in the first month with the Moves III there has been no call effect: 1,449 units were sold; which represents 1.8% of the total registrations in April.

Although funds are still available from Moves II, Since last April 10, you can already request the aid of the third edition of this program dedicated exclusively to electrified vehicles. They are the only ones that are subsidized now, once the Renove for all types of cars was canceled at the end of 2020 without having exhausted even 20% of the available funds.

The Moves III has an initial budget of 400 million, with aid of up to 7,000 euros in the 100% battery-powered models and 5,000 in plug-in hybrids‘. Besides, the charging posts will have up to 70% help on their cost. However, the sector has complained about how complicated its application is – each CCAA manages it on its own – which makes it almost impossible to access the aid.

The criticism arose in the ‘II Observatory of Sustainable Mobility in Spain’ organized by Grant Thornton, Fundacin Ibercaja and Mobility City, and also It was requested that VAT be eliminated on the purchase of 100% electric cars. In addition, brands such as Volvo believe that if you want to encourage the electrification of the market, there should be no caps based on the price of the vehicle.