They create electronic skin that reacts to pain 1:02

(CNN) – Pain may not be desirable, but it is essential for survival. An effective and sophisticated defense mechanism, pain is our body’s way of telling us that something is wrong and that we must take immediate action to avoid injury.

The skin, the largest organ in the body, is constantly monitoring pain. It can trigger actions to avoid pain automatically through reflexes, for example when we touch something dangerously hot.

Now, researchers at RMIT University in Melbourne, Australia, have created an artificial skin that mimics this mechanism and reacts to pain stimuli.

Made of silicone rubber, it has the texture of real skin and is also “very similar to skin in its mechanical properties,” says Madhu Bhaskaran, professor of engineering at RMIT University and principal investigator on the project.

It could lead to revolutionary innovations in prosthetics and robotics. 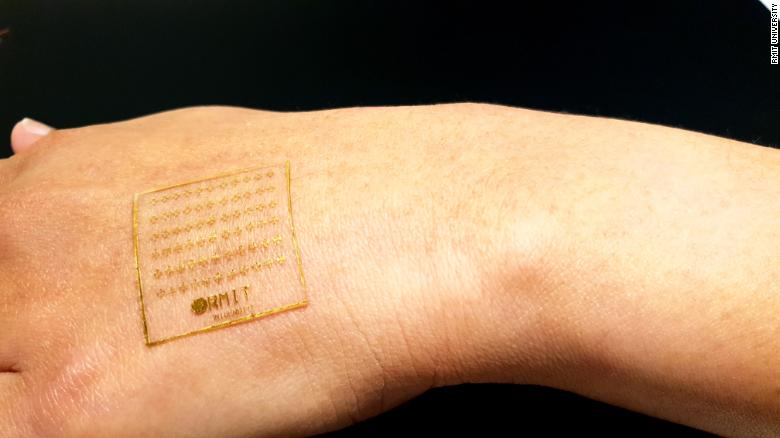 Made of silicone rubber, which is also used in some types of contact lenses.

Like real skin, the artificial version is designed to react when pressure, heat or cold exceed the pain threshold. Its outer layers intersperse electronic circuits packed with sensors that respond to stimuli.

“The fascinating thing about our body is that it works by sending electrical signals to a central nervous system,” says Bhaskaran. Electronic circuits work in a similar way and are just as fast, he explains.

When we touch something burning, pain receptors in our skin send an electrical signal through our nerves to the brain. The brain sends its own electrical signal to initiate a response; for example, a withdrawal reflex to move the affected limb away from heat.

In the same way, when one of the sensors in the artificial skin detects a pain stimulus, it sends an electrical signal to parts of the structure that mimic the brain, says Bhaskaran. This can be programmed to trigger a movement.

“The key here is the thresholds,” says Bhaskaran. He explains that although we feel stimuli constantly, we only react when the stimulus exceeds a threshold, “like touching something very hot.” The brain and skin compare stimuli and identify which ones are dangerous, he says. By creating the artificial skin, the scientists set those thresholds for electronics that mimic the brain.

The result is artificial fur that can tell the difference between the gentle touch of a pin or a painful stab.

SIGHT: A baby is born from an embryo that was frozen in 1992 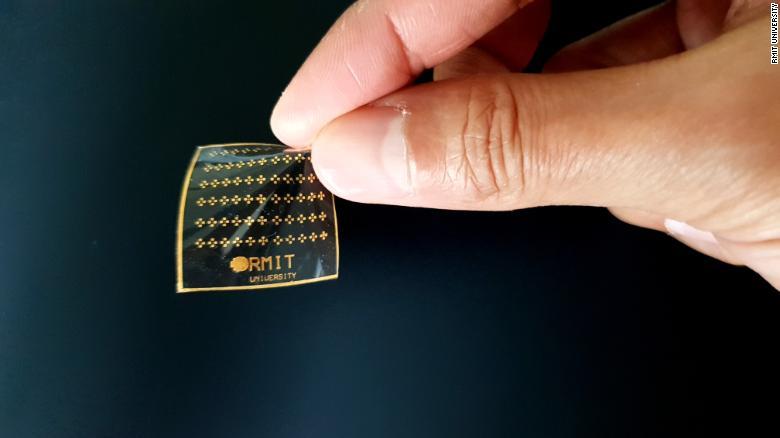 Artificial skin could help create smart prosthetics covered with functional skin that reacts to pain like human limbs, allowing the user to know if they are touching something that could cause harm.

“We’ve come a long way with prosthetics, but the focus has been largely on the motor actions that prosthetics can perform,” says Bhaskaran. Because conventional artificial limbs are skinless, they do not detect external hazards. “Having a fur-like layer would make it much more realistic,” he says.

Steve Collins, an expert in prosthetics and exoskeletons at Stanford University in the USA, who is not involved in the project, agrees: “When a person loses part of their limb due to amputation, they lose not only bone and muscle, but also somatosensory organs, ”he says, referring to organs that provide sensations such as heat or pressure.

While structure and movement have received a lot of attention in prosthetic design, detection may be the key to obtaining human-like performance with artificial limbs, he says. 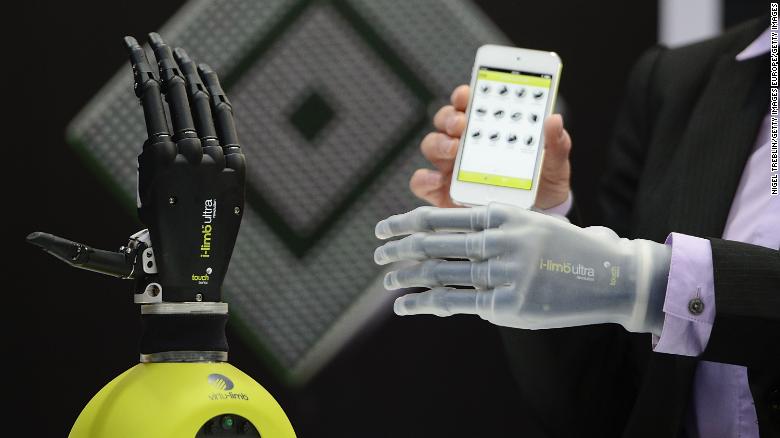 The I-Limb, designed in Britain by Touch Bionic, was the first bionic hand available when it was launched in 2007. It offers advanced mobility but cannot detect danger.

Peter Kyberd, a professor of engineering at the University of Portsmouth who created the world’s first microprocessor-controlled prosthetics in 1998, says he finds the work interesting: no improvement in function result in daily use, “he says.

A big part of the problem is that “the type and quality of the feedback signals are very poor,” he says. And he adds that there is a long way to go before skin can be used routinely in prosthetics.

Potential for other applications

Artificial skin also has the potential to be used for skin grafts, says Bhaskaran. The artificial graft could be a temporary measure that will eventually be replaced by real skin, or it could be applied as a permanent graft when the use of real skin is not feasible. The skin could also be used to create smart surgical gloves, replacing the sensitivity usually lost when wearing hand covers.

The most advanced of all applications is robotics, where pain-sensitive artificial skin would not only provide realistic functionality, but would also imbue a potential humanoid robot with the ability to feel pain, an intriguing step not only technologically, but also philosophically.

Bhaskaran says the idea has potential but is focusing on more immediate goals: “For now, we need to work closely with biomedical researchers to see how we can take this to the next step. The goal is to make it much more realistic and integrate it into real life applications.