It’s been a minute since the second season of Sex Education dropped on Netflix, but the internet is already gearing up to demand more episodes ASAP. Twitter literally would risk it all for these British teens. In short: This show makes us laugh, cry, and then gives us horrific flashbacks to our days discussing sex ed in health class. It’s great.

Here’s a quick recap for those who can’t quite remember where the show left off. Season 2 sends the students of Moordale into a tailspin when a chlamydia scare leads to Jean (aka Otis’s overprotective mom) storming through the halls (for future reference: never mix moms and sex ed class!). While there are new romances blossoming and failing — because what is high school without a doomed relationship — the show is still all about sex education. There’s even a #MeToo storyline laced throughout, highlighting the true effects of sexual assault / harassment, which unfortunately happens far more often than it should. Now that you’re all caught up, here’s a sneak peek at what to expect for the future of Sex Education.

You bet it is! Thanks to a certain tweet Netflix dropped in February 2020 (essentially three years ago, TBH), fans are thrilled knowing their favorite British series is coming back for more episodes. Thanks, Principal Groff, for breaking the news!

When will season 3 air?

I suggest you grab your calendars, because you’re going to want to know this news. According to the powers that be at Netflix, season 3 will make its grand debut on September 17! And honestly, thank goodness, because we were just wondering whatever happened to this gem of a show.

Oh, and to make the best news of the day even more sweeter (or sexier, given the nature of what we’re talking about), let us grant you with some first-look photos to boot. And if you’re anything like us … well, you’re definitely going to crave more from this delight of a cast. 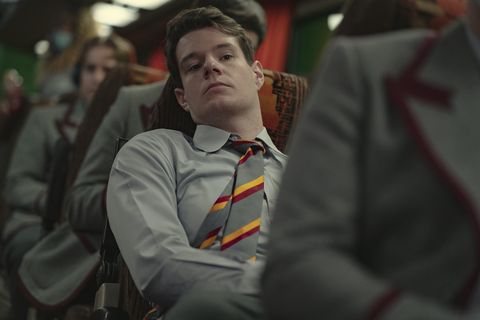 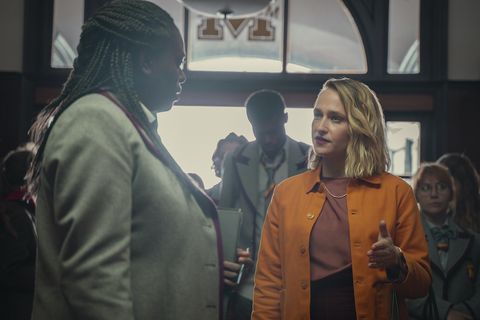 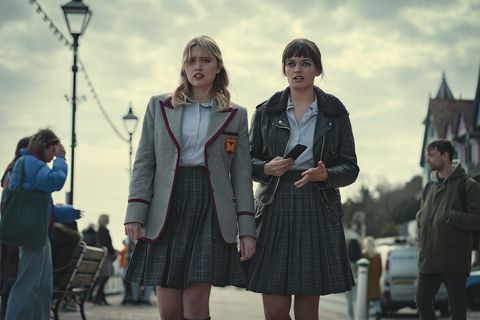 Who’s coming back for season 3?

Funny that you’re asking this. Barring any disaster, fans can expect Asa Butterfield, Gillian Anderson, Ncuti Gatwa, and Emma Mackey to make a grand return. And we can’t forget the supporting cast, because let’s be honest, sometimes you’re way more interested in what’s going on with Adam, Lily, Ola, Jackson and Aimee than the newest installment of the Otis and Maeve rom-com.

Based on what happened to Jean in the season 2 finale, it’s likely that Mikael Persbrandt will be back as Jakob in season 3. It’s unclear whether we’ll see Maeve’s mother (Anne-Marie Duff) after Maeve did that in the finale. However, hopefully this isn’t the last we’ve seen of Maeve’s cute neighbor Isaac, played by George Robinson.

Is there a trailer yet?

Hate to break this to you, but nope! You’ll just have to rewatch that video of Principal Groff to keep yourself busy for now.

Do we know literally anything else?

Well, the Sex Education cast did have a busy 2020 that can take your mind off this brutal wait for the third season. You can see Gillian play the decidedly unsexy Margaret Thatcher in The Crown season 4. Emma, ​​on the other hand, will be interrogated by Kenneth Branagh in Death on the Nile.

Other than that, we’re going to have to be patient while we await the drop of season 3 … and maybe convince more people to get with the program and watch the first two seasons of Sex Education while we do.

Want more tea on the latest Netflix shows? Yeah We know you do. You can find all of our TV coverage here.