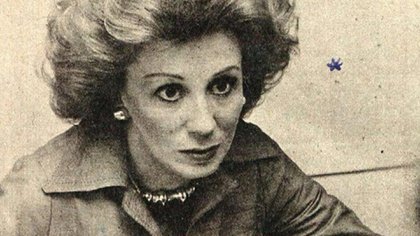 Nelly Francisca Aldunate de Fernández Unsain -popularly known as Nelly raymond– He died on Wednesday night in the Spanish Hospital at the age of 88. The journalist had been hospitalized last weekend for a dehydration that complicated other health problems that dragged on.

The sad news was confirmed by his great-niece, Lucía Ugarte, through her Twitter account. “Rest in peace Auntie. Thank you for infecting me with your strength, glamor, for inspiring me, for making me a beauty queen “wrote the young woman who also stands out as a television host. And he added an emotional anecdote with the journalist and presenter. “I will never forget the New Year that we spent alone in your apartment on July 9 providing champagne Toasting and laughing at life”.

“We didn’t take many photos of each other because you were fed up with the paparazzi, but every so often you let me steal one from you”, added the host on her Instagram account paying tribute to her aunt.

The Pretty Girls for America host also shared a series of photos of Nelly Raymond throughout her long media career. One of them corresponds to a campaign to launch The bell jar, then Channel 13. It was in February 1969. The production company posed with the conductors Héctor Larrea, Leonardo Simmons, Fernando Bravo, Norberto Longo and Julio Lagos.

“To remember is to go through the heart again”The journalist Julio Lagos wrote a month ago on his Twitter account about that black and white image. 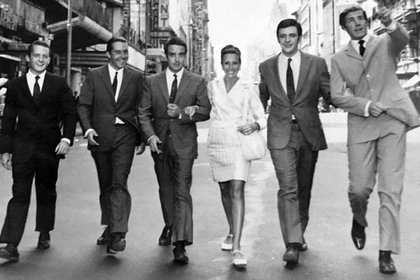 The launch of “The Glass Bell”, by El Trece

Born on April 3, 1932, Nelly Raymond has an extensive career as a journalist, host, broadcaster, producer, television director, dancer and actress. She was in a relationship with Juan Andres Fernandez Unsain, with whom she had her only son, Ramiro Fernandez Unsain, who currently lives in São Paulo. Later she married Juan Collini.

One of his first works in the artistic world was the film The street next to the moon, in 1951, which was followed by The Last Squad and The Dead is a Living. He made his debut on the small screen in 1956 with the cycle Pass each thing! with Tincho Zabala, Roberto Sonntag and Pepe Soriano and that same year, with the company of Astor Piazzolla, he made El tango, señor de la ciudad.

At the end of the sixties he was one of the faces of the program Panorama Hogareño, with which he won a Martín Fierro. One of his last jobs was in 1975 with Héctor Larrea, it was the Happy Honeymoon contest for mom and dad.

On more than one occasion, she was in charge of translating the Oscar Awards ceremony for Argentine television.