Starlink set out with the promise of power offer high-speed Internet connections anywhere in the world thanks to a satellite connection. He’s about to do it. They have already launched more than 1,800 satellites and as soon as they are all in their operational orbit, the global connection would be possible.

According to ., the president of SpaceX, Gwynne Shotwell, has revealed in a web conference that the service will be able to offer continuous global coverage once all 1,800 satellites reach their operational orbit. If the plans go as estimated, it could happen around September of this year. What SpaceX needs is for them to be in operational orbit and cover the entire planet.

Global, but when authorities allow it

Just because SpaceX gets global coverage with Starlink does not mean that we will have Starlink around the world. In space SpaceX may have placed thousands of satellites, but here on the surface it is under the laws of each and every one of the countries where you want to operate. In other words, Starlink, although it will have global coverage, will only be available in those places where local authorities allow it. 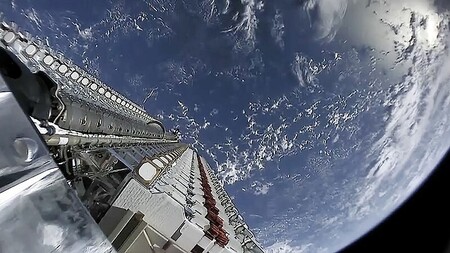 At the moment Starlink operates in the United States, Canada and the United Kingdom. There is also beta in Spain. Other countries where SpaceX has registered the brand to operate include Austria, Australia, Argentina, Brazil, France, Chile, Colombia, Germany, Greece, Ireland, Italy, Mexico, the Netherlands, New Zealand, the Philippines and South Africa.

In addition to the countries mentioned, Starlink is also expected to be offered for example on airplanes, where there is obviously no fiber optic or 4G / 5G coverage. Actually, on any vehicle or mobile platform. SpaceX has also made agreements with other companies, such as Google and Microsoft.