The least known of the galleries of the Cueva Mayor in the Sierra de Atapuerca is the so-called Statues Gallery. The name comes from large stalagmites that were formed there drop by drop more than a million years ago. These limestone formations were attributed the ability to ‘speak’ and appear in ancient chronicles making prophecies. In the “Description of the cave called Atapuerca” by the engineers Sampayo and Zuaznávar (1868) engravings of the “statues” can be seen.

This gallery communicated with the outside in the time of the neanderthals, but then the mouth was filled and the cavity was isolated, so that when the H. sapiens arrived at Atapuerca they could no longer enter and see the old columns. This place is now accessed through the interior of the Cueva Mayor.

This gallery communicated with the outside in the time of the Neanderthals, but then the mouth was filled and the cavity was isolated, so that when the H. sapiens arrived in Atapuerca they could no longer enter and see the old columns

Finally, over the place where the Neanderthals had lived, a stalagmitic soil formed, that is, a thick plate of calcite, which sealed the site forever.

In the excavations, led by Juan Luis Arsuaga, Scientific Director of the Museum of Human Evolution (MEH), which have been held since 2008 in the Statues Gallery have recovered remains of animals consumed by Neanderthals and their lithic tools, as well as an indisputably Neanderthal standing phalanx.

Due to their total isolation, the sediments from the site of the Statues Gallery have kept their humidity and temperature conditions constant and have not suffered any alteration by natural agents or by modern human interventions, which makes Statues the perfect site to excavate.

Meet the cave dwellers without having human fossils

The Atapuerca team maintains a years of collaboration with Matthias meyer, senior researcher in the evolutionary genetics group at the Max Planck Institute for Evolutionary Anthropology who directs Svante Pääbo (Princess of Asturias Award) in Leipzig. This long-standing collaboration has produced spectacular results at the La Chasm of the bones, which is also located in the Cueva Mayor. The Mitochondrial DNA and human nuclear DNA Older ones have been recovered in the Sima de los Huesos from fossils.

Nuclear DNA is that of chromosomes. It is only found in the cell nucleus and is much longer: 3.2 billion base pairs. Mitochondrial DNA is transmitted only through the maternal route, while nuclear DNA is transmitted through the paternal and maternal routes. These reasons make nuclear DNA much more informative than mitochondrial, but at the same time vastly more difficult (and expensive) to sequence.

Recently, the team led by Meyer has explored the possibility of obtaining DNA directly from sediments, without the need to sample human bones, which are missing from most sites. In a previous article it was shown that it was possible to recover mitochondrial DNA from sediments, but it was still to be achieved with nuclear DNA.

Temperature is a major factor in the preservation of the DNA molecule: the higher the temperature, the greater the degradation of the molecule. Therefore, the further north the site is, the better the conservation. Siberia It is the ideal place to recover ancient DNA but, due to its special characteristics, the Gallery of Statues offered a unique opportunity to obtain DNA from sediment in a region located in temperate latitudes.

This publication opens wide the door to future research, since human fossils are not needed to identify the inhabitants of a prehistoric cave.

In the article published in Science, led by Benjamin Vernot, from Matthias Meyer’s team, reports that mitochondrial DNA and nuclear DNA were obtained in two sites in the Altai Mountains in Siberia (Denisova and Chagyrscaya caves), and also in the Gallery of Statues of the Major Cave. This publication opens wide the door to future research, since human fossils are not necessary to identify the inhabitants of a prehistoric cave.

This will depend on whether the conservation conditions are as good as those of the Gallery of Statues and provided that the excavation is done extremely carefully so that these conditions are not altered. Statues have been excavated all these years thinking about this possibility, so it has been renounced to unblock the entrance of the Gallery and communicate it with the outside.

Is excavation strategyAccessing the site by taking a long journey inside the cave has made the task more complicated, but the Science article shows that it has been worth the effort. Since 2020, the part of the site that was on the other side of the entrance “plug” has also been excavated, in what is now the mountainside.

José Mª Bermúdez de Castro, Adrian Pablos Y Nohemi Sala, of the National Center for Research on Human Evolution (CENIEH) are also part of the Spanish research group that has participated in this work. 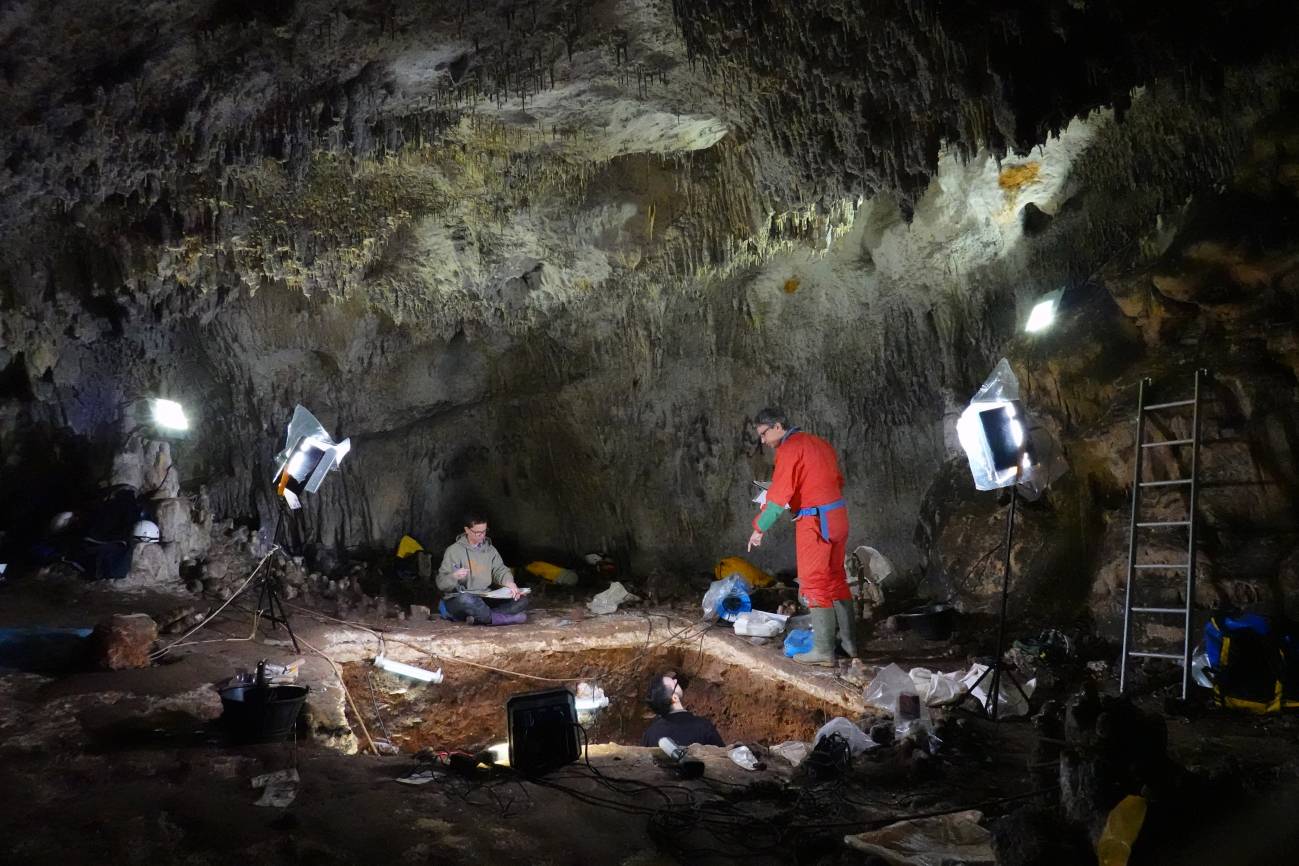 What does the DNA of the Neanderthals in the Gallery of Statues tell us?

To begin with, both nuclear DNA and mitochondrial DNA from various individuals have been recovered from sediments. The oldest individual’s DNA belonged to a Neanderthal male of ancient roots. It is dated at approximately 110,000 years, but his lineage originated earlier, about 130,000 years.

The date that has been calculated for that radiation –Set of lines that separate from a common ancestor– coincides with the beginning of the last warm period between two glaciations. Radiation and climate improvement may have something to do with it, because great environmental changes produce great ecological changes, which affect the evolution of many species.

A few thousand years later we find genetically different Neanderthals in the Gallery of Statues, belonging to a second radiation

A few thousand years later we find ourselves in the Gallery of Statues about genetically different Neanderthals, belonging to a second radiation. Of these new Neanderthals that they replaced to the ancients the DNA of at least four women has been identified along the stratigraphic sequence. The most modern date back to about 80,000 years. The climate has changed by then, because the last glacial cycle has already started. Again the relationship between climate and human evolution is very suggestive.

The Neanderthals of the last ice age are informally known as “classics.” They are the most studied and those with the most exaggerated features. There is also a characteristic of the “classic” Neanderthals that is very important: they had the brains biggest in all human evolution, bigger even than ours.