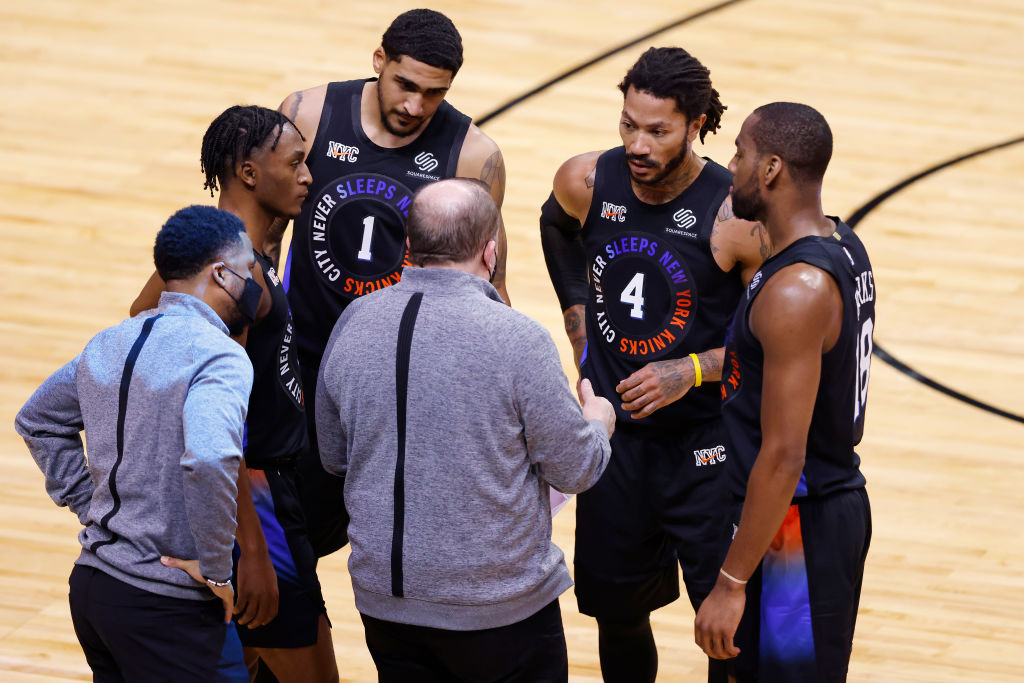 The New York Knicks play again this coming morning from 01:00 Spanish hours. The whole of the Big Apple is resting for forced reasons, since the previous clash against San Antonio Spurs has been postponed after confirming four positive cases of COVID-19 in Texans.

And this next night is no ordinary game. This is Tom Thibodeau’s reunion against his former team Minnesota Timberwolves, where he was at the helm of his bench between 2016 and 2019 with a 97-107 record and a single presence in the 2018 playoffs, where they were swept in the first round by Houston Rockets (1-4).

“There are very good people there. I really enjoyed my time in Minnesota. It was a good experience. I was proud of what we were able to achieve, but it was time to move on, “the coach told the NY Post.

“In my second year we finished with the second best record. He was very proud of that achievement. Obviously there were things we needed to improve. But that second year we were very good. And the third year I even think we had good chances despite the Jimmy Butler trade. That team was playing very well, “he added.

Many distrusted Thibodeau’s work at the head of the rebuilding New York Knicks; however, his first steps could be described as remarkable, placing his team among the best defenders in the competition with the fewest points conceded per crash (103.7); and in shooting percentages allowed to the rival (43.1%) and percentage of triples allowed (32%).

For its part, Ryan Saunders’ Timberwolves are in low hours and is the worst team of the year 2021 with the Orlando Magic. In addition to the numerous physical problems and absences due to COVID-19, such as their star Karl Anthony-Towns, they are last in the West with 7-23, they have lost in three consecutive days and have only added two victories in the last ten meetings.

However, it is not all bad news in Minneapolis, as we are starring in the explosion of the number 1 of the 2020 Draft since he starts as a starter. His figures have risen in the last 10 games to 15.8 points, 5 rebounds and 3.6 assists in 33.2 minutes, although he still has to improve his percentages: 38.6% in field goals and a weak 25% in triples.

“His athleticism is special,” Thibs noted of the rookie. “They are a very talented team. They have been through a lot and through injuries. It was a shame for them. That team can put a lot of points on the board. They have many pieces, “he explained.

The Knicks come from starring in their worst game of the season against the Orlando Magic. Not just because of the result, but because of the team’s sensations, which were totally overcome between the third and last period.

“He wants to win because he lost the last game,” Derrick Rose said of Thibs. “If we had won the last game, I think training sessions would have been calmer. Because we lost, and he’s with it. He’s getting the boys ready. I don’t think we can play worse than against Orlando. And that’s good ”, he concluded.

The veteran point guard, who will also face his former teammates, has come to the Knicks in force, positioning himself as the main replacement man alongside rookie Immanuel Quickley. In five games with the Knickerbockers, he has averaged 11.2 points, 2.8 rebounds and 3.4 assists in 20.6 minutes.