HOME • GR (Greek) • News • Thessaloniki: A radiator exploded on an OASTH bus – A 60-year-old woman in the hospital (video) 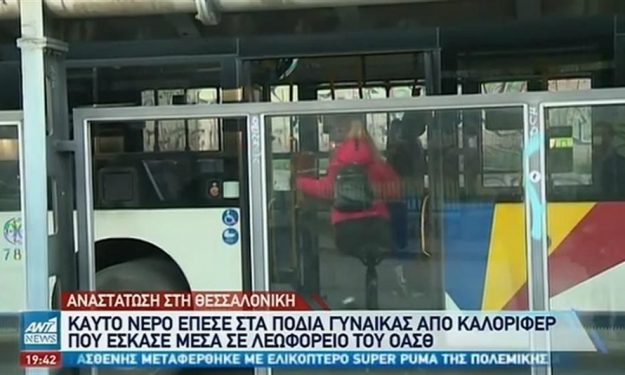 Incredible incident in Thessaloniki, with an OASTH bus radiator bursting and causing burns to a 60-year-old passenger.

An unprecedented incident on Wednesday morning (17/2) in Thessaloniki, with a 60-year-old woman being treated at the hospital with burns, which were caused by a bus radiator!

Specifically, in the bus of line 14 that was on Gr. Lambraki street, according to thestival, a collar from the radiator of the vehicle burst, with hot water that had to fall at the feet of a 60-year-old woman who was next, resulting in suffering Burns.

The route was stopped, the police were called and the unfortunate woman was taken to the hospital, while the incident is being investigated by the Toumpa – Triandria Police Department. At the same time, an expert opinion has been ordered to determine the cause of the explosion.