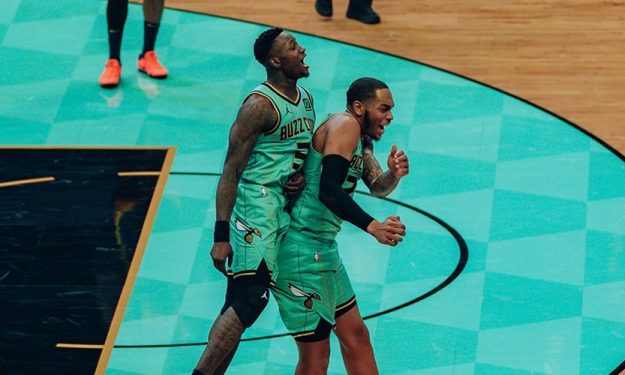 The Hornets’ guest was the Warriors.

In the NBA match that pitted Charlotte Hornets against the Golden State Warriors, the Hornets won with Terry Rozier’s last-second basket. Encounter 102-100‘Completed with the score.

With this result, the Hornets won their 14th game in their 29th game, and the Warriors won their 15th in their 31st game.

Terry Rozier, who played 36 points with 8 three-pointers in 11 and 3 rebounds – 4 assists, was the undisputed star of the game, while PJ Washington’s 15 points – 5 rebounds and Gordon Hayward’s 13 points – 7 rebounds accompanied him. Miles Bridges scored 10 points while LaMelo Ball had 7 points – 7 rebounds.

In Golden State Warriors, where Stephen Curry was removed from the squad at the last minute, Kelly Oubre Jr. He played with 25 points – 6 rebounds – 2 steals. Andrew Wiggins scored 19 points, Eric Paschall 16 and Brad Wanamaker – Damion Lee scored 14 points each, but they could not prevent defeat.

With the Warriors leading by 2 points, Draymond Green was disqualified for his violent protests to the referees, with 9 seconds remaining to the end.