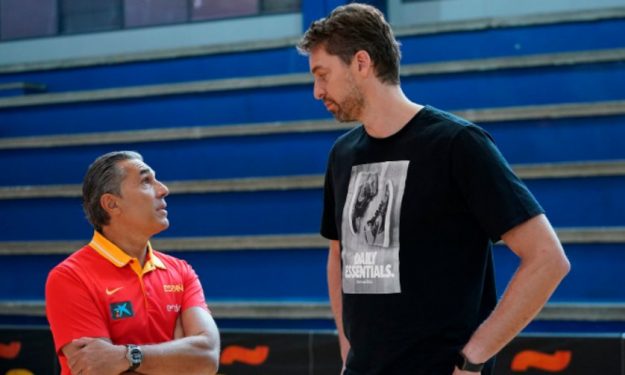 After his signing for Barça, Pau Gasol sets himself a goal: the Tokyo Olympics.

The national coach, Sergio Scariolo, said Pau Gasol you will need time playing competitive basketball to be fully ready to participate in the Olympic Games of 2021.

“Obviously, being in Tokyo involves playing a few months of competition in a team,” Scariolo said in an interview with AS after the end of the qualification phase for EuroBasket 2022. Spain closed the February window with two victories against Poland and Israel to finish the stage with a 4-2 qualifying record in Group A.

The signing of Pau by Barça is now official, and he will return to European basketball wearing Barça after 20 years. Scariolo hopes to see the two-time NBA champion, who hasn’t played a game in nearly two years, back in action.

“I hope we can see you soon and I repeat, continuously, at a good level. I’m not talking about Pau from 2015, obviously. People must understand that you have to be patient and support the efforts that Pau is making and see what he can achieve. Hopefully, a good level in this final part of the season ”.