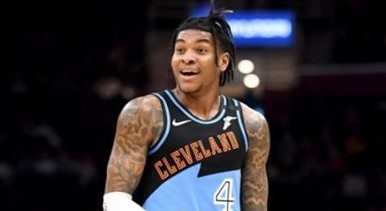 Details of the chaos Kevin Porter Jr. created in the Cleveland Cavaliers locker room have been revealed …

Kevin Porter Jr. made the headlines in NBA news recently, but that’s not for good reasons. The Cleveland Cavaliers’ young player had not played in any game this year and played for the first time last Friday.

Porter Jr. The beginning of the end came with this match. Following the discussion in the locker room after the match, it was revealed that the Cavaliers were considering releasing and trading the young player.

According to USA Today’s report, Porter caused a scene after learning that his locker in his locker room was changed to take Taurean Prince’s locker after the match. Porter, who started yelling in the locker room and throwing food around, also had an argument with Cavs general manager Koby Altman.

Porter Jr.’s shouting, “This is modern slavery,” targeting the Cavs administration, caused things to flare up. It was stated that Porter, along with Altman, shouted at the team and league management for being angry.

After this discussion, it was stated that Porter was banned from entering the Cleveland Clinic Courts facilities and the Cavaliers were looking for a team where they could exchange the young player.

Since Porter’s short career, he came up with many events off the pitch. The player, who first alarmed everyone in October with a social media post with the implication of committing suicide, was arrested for being caught driving with a loaded gun one month later. It is also a matter of discussion which team will want to trade after Porter’s problems.