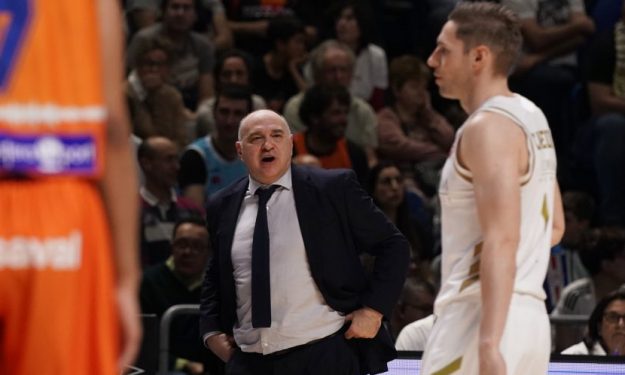 Real Madrid for one more year is one of the favorites of the Euroleague, but against teams in its country it has not yet managed to “taste” the joy of victory.

His team Pablo Lasso may have lost during the year the extraordinary Facudo Cabasso who was its main creator and one of the top in Europe, but thanks to its full roster and its “tied” torso remains in its top positions Euroleague occasionally playing great basketball, but with one unique exception.

THE Real Madrid after the defeat by Valencia away with 89-78 on Friday night (19/2) has record 15-10 and is in the top four of the standings, but against Spanish teams, ie the “civilians” he gives to the organization ignores the victory counting five defeats in an equal number of games!

To be precise, the “Queen” in this year’s Euroleague has been defeated inside – outside the Basconia by Dusko Ivanovic (76-63, 64-84), also suffered two equal defeats by Valencia (77-93, 89-78), while it has been defeated once by Barcelona of Saronas Yassikevitsios and Nick Kalathis in the “Palau Blaugrana” with 79-72.

In fact, if Real Madrid loses the clasico from the “blaugrana” at its headquarters on March 11th will complete the regular season with 0/6 against Spanish teams something that has never happened before in the Euroleague…

See highlights from the specific defeats of Real: