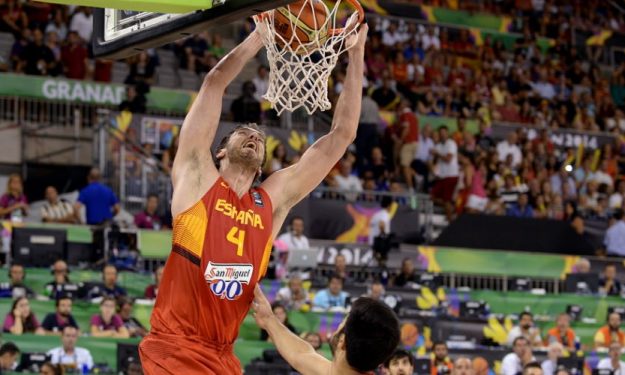 Following the multiple reports regarding Pau Gasol returning to FC Barcelona, the veteran forward/center himself clarified his current status via Twitter. He mentioned that he remains focused on his recovery from his left foot surgery.

“After hearing the news out of Spain today, I wanted to share that I remain focused on my recovery and I am not ready to get back to competing just yet. As soon as I have something to announce, I will do so via my social media channels. Thank you very much for your support!” he wrote.

Gasol, 40, hopes to be ready for the Olympic Games planned to be held this summer in Tokyo. He will be looking to recover and get in shape aiming to earn a spot in Sergio Scariolo’s squad. As noted in his message, he will further update his status when he deems it necessary.

He did not confirm nor deny the reports surfacing on Saturday. If he eventually opts to return to Barcelona, he is expected to play for the minimum salary set by the collective agreement in Spain, much lower than his NBA contracts.

The experienced bigman spent the last two decades on the other side of the Atlantic but jumped out of Barca back in 1998 before being selected with the 3rd pick of the 2001 NBA draft. Twenty years after his departure, he may be on his way back to the team based in Catalonia.