His team George Vovoras reacted after the image he presented against Basconia & Valencia and had no problem doing so 3/3 in the Basket League winning in OAKA very comfortably with 90-67 the Colossus of Rhodes and is now preparing for the “battle” with Bayern Munich (27/11).

Now the Panathinaikos remains undefeated with record 3-0, while on the contrary the Colossus is in the last places with 4 defeats and only 1 victory.

With Nedovic “embrace” with the victory early the greens

Panathinaikos started the match exceptionally despite just 2 assists thanks to his defense preceded me early on 17-4 (at 7 ′) and the Colossus to have 3 errors and 2/10 shots, while the first period ended with 23-12.

Comfortable lead until the end for Panathinaikos

The second half of the match in OAKA started with Panathinaikos slowing down and Kolossos remaining competitive but back in the score with 54-41 (at 24 ′). The Rodites playing excellent defense and slowing down reduced to 56-47 (at 28 ′) and the third period ended with the difference going up again at 15 (65-50).

Judged: In the second ten minutes where Panathinaikos, already in front with 23-12, made a partial score of 18-10 and increased the difference to 19 (41-22) “locking” the victory.

Key player: Nedovic was again very good with 19 points (6/10 shots) and 3 rebounds, while Papapetrou still stood out with 10 points, 8 rebounds and 2 assists and Bentil with 12 points and 3 rebounds. Kalaitzakis also had 7 points, 3 assists, 2 steals and 1 rebound. 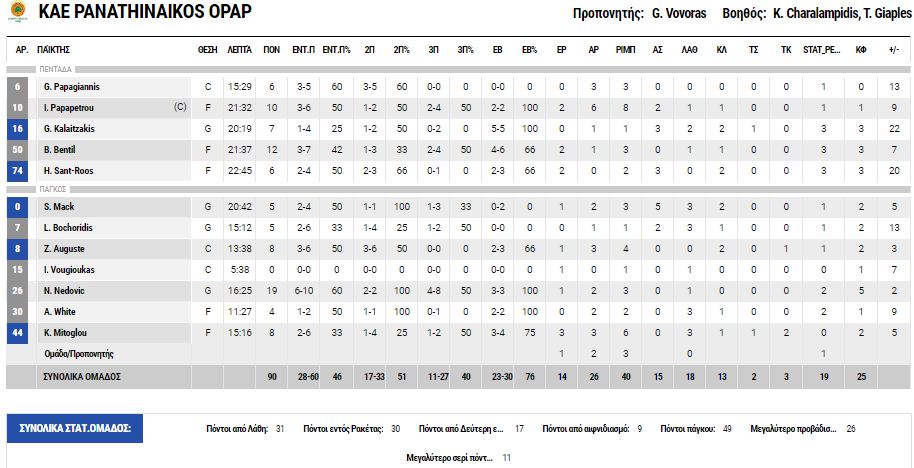 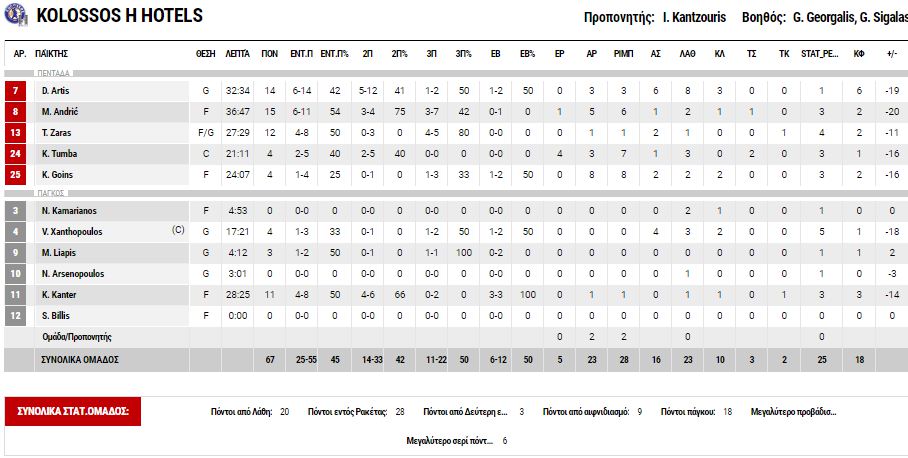