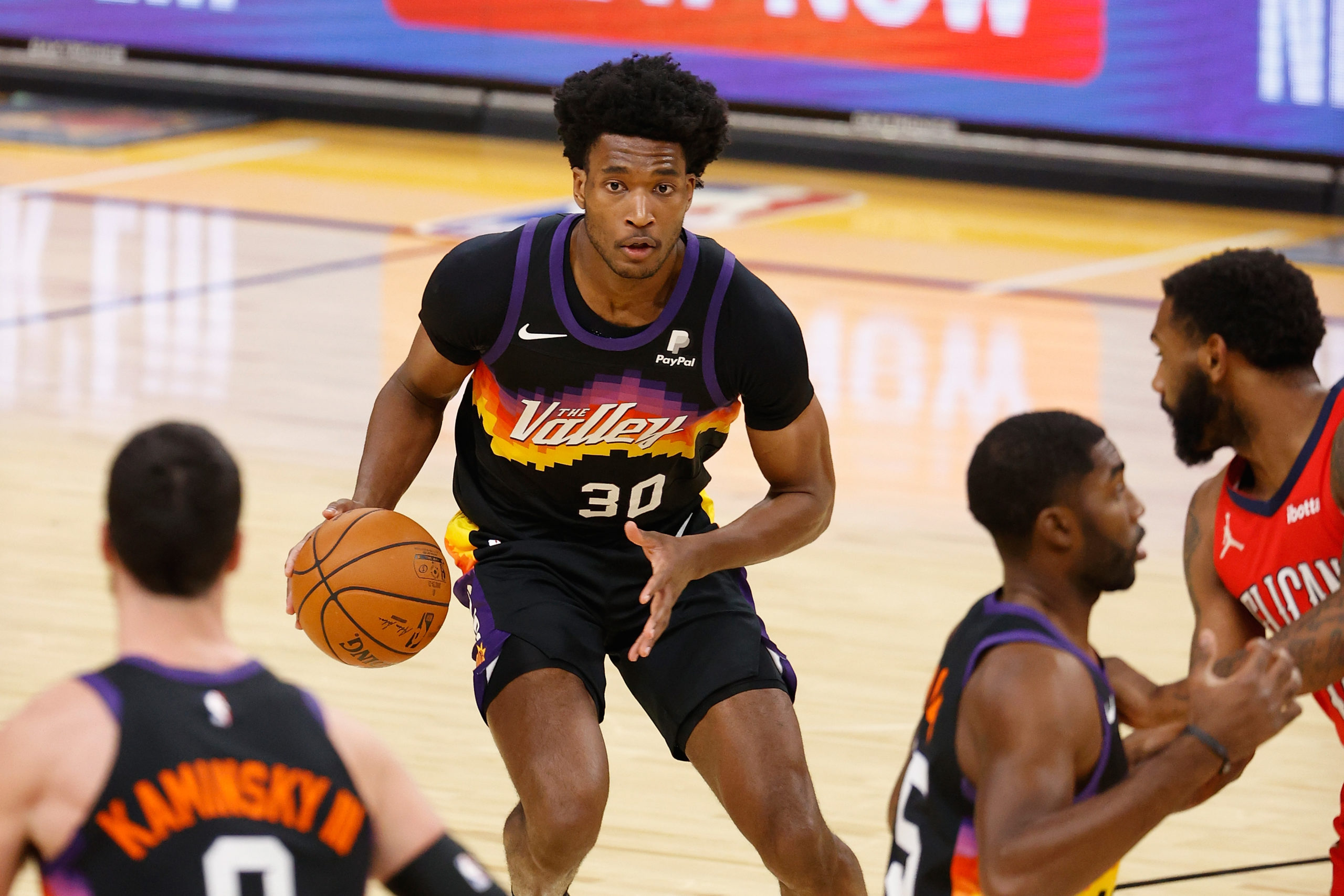 As reported this Tuesday afternoon by Shams Charania from ., and after confirmed by the team itself, the Phoenix Suns have resigned Damian Jones. The center selected by the Warriors with the 30th pick in the 2016 draft, he was signed by the Arizona franchise to a two-year unsecured contract last season.

The fifth-year NBA player was brought in as an option to give depth under the rim behind DeAndre Ayton and Dario Saric. Jones impressed in the preseason with his mobility on both ends of the court. So with Saric injured at the beginning of the year, he had the opportunity to make his contribution as a backup for Ayton.

However, with the passing of the minutes available to him, he proved inconsistent and struggled to avoid foul problems. This was something that also affected him in his steps for the Golden State Warriors and the Atlanta Hawks.

With Frank Kaminsky’s arrival in Phoenix, he quickly got ahead of Jones in the rotation, and from there the former Warriors barely played the rest of the year. In 14 games played this season, Jones has averaged 1.6 points and 1.3 rebounds per game in just 94 total minutes.

The move gives the Suns an open spot on the roster. With a 20-10 record and sporting a good game in the tough Western Conference, Arizona’s certainly put themselves in a position to seduce interesting names in the transfer or free agent market.