The Nice team that had disappointed with its start in the league, finally in the 5th race of the day managed to celebrate its first victory this year in the Basket League at the headquarters of Lavrio with

Now Ionikos has record 1-4 but remains very low in the ranking, while Lavrio counts three defeats in an equal number of games.

Hugaz, three-pointers and… +8 for Ionikos!

In the second ten minutes of the match the rhythm dropped significantly but this did not prevent the guests from holding the lead with 33-31 (at 15 ′). Lavrio was “hurt” by his defense and Ionikos remained in front of him score 42-36 (at 18 ′) and the first part ended with 51-43 and the Nicaeans to have 7/14 three points (50%) and Hougaz to be excellent with 18 points and 7 rebounds!

The second half of the match in Lavrio started with his players Christos Serelis to increase the pressure on the defense and manage to reduce by individual score 8-2 to 53-51 (at 25 ′). The pace had dropped significantly with both teams not being able to score but keeping Ionikos a minimum lead of 57-54 (at 28 ′) and the third period ended with 63-58.

In the fourth and last ten minutes of the match the derby held well with Ionikos remaining ahead with 72-69 (at 35 ′). In the last three minutes Lavrio saw the difference to increase to -8 (79-71) and the guests to be close to a great victory. The difference reached and double-digit levels (83-73) for Ionikos who in the final celebrated the double with 91-81.

Key playerLeading the winners were Hougaz with 18 points and 11 rebounds, while Smith also made a difference with 18 points, 6 assists, 3 rebounds and 2 steals, Pritget with 16 points and 7/9 shots and Hollowell with 14 points. and 9 rebounds. 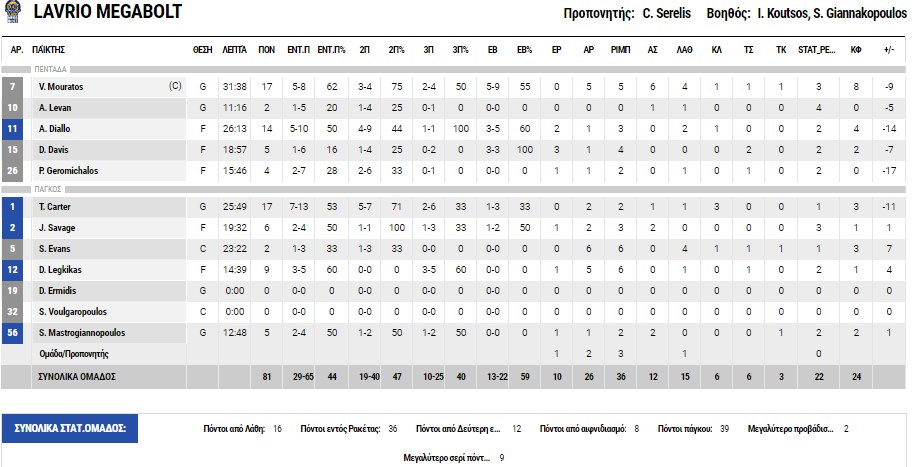 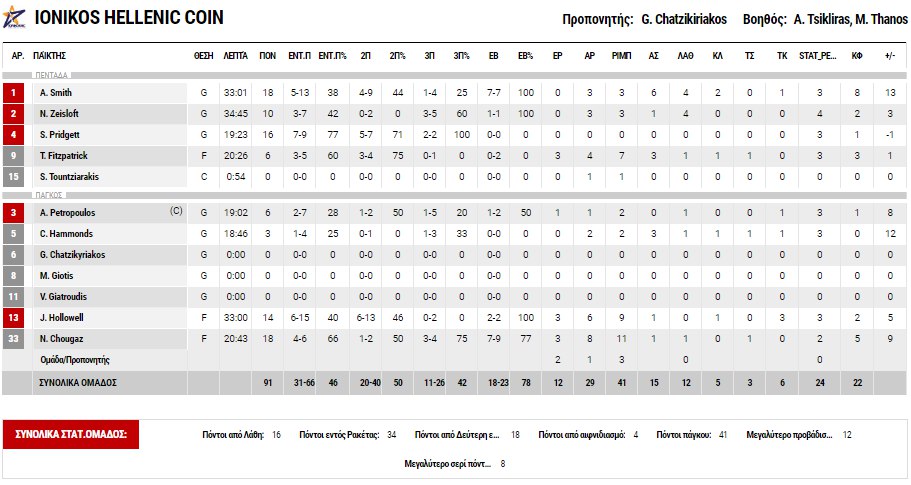