Olympiacos made Costas Koufos its own, with the new transfer acquisition of Piraeus making its first statements as “red and white”, speaking on the official site of KAE.

The new transfer acquisition of Olympiacos, spoke about the goals he has set as a player of the “red and whites”, but also about how much he can’t wait to be back on the floor with his former teammates.

“I am just looking forward to the opportunity. My goal is to come and help the team win as many games as possible, with the hope that a great result will come! ”, The international center initially stated, while later he referred to George Bartzokas, saying: “We talked to the coach. It’s great! Obviously what he wants from me is to help the team. “Olympiacos already has many talented players, it is a great team and what we all want is to finish the season as strong as possible”.

After his departure from CSKA, Costas Koufos was out of action for a significant period, but this will not be a problem, as he stressed: “I am definitely in good condition. I train hard and every day all this time. I may need a little time to adapt, but I will definitely succeed “.

Regarding his transfer from the Russian team – which was his first experience outside the NBA – he said: “At CSKA it was not difficult for me to adapt. Some conditions were just created. Unfortunately I was unlucky and injured at the start of the season. That’s it. However, as many times as I took part time I played quite well. But all this is past. Now I am an Olympiacos player and I can’t wait to play with my old teammates in the National Team and to finish the season strong. I am referring to Sloukas, Papanikolaou, Printezis and Spanoulis. They are all really good players, with great talent and I am lucky to be a member of this team “.

Finally, he did not fail to send his message to the “red and white” fans: “I am excited to play for Olympiakos. Be sure that I will give my best, so that I can cope with the role assigned to me and get as many victories as possible! ”. 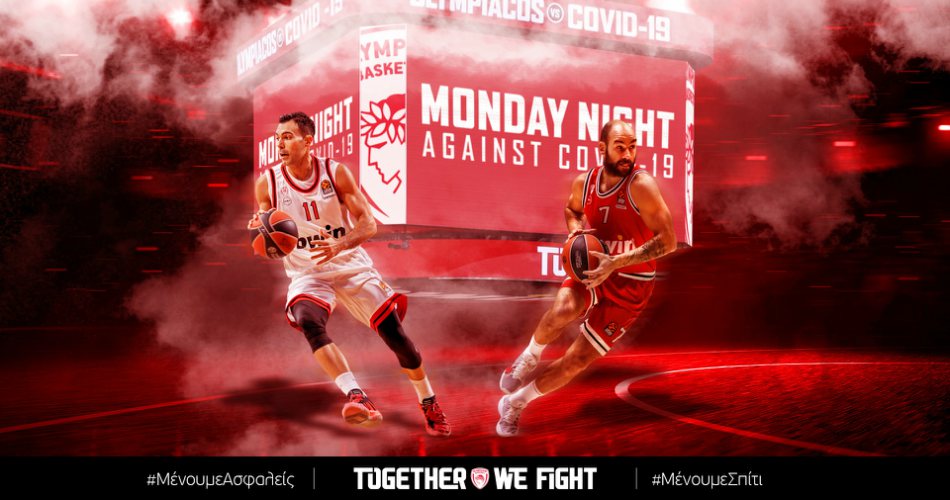 The match will be televised by ERT3.

Koufos & Olympiakos: The “yes” that σε was 13 years late!

Koufos: Set up a party with the tall men of Panathinaikos (videos)

RETRO: The great battle of Koufos with Matsvan in the final of Eurobasket K18 in 2007 (video)