With this result, Aliağa Petkimspor got its 5th victory while Empara Halı Gaziantep Basketball lost its 5th.

Although the sides showed a balanced game in the first minutes of the match, Kendrick Ray started to pull the burden on behalf of the home team in the later moments of the period and the first quarter was finished with a score of 21-14. Gaziantep Basketball closed the gap in the second quarter with the influence of Brynton Lamar, but the home team was ahead 40-32 with the participation of Steve Zack.

The guest team, which took control of the game from the first moments of the third quarter and started to close the gap with Trevis Simpson’s scorer game, entered the referee timeout 47-48 before the end of the quarter was 04:57 minutes. Gaziantep entered the final period 54-61 ahead as Simpson continued his effective game in the rest of the quarter. In the last quarter of the match, the defenses spoke. In the last quarter, where neither team gave much chance to their opponent, the home team became the laughing party with their foul hit in the last second.

Kendrick Ray played a very important role in the victory with his performance of 15 points and 7 assists in the host team, and Ian Hummer also scored 15 points. Thomas Wimbush was another name that scored double digits with 13 points.

Trevis Simpson scored 13 points in the visiting team, while Rashard Kelly’s performance of 11 points – 7 rebounds was not enough to prevent the defeat.

Statistics of the match: 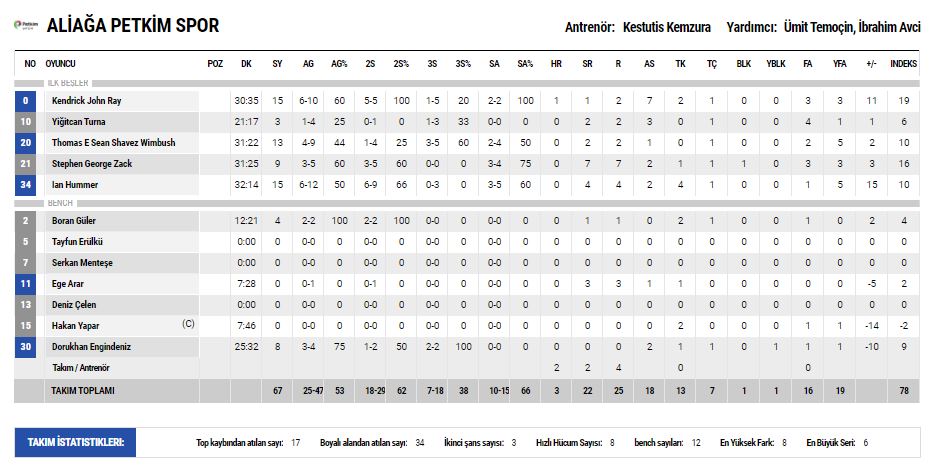 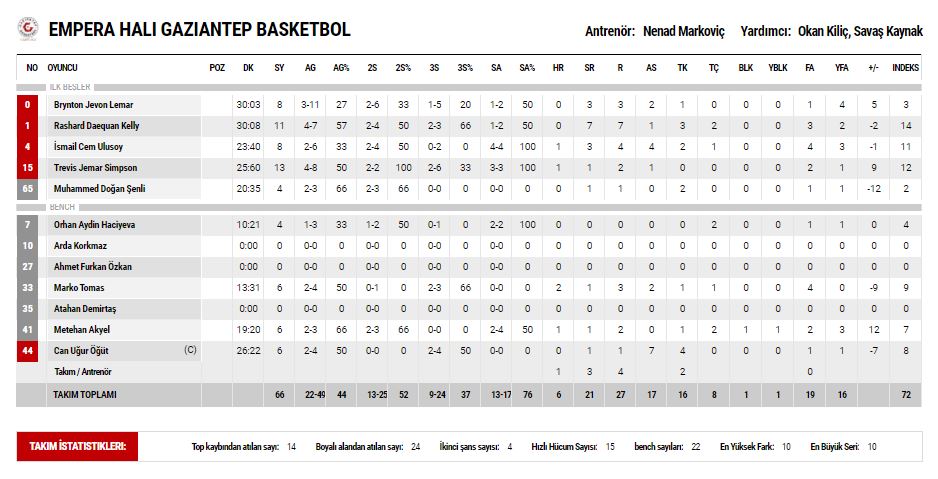 Click for all the developments from the Basketball Super League!